Donald Trump Must Call for a New Civil Disorder Commission 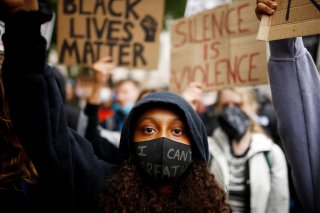 Over the past sixty years, there have been times when extraordinary events have occurred which have disrupted the domestic tranquility of Americans.

The twin forces of the coronavirus pandemic and the civil disorder across the nation following the murder of George Floyd in Minneapolis, Minnesota, in June have brought the country to this place in history.

During similar periods of disruption, the federal government has relied on the use of a national commission construct designed to be independent and free to unearth facts, develop findings and make fact-informed recommendations for America's local, state, and federal governments.

These national commissions represent the “best practices” of governance when put to the task and allow the commissioners to seek the truth on the ground with community stakeholders, their community leaders and the citizens affected by these twin forces.

Creating a Coronavirus National Commission would leverage the ongoing Coronavirus Task Force “whole of government” approach to capture each waypoint along their journey leading to determinations of where our national, state and local capability gaps reside across the U.S. Public Health Service and our public and private health infrastructure.

The last national commission was established under law in November 2002 by Congress and President George W. Bush. That law called for an independent, bipartisan panel to examine the facts and circumstances surrounding the September 11 attacks, identify lessons learned and provide recommendations to safeguard against future acts of terrorism.

That process should be used to create these two new national commissions; it would work again.

America needs to have an inclusive national conversation, based on the facts, delivered by a robust national commission, on both issues.

The health of the American people and their need to truly secure, in Thomas Jefferson’s words, “their unalienable rights,” which include life, liberty and the pursuit of happiness. They should be assured of equality in race relations and police conduct. They should have the opportunity to live and thrive in the U.S. economy.

Both commissions need to tackle their tasks with a sense of urgency—particularly given that this is an election year. They should deliver the truth on where the country has performed well, where it has lacked capacity and where it should invest its resources to close the inequality gaps that divide the American people.

To summarize, the United States has some of the best minds and leaders. The American people need those leaders to determine the truth so that the country can address its problems.

The national commission is a tried and true “best practice” needed now! These two National Commissions should be put forward by President Donald Trump with the support of Congress. “We the People” deserve a quick, independently reported truth based on this tried and true best practice. Let’s get this right.