Donald Trump and the Art of Trashing the Nuclear Deal 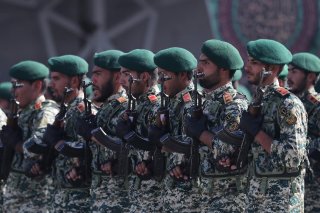 The Iran Nuclear Agreement Review Act, which Congress passed in May 2015, requires the president to certify every ninety days that Iran is complying with the terms of the Joint Comprehensive Plan of Action (JCPOA), commonly known as the nuclear deal. After months of vacillating between certification and withdrawal, reports now indicate that President Donald Trump is now prepared to decertify Iran’s compliance with the agreement on October 15. If the decision has truly been made, then the Trump administration is punting the future of the agreement to Congress and the United States is plunging into uncharted waters. However, critics of the JCPOA should hold their applause because this path holds serious risks for the United States. Decertifying the agreement in rejection of the wishes of our European allies and Russia and China, the other two stakeholders, is certain to undermine the credibility of American commitments and fracture the coalition that is keeping Iran to task. Moreover, gambling with the future of U.S. nonproliferation policy in the Middle East for partisan gain is a poor way to promote regional stability and the security of American allies. Therefore, an objective assessment of the deal and of the risks of withdrawal must be a part of the Trump administration’s deliberations going forward.

To date, the certification of Iran’s compliance has been based on information provided by the International Atomic Energy Agency (IAEA), which is performing inspections into Iran’s nuclear program with an unprecedented degree of intrusion and frequency. These reports, to date, have been accepted by all of Trump’s senior political, military and intelligence advisors. Decertification would mean that either Trump’s top advisors are now convinced that Iran is no longer compliant or that Trump decided that certification was no longer in the United States’ national interest. If this occurs, then Congress has sixty days to decide whether to bring back sanctions that were lifted after the JCPOA went into effect.

If the United States withdraws from the JCPOA, then it will see a small number of transient benefits that are greatly overshadowed by a range of enduring costs. Opponents of the deal, such as former U.S. ambassador to the UN John Bolton, have waded into idealism by arguing that the United States can create a “new reality” that is more favorable to American interests and requires fewer concessions. In his Iran nonpaper for the National Review, Bolton envisions a deal that considers the “legitimate interests” of American regional allies—alluding to the linkage of ratification to Iranian nuclear dismantlement—and both accounts for Iran’s interference in the affairs of its neighbors and its relationship with rogue nations like North Korea.

Unfortunately, Bolton only outlined how to make a withdrawal more politically palatable for domestic and international audiences. He omitted a plan for new negotiations or addressing the likelihood of European, Russian or Chinese acquiescence. His suggestion that the United States could “move ahead with or without [Russia or China]” belies the certainty of Russian and Chinese obstinacy in supporting the JCPOA. Chinese thinking has been succinctly summarized by both its delegation to the UN and its foreign ministry, which respectively described the deal as a “successful example” of diplomacy that all relevant parties should continue to implement. The Russian foreign ministry went even further this summer by praising Iran’s “unfailing compliance” and labeling American attempts to increase pressure on Iran “a violation of the spirit and letter of the JCPOA.” Given Iranian compliance, neither Beijing nor Moscow will squander their developing economic and political ties with Tehran to placate a U.S. policy that is viewed abroad as both irresponsible and dangerous.

Furthermore, any American strategy to increase the pressure on Iran will depend on European support. If Iran was truly acting in poor faith, then Britain, France and Germany would undoubtedly stand with Washington in condemning Iranian actions. However, the political statements emanating from London, Paris and Berlin reflect the opposite position—all three countries support the agreement and its continued implementation. If President Trump decertifies Iran, then American credibility and reliability will be damaged and European diplomats will be forced to bypass the executive branch and lobby Congress to save the deal.

Another fallacy often attributed to the JCPOA was illustrated in a recent speech at the American Enterprise Institute by U.S. Ambassador to the UN Nikki Haley. That’s when she denounced the deal’s failure to moderate Iranian behavior, specifically its support for terrorism, proxy groups and ballistic-missile testing. Although these problems must be addressed, they were never meant to be addressed within the scope of the JCPOA, which was specifically tailored to achieve a prioritized national-security objective: preventing an Iranian nuclear weapon.

Yet, according to Haley, the deal has produced an environment of nuclear blackmail by constraining American options out of a fear that Iran could exit the deal. This argument—much like her refutation of the IAEA’s ability to verify Iran’s compliance without unfettered access to all undeclared sites—does not hold up to scrutiny. First, as British foreign secretary Boris Johnson has written in the Washington Post, the “truth” of the agreement collapsing is “that Iran—not the United States or Britain—would regain the most freedom of action” in addition to nuclear arms. Second, in an article for the New York Daily News, Middle East diplomat Dennis Ross argued that Washington could more effectively coerce Iran through targeted economic sanctions and international diplomacy, which, unlike abandoning the JCPOA or rejecting the IAEA’s findings of sustained Iranian compliance, would not harm American credibility and its relationship with Europe. Additionally, it would isolate Tehran instead of Washington.

There is precedent for Ross’ belief that a strategy to pressure Iran will not collapse the deal. Threats of withdrawal from Iranian political leaders notwithstanding, the JCPOA has neither prevented the passage of new American sanctions against the Islamic Revolutionary Guards Corps (IRGC) for ballistic missile testing nor has it kept the United States from supporting friendly proxy forces in Syria or striking Iranian-backed forces near strategic flashpoints like the al-Tanf border crossing with Iraq. Short of outright provocations like kinetically striking Iranian personnel or war (which the JCPOA was specifically meant to avoid), Iran is unlikely to risk its economic recovery and diplomatic rejuvenation by choosing withdrawal.

Moreover, it is worth recognizing that a deal encompassing all of Iran’s behavior is as much of an impossibility today as it was in 2015, given Iran’s ideological commitment and multifarious means to enhance its security at the expense of American allies in the Middle East. As Suzanne Maloney of the Brookings Institution revealed to the House Committee on Foreign Affairs Subcommittee on the Middle East and North Africa in September 2015, Iranian support for terrorism and proxies cannot be realistically stopped by economic sanctions because it has historically been detached from resource considerations and subsisted in spite of “epic constraints.” If the height of the international-sanctions regime did not stop Iran from pursuing goals, which are antithetical to U.S. policy (e.g. propping up the Assad regime in Syria), additional pressure from a fragmented coalition will not stop them now.

Furthermore, despite that the JCPOA does not address Iranian ballistic-missile testing, Iran has expressed its willingness to engage with the United States over this sticking point. This opportunity should be thoroughly explored because, as Michael Eisenstadt of the Washington Institute for Near East Policy observed in March, Iran’s existing ballistic-missile arsenal (already the largest in the Middle East) is set to double by 2030—just as the JCPOA’s major limits will expire. Eisenstadt concludes that an Iranian nuclear breakout capability poses the pinnacle Iranian threat to U.S. national security, given the sophistication of Iran’s nuclear-capable missiles forces and the proximity of American bases and allies. Rather than decertifying or withdrawing from the JCPOA over its “failure” to address ICBM testing, he advocates for a strategy of closing loopholes within the JCPOA and the IAEA’s Additional Protocol (which Iran is required to “provisionally apply” and then ratify under Annex V of the JCPOA) and building international pressure to dissuade the development of an Iranian industrial nuclear capacity after restrictions are lifted in fifteen years.

Due to the fact that decertification rests upon the claim that the JCPOA is no longer in the U.S. national interest, it logically follows that Washington will pursue additional pressure or renegotiation. As James Jeffrey wrote last week for the Washington Institute, the United States could increase pressure on Iran by leveraging the power of the U.S. dollar in international finance to deter states and businesses from investing in Iran or by pursuing diplomatic initiatives to undermine the impression that Iran is a reputable member of the United Nations. However, both Jeffrey and Adam Szubin, the previous director of the Office of Foreign Assets Control, have acknowledged that a policy of economic intimidation without clear Iranian violations will “threaten the long-term primacy of the U.S. dollar and undermine our own markets and leverage.” Likewise, Jeffrey recognizes that American noncompliance will result in undesirable outcomes: parallel Iranian violations, such as additional uranium enrichment, or Iranian compliance, which would isolate Washington from the rest of the agreement’s stakeholders.