Donald Trump: A Victory for Realists? 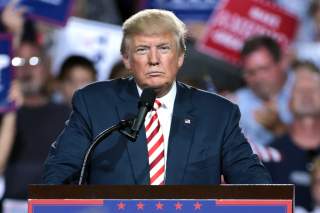 The presidential election ended with a victory for Donald Trump. It is less clear whether it will also result in a victory for Trumpism.

“The most important difference between our plan and that of our opponents, is that our plan will put America First,” Trump declared at the Republican National Convention. “Americanism, not globalism, will be our credo.”

That message helped Trump redraw the Electoral College map by moving vast swathes of the Rust Belt into the Republican column. He won whites without a college degree by nearly 40 points and carried several states that voted twice for Barack Obama. Some of them hadn’t gone to the GOP since the 1980s.

Voters who thought immigration was the most important issue broke for Trump 64 percent to 32 percent. Those who cared most about terrorism went for Trump 57 percent to 39 percent. He was going to cut better deals on trade and ruthlessly promote American interests.

At his best, Trump is someone who is realistic about the country he wants to make great again. He understands there is a limit to the wars we can fight successfully, the debt we can amass and our capacity to assimilate immigrants from all corners of the world.

Alas, Trump is frequently not at his best. He mixes sound ideas, such as opposition to the disastrous invasion of Iraq, with crackpot ones about stealing Iraqi oil or endorsing torture. If the most vocal anti-Trumpers too frequently err on the other side of these policy positions, they also do understand how his character flaws make him uniquely unsuited for the powers and responsibilities of the presidency.

Some smart people hope that Trump will break the neoconservative hegemony over the American right and Republican foreign policy. It seems just as likely he will set back efforts to broaden conservative perspectives on these issues.

Trump’s rise has elicited strange new respect for George W. Bush and other Republican hawks who have been unwilling to rationalize the president-elect’s least defensible behavior. Those who were once seen as discredited are now voices for decency.

Nor is Trump’s own inner circle, such as it is, a hawk-free zone. Rudy Giuliani, Chris Christie and Newt Gingrich are hardly famous for their foreign-policy restraint. The same could be said of Michael Flynn and Michael Ledeen. Vice President-elect Mike Pence has been more hawkish than Trump and is likely to have significant influence in the administration.

Where are the realists?

Trump himself has been all over the place on how interventionist his foreign policy will be and some of his comments about the treatment of innocents abroad are as cringe-worthy as his videotaped “locker room banter.” Trump talks about building the wall, but it is unclear how much he actually believes the full immigration-reduction platform he has borrowed from Sen. Jeff Sessions, R-Ala.

Only on trade has Trump consistently espoused the nationalist and populist positions that have become a core part of his political brand. The New York businessman has been complaining about the ineffectiveness of U.S. trade negotiations since the 1980s. He was for amnesty as recently as the aftermath of the 2012 presidential election.

If Trump is serious about his new positions, his election will grant him a hearing from Republicans who otherwise wouldn’t touch them with a ten foot pole. Nevertheless, a lot would ride on the success of a Trump administration.

Since Trump has shown little interest in the details of policy or governance, this raises two obvious problems. The first is that Trump will simply outsource his decision-making in these areas to people who don’t differ meaningfully from Bush Republicanism. The second is that Trump will govern incompetently, which will be bad for the country on its own terms and will surely be damaging to any reassessment of GOP foreign policy.

Perhaps Trump will exceed expectations as a president as he did as a candidate. But we’ve heard tales of a humble GOP foreign policy before.