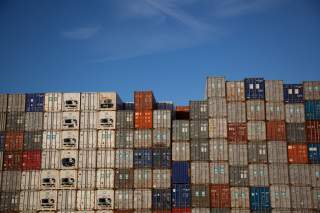 Donald Trump has gotten a great deal of attention this year for his harsh rhetoric about trade and lost jobs. When his campaign has delved into more specific policies, however, he doesn’t offer much that’s different from Hillary Clinton. They both oppose new and old trade agreements, and they both want to use domestic trade laws and international dispute mechanisms more aggressively. Until now, the “debate” over trade has been mostly about trust, with Clinton accusing Trump of being a hypocritical “outsourcer” and Trump accusing Clinton of secretly supporting trade deals she publicly opposes.

With just a few weeks left in the campaign, the candidates have finally stumbled upon divergent concrete policy proposals regarding trade. Unfortunately, both proposals amount to nothing more than meaningless fluff meant to sound like thoughtful reforms.

Clinton says she will create a “trade prosecutor” position “for the first time in history” to make sure our trade agreements are “enforced.” This proposal is surely meant to appeal to trade critics on the left who commonly complain that past presidential administrations have let foreign countries violate trade commitments without consequence.

The biggest problem with Clinton’s proposal is that this position already exists. U.S. efforts to bring dispute settlement cases at the World Trade Organization or under various other free-trade agreements are currently directed by the General Counsel at the Office of the U.S. Trade Representative.

What’s more, this office has been quite busy over the years representing the United States in dozens of cases brought by and against the United States at the WTO. In 2016 alone, the Obama administration brought two new cases against China over farm subsidies and export restrictions while securing favorable rulings in ongoing cases concerning local content requirements in India and aircraft subsidies in Europe. Clinton has given no indication that her proposal amounts to anything more than renaming that existing office and hiring some more people to work in it.

Meanwhile, Donald Trump has proposed the creation of a new office in the Department of Commerce he is calling the “American Desk,” which would oversee numerous trade programs currently located in different cabinet departments.

Like Clinton’s proposal for a “trade prosecutor,” Trump’s “American Desk” proposal does not include any real change in policy, just a minor bureaucratic reshuffling. Trump explained his reasoning at a recent campaign event: “American trade policy is currently mismanaged by dozens of competing bureaucracies spread over the Departments of Agriculture, Commerce, Labor, State and Treasury, and the U.S. Trade Representative doesn’t know where he’s going.” In Trump’s administration, “all trade policy will be consolidated in to one office. It will report to a thing called the American Desk. I will call three times a day.”

Trump seems to believe that federal agencies will be more useful if someone regularly reminds them to work harder. But there’s no real reason to expect that rebranding reorganized federal agencies will actually change how those agencies operate, and the Trump campaign hasn’t offered any specific examples of how it could.

Interestingly, Trump’s reshuffling idea looks a lot like a proposal Barack Obama made late in the 2012 presidential campaign. Obama proposed creating a “Secretary of Business” that would oversee all of the federal government’s various business subsidy programs. The plan was criticized by the Romney campaign, which chided that Obama’s “solution to everything is to add another bureaucrat.”

Like Obama’s proposal, Trump’s reshuffling idea is politically impractical. Moving existing programs to a different department would take jurisdiction over those programs away from congressional committees whose approval would be required before the move takes place. In short, the initiative would require the administration to spend a lot of political capital for no real benefit.

Ultimately, Trump’s American Desk and Clinton’s Trade Prosecutor proposals are just smoke and mirrors, used to disguise the fact they don’t actually have creative or unique trade policy ideas. Voters will need to look elsewhere to distinguish between two candidates who both claim to be the only genuine protectionist on the ballot.