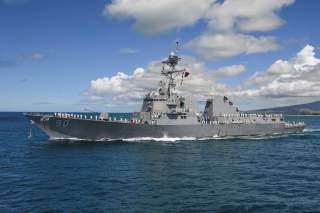 Last month, the White House announced that President Donald Trump will travel to Japan, South Korea, China, Vietnam and the Philippines in November. In Vietnam and the Philippines, he will participate in the Asia-Pacific Economic Cooperation (APEC) summit and the Association of Southeast Asian Nations (ASEAN) summit, respectively. This is a great itinerary for Trump’s first presidential foray into the region—the lineup includes three of Washington’s five regional allies; Asia’s two largest economies; three of America’s top six trade partners; the crisis-prone Korean peninsula; a flight over the contested South China Sea; and two major summits in a region in which, as the saying goes, half of diplomacy is just showing up. In short, the trip will present the president and his team with a great learning opportunity and a superb chance to advance America’s interests in Asia.

Media attention—and likely the president’s as well—will almost certainly be focused on President Trump’s efforts vis-à-vis North Korea and with respect to trade. These have been priorities for the Trump administration from day one. With “Rocket Man” lobbing missiles over the Japanese home islands and Beijing placing unrelenting pressure on the administration of Taiwan’s President Tsai Ing-wen, it’s easy to let Asia’s traditional hotspots distract from the Southeast Asian subregion. But it is in the latter half of his trip that the president will have an opportunity to begin shaping the region’s geopolitical map in America’s favor.

Mixed Signals from The White House

Before President Trump can do so, however, he must first reassure Southeast Asian elites that he understands the region’s importance and that he sees the ASEAN member states as more than tools with which to enact his North Korea policy. Over the first eight months of his presidency, signals have been mixed.

One of Trump’s first actions as president was to withdraw from the Trans-Pacific Partnership (TPP), the high-standards free trade agreement that would have tied together twelve Pacific Rim countries, including four from Southeast Asia (Vietnam, Malaysia, Singapore and Brunei). The TPP was an imperfect trade agreement, but Trump’s withdrawal, without even an offer to renegotiate, threw under the bus American negotiating partners that had expended political capital in their respective capitals. The withdrawal signaled, unintentionally or not, that the new administration was content to see China take the lead in establishing the regional trade order.

The maritime Southeast Asian states were likewise disappointed that four full months passed by after the inauguration without a freedom of navigation operation (FONOP) in the South China Sea, in contravention of expectations that the new administration would eschew Obama-era timidity on the issue. There have now been four such exercises since late May—the president reportedly eschewed earlier FONOPs to avoid antagonizing China as Washington sought Beijing’s assistance with North Korea—and Trump has reportedly approved a plan for regular patrols into next year, but how these operations fit into a U.S. strategy for the South China Sea—or whether such a strategy even exists—remains an open question.

To be sure, there have been welcome signals of engagement in the region as well. Over one weekend in late April, President Trump had separate phone calls with President Rodrigo Duterte of the Philippines, Prime Minister Lee Hsien Loong of Singapore and Prime Minister Prayut Chan-ocha of Thailand—the leaders of America’s two allies in Southeast Asia and of a very close security partner (Singapore). The president invited all three leaders to the White House (none has yet visited). One can take issue with the president’s outreach, in particular, to Chan-ocha (he’s a coup leader) and Duterte (human rights abuses have been on the rise since he came to power), but the closely scheduled phone calls marked an unambiguous signal that the Trump administration values its oldest partners in the Southeast Asia.

This past summer, U.S. special operators and surveillance aircraft provided support for the Armed Forces of the Philippines in their battle with ISIS-linked militants, which laid siege to the southern city of Marawi. The events that have unfolded in Marawi are tragic, but American engagement should have served as a potent reminder to the anti-American Duterte that Chinese money cannot begin to match the value of the U.S.-Philippines alliance. There is a reason the annual joint military exercises are dubbed “Balikatan,” which means “shoulder-to-shoulder” in Tagalog. The Philippine defense minister has just announced a return in 2018 to a fuller schedule of bilateral exercises after Duterte ordered a more limited set in 2017.

On May 31, Vietnamese Prime Minister Nguyen Xuan Phuc became the first Southeast Asian leader to visit the Trump White House. By most accounts, this was a successful visit, as evidenced by the joint statement. The statement took note of $8 billion in new commercial deals, the sort of announcement that is sure to please President Trump. The statement raised the possibility of an aircraft carrier visit to Vietnam, which highlighted just how far bilateral ties have come since normalization in 1995, the anxiety with which Hanoi views Beijing’s assertiveness, America’s interest in Vietnam’s security and, perhaps, a gradual erosion of Vietnam’s commitment to its “Three Nos” defense policy (no military alliances; no foreign military bases; no reliance on one country to combat another). Finally, the joint statement’s paragraph on the South China Sea suggested Vietnam has embraced a legal approach to disputes that aligns with Washington’s own understanding of relevant international law.

Lastly, President Trump’s meeting with Malaysian Prime Minister Najib Razak at the White House last month was likely an unforced error, but perhaps a well-intentioned one. Najib, of course, is under investigation by the Justice Department for corruption. It may prove mistaken for Trump to have invested in a relationship with a deeply corrupt leader facing challenges not only from democratically-minded reformers, but also from former prime minister Mahathir Mohamad, who dominated Malaysian politics for two decades and who has aligned with the opposition—including the jailed Anwar Ibrahim—to unseat Najib.

Unintentionally or not, Trump waded into a Malaysian political morass, tossing a life line to a leader whose prime ministership may end in disgrace and without receiving anything of substance in return. Considering the relatively richer bilateral history, the U.S.-Malaysia joint statement issued last month looked anemic as compared to that released after Phuc’s May visit to Washington.

It may be that Najib has effective lobbyists or that, as some argue, Trump has a soft spot for strongmen. The White House spin, however, was that the meeting was held with the intention of “celebrating the 60th anniversary” of bilateral ties and “discussing ways to strengthen and broader our bilateral relationship and expand regional cooperation with one of America’s closest partners in Southeast Asia.” Indeed, due to its geographic position and its economic potential, Malaysia is an important state in Southeast Asia. Ensuring that it is a reliable partner for the United States or, at least, that it remains reliably independent of undue Chinese influence, should be a priority for Washington.

On the other hand, it would be inaccurate to suggest the region has been overlooked. Since April, there has been sustained engagement with regional leaders, at both the level of the president and that of the secretary of state. Indeed, Trump and Secretary of State Rex Tillerson have repeatedly reaffirmed the principles of the Sunnylands Declaration, the joint statement issued after President Obama’s landmark summit with the ASEAN leaders in February 2016. And, of course, the president’s decision to attend the APEC and ASEAN summits shows an interest in and commitment to the region.

Early actions by this administration raised fears of a significant break in America’s approach to Southeast Asia, but the last four months or so suggest that continuity, rather than disruption, is the order of the day. Even so, one would be hard-pressed to define the Trump’s administration’s Southeast Asia strategy.

Presidents Bush and Obama laid a solid foundation for a successful American approach to the region. President Trump should take advantage of upcoming travels to begin building on that foundation. The occasion lends itself to a major speech akin to President Obama’s before the Australian Parliament of 2011, during which he outlined his administration’s Asia strategy. There is, at this point, little evidence that the Trump administration is ready to take such a step. A China policy review is underway, the conclusion of which should presumably precede the construction of a strategy for Southeast Asia or the region more broadly. Even so, a major address on the sidelines of the ASEAN summit, in which the president describes American interests and American priorities, would be valuable.

As pressing as the Korean peninsula crisis is, North Korean denuclearization should not be at the top of that list of priorities. Rather, President Trump should lay out a vision for Southeast Asia that benefits Southeast Asians and Americans alike. That vision should have three key pillars:

- Over the long term, the United States should strive to shape a Southeast Asia that is at peace with itself and its neighbors and in which states can resist external coercion.

- The United States should seek to shape a Southeast Asia that embraces free market economics and is more deeply integrated with global trade and financial flows.

- The United States should seek to shape a Southeast Asia that, eventually, is a community of likeminded democracies in which human rights are championed.

In publicly committing himself to such a vision, President Trump can reassure ASEAN member states that, following on President Obama’s supposed and much-vaunted “return” to Southeast Asia, America is here to stay. He can convey to Beijing that turmoil in Korea does not present China with a strategic opportunity to its south. He can likewise provide impetus to his bureaucracy in Washington, which has thus far lacked strategic guidance—give appointees and career civil servants goals and they can start to put some meat on these strategy bones. During his visits to Vietnam and the Philippines, Trump can begin to do so as will.