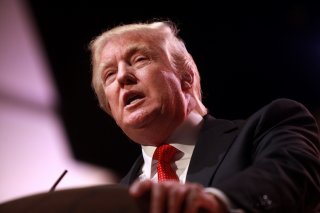 On Inauguration Day 2017, Donald Trump will inherit Barack Obama’s “pen and phone” inside the Oval Office. Within the first day, by using the power of executive authority, he can begin to reshape U.S. foreign policy even without securing support from within the Congress for these actions, by following the path that his predecessors Barack Obama and George W. Bush have already laid out.

• The United States ratified the Paris climate-change accord as an executive agreement, with President Obama committing the United States to this agreement by virtue of his power to conclude agreements with other states and utilizing preexisting executive-branch authorities to direct the federal government to take regulatory steps to enforce its provisions. With the stroke of a pen, a President Trump can unsign the agreement and instruct the various agencies of the executive branch not to enforce its provisions.

• To some extent, the horse has left the barn on the Iran nuclear agreement, because its core was the U.S. vote in the United Nations Security Council to lift the binding international sanctions against the Islamic Republic. The United States cannot unilaterally reimpose those sanctions, unless it can bring credible evidence to the UN Security Council that Iran is in violation of its obligations under the accord. Moreover, Iranian funds frozen in U.S. financial institutions have now been released. However, using the broad discretionary authority for the president to impose U.S. sanctions against countries and third parties, a President Trump would have the ability to use economic tools to attempt to renegotiate sections of the deal, or to push for separate agreements that would deal with missiles or Iran’s support for its proxies in other parts of the Middle East.

• President Obama defined the islands that are currently disputed between Japan and China as falling under the provisions of the U.S.-Japan defensive alliance, meaning that a Chinese incursion would be treated by the United States as an assault on the Japanese home islands. A President Trump could reverse this position to maintain that while the United States will honor its treaty commitments if territory that is undisputedly Japanese is attacked, it will reserve the right to consider the situation if Japan and China get into a spat over the disputed islands rather than to automatically respond in Japan’s favor. This might be a way he could seek to defuse tensions with China, although at the risk of alienating Japan.

• At the same time, a President Trump has the authority, via his treasury secretary, to make a ruling as to whether China is manipulating the value of its currency in order to make its exports cheaper vis-à-vis U.S. produced goods. If such a determination is made, he could then impose tariffs and other penalties that would raise the price of Chinese-produced goods in the United States. The risk is whether this starts a long-running trade war with China, or whether it serves as the basis for both sides to “make a deal.”

• While some sanctions against Russia are a part of U.S. statute—notably the Magnitsky Act—and cannot be waived by the president, other sanctions are imposed by executive order. As a way to induce Russia to the negotiating table, a President Trump could unilaterally suspend some of the U.S. sanctions currently imposed over the situation in Ukraine if Russia were to show flexibility in offering compromises on Ukraine, Syria or other contentious issues. Sanctions could then be lifted altogether—or reimposed—depending on whether a satisfactory deal could be reached with Vladimir Putin or whether the Russian side would in fact implement its provisions.

• A President Trump would almost certainly repeal any existing executive orders that delay or suspend enforcement of immigration violations. In addition, using executive authority, albeit with a need to repurpose or redefine existing funds via emergency contingency operations, or in the context of an exercise, he could initiate a symbolic fortification of the southern border. (Much would depend here on the creative lawyering of his White House counsel and the counsels at the Departments of Defense and Homeland Security.)

• Just as the “U.S. flag requirement” for air and sea carriers conducting business for the U.S. government has helped save some U.S. shipping firms, a President Trump could use executive authority to redefine what constitutes an “American-produced” good that, in particular, the Department of Defense would be required to purchase, to expand the definition away from final assembly to include manufacture of component parts or resourcing of raw materials—to further incentivize U.S. companies to return production to U.S. soil. To revive domestic U.S. energy producers, a Trump administration could mandate that the Department of Energy purchase oil from domestic U.S. producers at a fixed price in order to shield domestic firms from the current downturn (although here Congress would have to appropriate the funds, which may run up against the free-market orthodoxy of purchasing oil at the lowest price from any supplier).

All of these actions could very easily run up against sustained bureaucratic resistance and Congressional opposition, and the costs may prove to be far too high—as President Obama himself discovered when trying to implement his executive order to close the Guántanamo Bay facility by January 2010. There are also second- and third-order effects that would have to be carefully considered. Yet this thought experiment demonstrates that a President Trump does have some immediate tools at his disposal to begin implementing his agenda. It all depends on what sort of impact he wants to make.