Don't Be Fooled: Hillary's Email Scandal Is a HUGE Deal 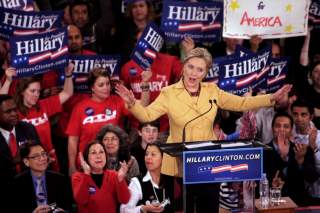 The worse it gets for Hillary Clinton’s email situation, the more strident the denials from her campaign become. Not simply disavowals of intentional wrongdoing, mind you, but insistences that this controversy doesn’t really matter at all.

Clinton’s communications director breezily told supporters—in an email, naturally—that “this kind of nonsense comes with the territory” of a rough-and-tumble campaign. This nonsense is the expectation that classified information be handled on secure servers, in compliance with Obama administration protocol if not the law, and that all other official business conducted by the secretary of state be subject to normal public-disclosure requirements.

The idea is to follow the vintage 1990s playbook for dealing with Clinton scandals and hope the Republicans do the same. Strenuously deny even the slightest ethical lapses and characterize allegations to the contrary as mendacious, mindlessly partisan, hypocritical or some combination of all three. Watch Republicans overreach, turning even the slightest ethical lapses into felonies for which they confidently predict the Clintons or their allies will be imminently incarcerated.

In this familiar scenario, the select committee investigating Benghazi becomes a throwback to the many panels preceding it looking into everything from Whitewater to the tawdry affairs of the Clinton-era White House travel office. Trey Gowdy becomes Kenneth Starr.

This time, instead of a vast right-wing conspiracy of conservative magazines and websites, the Clinton machine points to a hastily reported New York Times piece that mischaracterized the scope of a probe into how sensitive emails were handled, suggesting the former secretary of  state herself was already the target of a criminal inquiry.

Democrats who might otherwise worry that Hillary Clinton’s unorthodox State Department email habits will create problems in 2016 have weathered so many Clinton scandals by this point they find it hard to believe any will ever prove decisive electorally.

As the FBI claims Clinton’s private server, which she once asserted would never be turned over, perhaps they should consider the issue with an open mind. At least two messages in her private account have been classified “Top Secret.”

Perhaps hundreds of emails on the server require classification. An inspector general report to Congress “contained classified State Department information when originated.” If so, that would contradict Clinton’s claim that none of these emails were classified at the time they were sent, but might have been classified after the fact.

Did anyone on Clinton’s staff break federal laws governing how classified materials are handled? Does the name Sandy Berger mean anything to you?

On top of all this, Clinton’s server was reportedly unencrypted for three months. During that time period, did the Russians or the Chinese, to say nothing of spies from other countries, access her email?  “The number of spy services interested in the communications of the U.S. Secretary of State numbers more than a hundred,” writes security consultant and NSA veteran John Schindler in the Daily Beast. They might already know the answers investigators are currently looking for.

None of these questions can easily be waved away by pointing to Jeb Bush’s email practices as governor of Florida or what Bobby Jindal has been up to in Louisiana. It’s not like government data has always proved impervious to prying eyes even under better circumstances.

This is a serious matter deserving of the attention it finally seems to be receiving from the authorities. Attempts to stonewall and minimize what’s at stake here are not the kind of nonsense that should come with this particular territory.