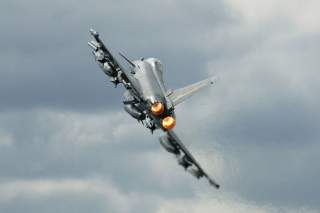 In mid-March 2011, as Libyan government troops were closing in on Benghazi, the de facto capital of the rebellion that had started the month before, NATO decided to act. Its bombardment, which followed votes of support in the Arab League and UN Security Council, turned the tide of war. Seven months later Muammar el-Qaddafi was dead and his regime in tatters. Once this initial intervention came to a close, outsiders seemed to lose interest in the future of Libya.  Despite initial optimism, no successor government has been able to unify the country’s various ethnic groups, tribes and fundamentalists.  Now, five years after the fall of the tyrant, Libya is one of four failed states in the Arab world, and no end to its suffering is in sight.

Criticism of the two NATO decisions – to intervene and then to leave – has been widespread, reaching from the campaign trail to the pages of elite policy journals. President Obama himself told Chris Wallace of Fox News that the worst mistake he made in office was “failing to plan for the day after” in Libya. Whether by commission or omission, therefore, critics contend that the disasters that followed are largely the fault of the United States and its allies.

A little more thought is warranted before these conclusions are allowed to become conventional wisdom. The low-cost NATO intervention was hardly the disaster that its critics portray; the decisive moments in the destabilization of Libya had already occurred, and the country was unlikely to return easily to the pre-rebellion status quo. More importantly, no amount of post-intervention activity on the part of the West could have produced a better outcome.  Rebuilding the Libyan state was not something outsiders could do.

Analysts and observers of U.S. foreign policymakers commonly overestimate Uncle Sam’s ability to control events abroad. Understanding the limits of American power in the Middle East is going to be one of the most important challenges for the next president. Although the region is likely to continue to be chaotic for quite some time, the Libya experience contains lessons for those willing to look for them.

Libya and the Illusion of Control

If there is one thing that everyone can agree on, it is that today Libya is a mess. Two governments compete for legitimacy, and large swaths of the country are under the jurisdiction of neither. Oil production has ground to a halt, and the economy has shrunk precipitously. Around the small city of Sirte, which is on the coast halfway between Tripoli and Benghazi, Islamic militants claiming affiliation with ISIS have imposed a harsh version of Islamic law on the locals, beheading and crucifying various transgressors. Intermittent cease-fires provide hope, but by most reasonable measures, life in post-Qaddafi Libya has been worse for its long-suffering people. Many would no doubt agree with the old Arab saying that it is better to have forty years of tyranny than one day of anarchy.

How much was this the fault of the United States? What would Libya look like if the world’s only superpower had made better choices? All criticism of U.S. actions rests on the assumption that the outcome was not inevitable, that different decisions in Washington would have produced different outcomes in Tripoli. The United States could have exerted more control over the situation, in other words, if it had only tried.

This may be true, but it also may be the case that critics are falling victim to one of the most pernicious and common forms of misperception. Some four decades ago, Harvard psychologist Ellen Langer noted that people typically overestimate their ability to effect outcomes, which she described as the “illusion of control.” Her subjects – and thousands more in follow-up studies since – consistently believe that they could exert control over even the most obviously random outcomes. The implications for international politics are clear, and dangerous: Leaders regularly fall under the impression that their influence over events is greater than it is, and act accordingly.  They are often surprised and disappointed with the results.

Americans may well be particularly susceptible to misperceptions of control, which tend to be directly correlated with power. People with higher socioeconomic status and those who are members of dominant groups are more likely to overestimate their ability to control events.  Powerful people – and countries – tend to be far more confident than others. Leaders of superpowers may well have distorted perceptions regarding their ability to affect the course of events. U.S. observers had a greater structural predisposition than others, for example, to believe that they would have been able to control outcomes the Persian Gulf following an injection “creative instability” in 2003.

In a real sense, there is little need to wonder what would have happened had the United States chosen different paths. We have clear, recent examples of intervention and nonintervention in Arab states. Whether outsiders chose to sit on the sidelines during a conflict or start it, refuse to help the recovery or engage in a massive, concentrated attempt at post-conflict nation building, the outcomes have been the same. NATO intervened in Libya but did not engage in nation-building, and the country descended into civil war; it declined to involve itself when fighting broke out in Syria and Yemen, and both countries tumbled into civil war; and the United States both toppled a dictator and tried to rebuild Iraq, and civil war followed. To think that the United States can control the various actors of the Middle East is one of the most persistent, pathological illusions of U.S. foreign policy, one that will continue to inspire poor decisions until it is understood.

The United States is powerful, but not omnipotent. In the memorable words of Derek Reveron of the Naval War College, it is superpower, not a superhero. A brief recap of the criticism of the NATO intervention and then apparent abandonment of Libya can help illustrate the limits of that superpower, and perhaps give some insight into how to deal with the various crises in the region moving forward. That criticism revolves around five basic points, most of which are based on the rosiest possible counterfactual assumptions. They represent best-case alternative scenarios rather than the most plausible outcomes in a region that usually disappoints optimists. The following sections examine these claims in turn, and find that while some have more merit than others, overall they demonstrate the kind of pathological illusions of control that are common to great powers.

Was the War about to End?

In Foreign Affairs last year, Professor Alan Kuperman made a strong, plausible case that the intervention was a blunder. His first and perhaps most important point is that NATO inadvertently prolonged the civil war and caused more suffering and death than would have otherwise taken place. Kuperman assumes that the rebels in Benghazi would have essentially given up once Qaddafi’s mercenaries marched in and the war would have ended, which is a rather optimistic assessment.

Overrunning those few remaining rebel cities – especially Misurata, which was under siege, Benghazi and Torbruk – might not have been quite as easy as regime forces expected. Smaller cities en route had fallen to government troops without much resistance, it is true, but Benghazi in particular was different. It had been the hotbed of revolt, the city where the main protests began and the longtime eastern rival to Qaddafi’s power base in the west. Its defenders, a ragtag mixture of amateur soldiers and defectors from the Libyan army, knew they could expect no quarter if they lost. They had set up training camps to teach the basics of soldiery by the first week of March, so they were a bit more prepared than their counterparts to the west. According to some reports, nearly 12 thousand fighters had received the three-to-five day rudimentary course by the time Qaddafi’s forces arrived. Arms were coming in, from Qatar, Saudi Arabia and probably also from Egypt. Overall, the battle for Benghazi was not likely to be as quick or clean as both Kuperman and Qadaffi expected. A prolonged battle was just as likely as a government rout.

While the rebels did not have the ability to overthrow Qaddafi by themselves, it is quite possible that they could have sustained their fight for quite some time. A number of Libya’s larger tribes had joined the rebellion, in both the east and west, along with many of its diplomatic and military elite. Even if government troops eventually overran their territory, a guerrilla campaign would have been quite likely. A similar, undeclared war had taken place in eastern Libya in the late 1990s. Preparations were being made for such a conflict, had the northern cities fallen.

Other Arab-spring rebellions in deeply divided lands did not end quickly and easily. The Syrian rebels took a beating at first from the much better armed government forces, but it was not long before they were able to battle Assad’s loyalists to a stalemate. The only governments able to restore order were the monarchies, who tended to have a bit more legitimacy than their secular counterparts. The suggestion that an end to the war in Libya was right around the corner accepts uncritically the rosiest possible alternative scenario, one that is virtually without precedent for the nearly simultaneous regional revolutions.