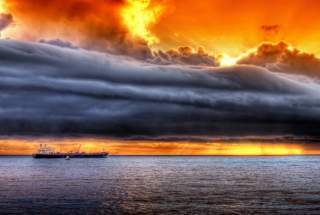 In the next decade, Turkey will become a major transit country for natural gas into Europe. In a region where almost every country wants to become an energy hub in order to raise its geostrategic profile, Turkey’s elevated role is causing widespread alarm. Yet such concerns are misplaced: Turkey has little to gain and much to lose by abusing its position as a transit country for gas into Europe. Rather than engage in meaningless rivalry to become hubs, countries in the region should recognize that a new pipeline from Russia to Turkey could be a blessing in disguise if they can strengthen the market forces that will really deliver energy security for the region.

The European Union already gets a sliver of its gas needs via Turkey: a modest amount of Azerbaijani gas flows via Turkey into Greece, meeting 20 percent of that country’s demand in 2014. But within a decade, two pipelines will turn Turkey into a more significant transporter: the Trans-Adriatic pipeline (TAP) that will carry (at least) 10 billion cubic meters (bcm) a year into the Balkans and Italy; and the newly proposed and tentatively named Turk Stream pipeline that will establish a second link between Russia and Turkey and will allow Moscow to ship gas to southeast Europe via Turkey rather than (or in addition to) Ukraine.

We do not know enough about Turk Stream to gauge its full importance yet (nor can we be sure it will be built). After all, South Stream, the pipeline that Turk Stream replaced, changed much from its inception until it was abandoned in November 2014: its proposed size doubled, its route and end-point changed, and so did the companies involved in it. Yet, we know that Russia would ship through Turkey natural gas that now transits Ukraine. This is what happened when Nord Stream, the pipeline connecting Russia to Germany, came online in late 2011: it served as an alternative route for gas that had previously crossed Ukraine. The amount of natural gas Russia will ship through Ukraine this year is roughly half of what it shipped in 2005, in part due to Nord Stream. Turk Stream would deliver another blow to Ukraine, as Turkey becomes the conduit for Russian gas into the Balkans and possibly Italy.

What would such a re-routing mean? These mega-pipelines tend to be couched in geopolitical terms, but they usually have a commercial logic to them as well. Half of Russia’s gas exports to Turkey transits Ukraine, Moldova, Romania and Bulgaria (the Trans-Balkan pipeline). Paying transit to intermediaries raises prices for Turkey and/or lowers profits for Gazprom. Avoiding them makes strong commercial sense depending on the cost of the new pipeline. And exporting gas to southeast Europe via Turkey rather than the Trans-Balkan pipeline could bring lower prices to other countries such as Greece and Bulgaria as well (insofar as Gazprom faces competitive pressures).

What about the broader political repercussions of these changes? Even though countries like to talk up their prospects of becoming energy corridors, they usually refer to abstract benefits that are rarely fully enunciated. In the simplest terms, countries receive transit fees for the service they provide. Increased flows can also lead to lower prices, but only under the right conditions like competition: the border price for Russian gas in Slovakia, for instance, is higher than in the Czech Republic, even though the former transits more Russian gas than the latter.

The idea that being an energy corridor confers some political benefits is doubtful as well. If we exclude Ukraine and Belarus, Slovakia is the largest transit country for gas in Europe, followed by Austria, Belgium, Poland and the Czech Republic. All these countries transited well over 20 bcm in 2013, which is a volume that Turkey could aspire to transit by the mid 2020s. What geopolitical benefits were these countries able to extract through their transit status? Probably none. The reason is simple: transit countries only survive if they are reliable; if they try to abuse their position, their partners will find alternatives.

Several examples attest to this fact. When the relationship between Russia and Ukraine deteriorated, Gazprom found a work-around by constructing Nord Stream. Similarly, when Russia proved an unreliable transit country for Turkmenistan in 2009 (when an explosion cut the flow of gas north), Turkmenistan boosted its ties with China, and soon thereafter China displaced Russia as the largest importer of Turkmen gas. Today, more than half of Turkmenistan’s natural gas exports go to China. And when Algeria decided to double down on its pipeline strategy, it choose to build two pipelines that reached Spain and Italy directly, rather than expand the existing lines that crossed Morocco and Tunisia (only the pipeline to Spain has been built so far).

The history of the Russo-Ukrainian gas relationship should also shatter any illusions that either the sender or the transit country has any political control over the other. These countries are like prisoners that have been handcuffed to one another—they rise and fall together, at least until one of them becomes such a burden that the other takes drastic measures to sever the ties. The stronger might bully the weak, or the weak might slow down the stronger. But the relationship only lasts as long as it has to.

Nor should any country expect that by being “geo-strategically” important, other countries would rally to support it when it gets into trouble. As Ukraine once again illustrates, outsiders will consider a broad range of strategic interests when deciding when and how to intervene in a conflict. Of course, when something happens to a transit country, the pain is felt more broadly; this might force others to step in, but they will do so begrudgingly, if at all. And the effect might be short lived, especially if trouble causes countries to develop alternatives.

Southeast Europe, therefore, should ignore statements that attach any grand geostrategic significance to Turkey becoming an gas corridor. Turkey is the only gas market in Europe that will grow meaningfully over the next two decades—it is inevitable that more gas will flow its way. And route diversity lessens the ability of any transit state, including Turkey, to gain any special benefit, especially if Russia can pit Turkey against Ukraine to prevent either from extracting too high a cost (commercial or otherwise) for their transit services.

Southeast Europe can benefit from these changes. Over the past few years, the region has suffered from having too many competing proposals for new infrastructure: when the race to build the Southern Corridor was in full swing, there were four proposed pipelines to bring gas from Azerbaijan into Europe; once we include smaller bilateral lines and other infrastructure (like regasification or storage facilities), the map looked cluttered with infrastructure. In truth, very little was (or will be) built. Drawing lines on a map gives the appearance of action, but it also stifles action as investors keep weighing and exploring their options, which become viable or redundant under different scenarios. Having many options is not always a good thing.

Meanwhile, the measures that can really boost security take a backseat to these grander pronouncements. Many of the proposed pipelines would be unnecessary if the existing network could be used better—if gas could easily flow, for instance, from south to north (physically or virtually) or if non-incumbents could access the capacity on the border points. But these measures require coordination and careful technical and regulatory work—in other words, they are boring when compared to fanciful plans for big new pipelines, and they also have a higher risk of irking vested interests. That is the reason why politicians in the region usually avoid them.

Yet a new corridor through Turkey could be a blessing in disguise for Southeast Europe. If Turk Stream makes redundant the existing infrastructure that delivers gas to Turkey via Ukraine, Moldova, Romania, and Bulgaria, the network can serve new purposes, including allowing gas to flow in new directions (both regularly and during emergencies). This is what happened in Central Europe, allowing Ukraine to access gas from the European Union rather than just Russia. Ironically, it was Nord Stream, the pipeline to bypass Ukraine, which actually allowed Ukraine to access gas that it would otherwise not have been able to buy. Southeast Europe can learn from this example.

The natural gas map of southeast Europe will change in the next decade—this much is inevitable. But it is up to the countries in the region to seize the opportunity to maximize their energy security. To do so, they will need to focus not on hardware (pipelines), but on software—rules and regulations that optimize the existing network and open it up. This can only happen if they stop worrying about Turkey’s “enhanced geostrategic” position and focus on the opportunities created as a result of Turkey’s emerging status. Only then will they truly and materially improve their own energy security.

Nikos Tsafos is a founding partner at enalytica, where he advises leadership teams across the world on energy markets, project development and strategy.