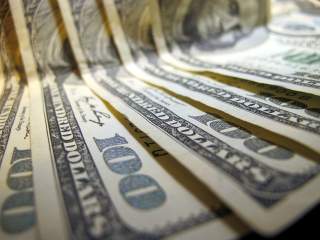 President Trump campaigned on draining the corrupt swamp of Washington politics, but the swamp appears to have deepened since he entered the White House. The gravest of concerns center on Trump himself and emoluments, the risk that foreign powers could use his private business interest to curry political favor. But the swamp may also spread outward from the United States, as the administration undermines laws regulating how U.S. businesses conduct themselves abroad.

Under the 1977 Foreign Corrupt Practices Act (FCPA), U.S. companies and those with companies with U.S. subsidiaries are barred from paying bribes or other donations to foreign leaders. Congress adopted FCPA after the Church Commission revealed that Northrop, Mobil and other leading American firms had given money illicitly to foreign leaders in return for contracts. While bribing American official was clearly illegal under U.S. law, until then there was nothing preventing American companies from engaging in such practices overseas.

U.S. corporate interests, particularly the Chamber of Commerce, chafe at FCPA. They claim the law places U.S. firms at a competitive disadvantage, as foreign firms were allowed to deal under the table. In 2012, Trump called for FCPA to be changed, saying it was a “horrible law . . . we’re like the policemen to the world.” Now Trump and his allies can do something about it. Already House Republicans used a procedural vote to kill the Cardin-Lugar rule, which requires American oil, gas and mining companies to disclose payments they make to foreign countries for licenses or permits for development. These are not bribes. But the idea is that the general public should know how much money a government derives from natural resources, where corruption and side-deals are common. So far, thirty other countries have adopted similar transparency rules.

The future of FCPA can be gleaned from looking at those Trump has appointed to enforce it. As a senator, Attorney General Jeff Sessions took a hard line on white-collar crime, but was also critical of the way the Justice Department handled the specifics of FCPA prosecution. Sessions stated succinctly during confirmation hearings that he intends to enforce FCPA. Jay Clayton, nominated for SEC chairman, has enunciated a more distinct view in line with Trump. In 2012, Clayton chaired a New York City Bar committee that examined FCPA enforcement. The report concluded that

(1) the competitive landscape of the 21st century global economy warrants the reevaluation of the United States’ strategy in fighting foreign corruption, (2) the current anti-bribery regime—which tends to place disproportionate burdens on U.S. regulated companies in international transactions and incentivizes other countries to take a “lighter touch” —is causing lasting harm to the competitiveness of U.S. regulated companies and the U.S. capital markets and (3) even putting aside the disproportionate costs borne by U.S. regulated companies, the continued unilateral and zealous enforcement of the FCPA by the United States may not be the most effective means to combat corruption globally—in fact, in some circumstances it may exacerbate the problem of overseas corruption.

For Clayton, as for Trump, business ethics are a luxury America cannot afford. FCPA deters foreign firms from incorporating under U.S. law. Other countries free ride on America’s anticorruption crusade, while avoiding having to do the dirty work of investigating and prosecuting themselves. Another figure to consider is Secretary of State Rex Tillerson, the former CEO of Exxon. Tillerson has not spoken publicly about FCPA, but criticized the Cardin-Lugar rule, which he says reveals privileged information to competitors. Tillerson’s tenure at Exxon is suggestive. In Private Empire: ExxonMobil and American Power, journalist Steve Coll describes the oil giant as averse to bribery. Corruption was bad business. When Exxon pitched to venal regimes in Yemen or Chad, it offered only to get oil at the lowest cost, putting the most revenue into government coffers. What leaders did with the money was up to them. Exxon wasn’t a model corporate citizen, but it was a fiercely competitive and profitable business.

Trump (and Clayton particularly) frame the FCPA as what game theorists call an “assurance game.” If U.S. firms don’t cheat, others will—and reap all the rewards. This perspective, though, badly underestimates the costs of corruption. According to OECD estimates, corruption siphons off some $2.6 trillion annually, roughly five percent of global wealth. Corruption corrodes political stability and deepens poverty, as Sarah Chayes argues in Thieves of State. Anger at crooked leaders like Ben Ali in Tunisia and Mubarak in Egypt was among the drivers of the 2011 Arab uprisings. Louise Shelley shows that countries with high levels of corruption are a prime recruitment ground for terrorists.

Transparency, then, is a public good, a benefit to the entire world. The United States plays a unique role in helping to improving transparency and gets distinct advantages from it. Susan Rose-Ackerman and Sinead Hunt find that laws like FCPA set models of public integrity for the world. Many OECD and developing countries adopted the United States’ anticorruption language and policies as benchmarks, creating a multilateral framework to deter and punish corruption. A detailed study of foreign investment in Vietnam shows that this multilateralism helped reduce (but not eliminate) bribery. Corruption, in that sense, imposes artificial cost on global trade.

FCPA is a crucial part of U.S. global leadership on corruption. In 2016 alone the SEC conducted over two dozen FCPA enforcement actions, collecting $2.4 billion. These actions did not target just American firms. For example, the Brazilian aircraft manufacturer Embraer, which has a U.S. subsidiary, paid $107 million in penalties and $98 million in disgorged profits for bribing Dominican, Saudi and Mozambican officials. Authorities in Brazil, Spain, France, South Africa and Uruguay assisted the SEC investigation. Other cases involved the Dutch telecom firm VimpelCom, the Swiss pharma giant Novartis and the Belgian beverage conglomerate InBev, and covered bribes to officials in Libya, Chad, China, Ukraine and Niger, among others. Retreating from FCPA signals to all these countries that bribery is back.

FCPA is not perfect. Compliance can be costly. Certainly, some U.S. companies lose out to underhanded competitors. But all American firms benefit from being able to do business in more transparent and fair markets, as demonstrated from the Exxon example. Weakening the FCPA and its adjuvants will put American firms in a position of competing in a global economy that is comparatively poorer, inefficient, opaque, and unstable. America and the world should redouble, not rescind, their commitments to fighting corruption.

Ariel Ahram (@ariel_ahram) is associate professor at Virginia Tech’s School of Public and International Affairs and a fellow at the Woodrow Wilson International Center for Scholars in Washington, DC. He is the author of Proxy Warriors: The Rise and Fall of State-Sponsored Militias (Stanford, 2011).