Don't Get Mired in Failed States 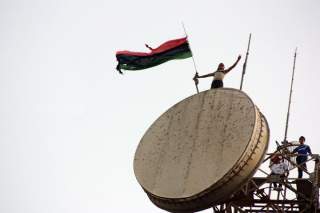 THE MOST predictable crises the new administration will face will involve failed states, mired in seemingly permanent civil war. These states generate terrorism that threatens Americans abroad and at home. They generate humanitarian crises into which Washington feels pressure to intervene. And they generate refugee crises, sometimes of enormous proportions. Syria currently offers the worst example of such geopolitical disaster areas, but many other states, especially in the Middle East, could easily follow its catastrophic path.

If recent history suggests anything at all, it is that the United States most often has no good solution to the problems of failed states. Indeed, virtually any action it takes to resolve these problems has the potential to make things worse, or to create new problems elsewhere. New administrations seeking to make their mark with solid achievements will not want to believe this message, and may only come to recognize its truth through bitter experience. But the bitter experience can be minimized if the new administration’s foreign-policy and defense teams keep in mind the following points.

First, the American military is terribly designed for dealing with failed states. The American military is an amazing institution, staffed by remarkable men and women. It is, of course, the most powerful such institution on the planet, by far. But its use, when dealing with the problems of failed states, is enormously limited. Against organized military forces it can be effective, but here American policymakers can quickly run up against the unwillingness of the public to accept even small-scale casualties, and the highly charged reaction from states and publics elsewhere to U.S. infliction of large-scale casualties on others. Against organized terrorist groups, the American military can also be very effective, but generally requires considerable time, luck and good intelligence to be so (see Osama bin Laden). Against freelance terrorists inspired and instructed online by figures in failed states, and haphazardly armed, the U.S. military is almost useless—it all too often resembles a person trying to eradicate viruses with a hammer.

Second, don’t worry about showing weakness. Advocates of the vigorous projection of American force frequently warn cautious administrations against “showing weakness,” and invoke images of enemies laughing smugly. These critics have rarely lived outside the United States, almost never read non-American media on a regular basis, and almost never stop to consider what America’s political, military and economic might looks like from the outside. If they did, they would quickly realize that non-Americans, especially in failed states, are far more likely to overestimate American strength—indeed, to consider the United States virtually omnipotent—than to mock our supposed weakness. On the occasions when an administration really does show weakness, America’s enemies are more likely to wonder what fiendish plot Washington is cooking up behind this obviously false façade, than to cackle gleefully.

Third, Hitler really is dead. There are many forces out there in the world, based in failed states, who want to destroy the United States. They can’t. While they can inflict horrible pain through acts of terrorism, even in the worst plausible scenarios, they cannot come close to wiping out the population, overthrowing the government or occupying territory. The black flags of ISIS are not going to fly above the Capitol. And in the most likely scenarios, the worst pain they can inflict will not come close to matching the pain the country would suffer in a real war. So treat enemies as a serious threat, not as the end of the world.

Fourth, remember the good news, and don’t get distracted. Because there is good news. Warfare between states is at a historic low. By most estimates, worldwide deaths from terrorism have fallen over the past twenty years, not the reverse. The worldwide poverty rate is falling. Despite the recurrent panics over SARS, avian flu, Ebola and Zika, epidemic diseases are largely under control. All this helps to put the problems of failed states, as heartrending, dangerous and attention grabbing as they are, in perspective. And at the same time, it should serve as a reminder that there is also some very bad news out there that does not involve failed states. Suppose that climate scientists are, in fact, being unduly pessimistic, and that uncontrolled climate change has only a one in six chance of producing catastrophic environmental problems during the next century. Does that sound like good odds? To me, it sounds like playing Russian roulette with one of my children. And the odds are probably much higher than one in six. There is only a certain number of global issues that new administrations can focus on at any one time. They have to guard against the problems of failed states sucking up all their attention.

David A. Bell is the Sidney and Ruth Lapidus Professor in the Department of History at Princeton.