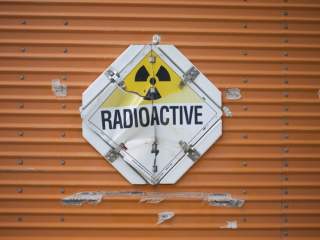 Republicans and Democrats alike have traditionally understood that investing in nuclear security is a small price to pay compared with the devastating economic, political and social costs of nuclear terrorism. That’s why U.S. cooperation with Russia and other countries to secure vulnerable nuclear material has enjoyed bipartisan support.

Unfortunately, the House Energy and Water Appropriations Subcommittee—whose chairman, Congressman Mike Simpson (R-ID), acknowledged in April that nuclear security cooperation with Russia was “in our own interest, not just Russian interest and the world's interest”—recently approved a bill that would block this cooperation. Citing the situation in Ukraine, his Committee recommended stripping funding for nuclear-security cooperation between the United States and Russia.

For more than twenty years, Russia, which has the most nuclear material in the most facilities of any country in the world, worked with the United States on improving its own nuclear security through the Cooperative Threat Reduction program. As a result of this collaboration, Russia has made significant progress in improving security for its nuclear material, and the most egregious problems have been fixed.

Despite this accomplishment, the United States’ nuclear-security mission in Russia is not yet complete. Russian facilities housing nuclear material are still susceptible to diversion and insider theft. For example, in 2012, senior managers at one of Russia’s largest nuclear material processing facilities were caught embezzling millions of dollars. Ongoing cooperation allows the United States and Russia to reduce the likelihood of this type of event and theft by upgrading security equipment and practices at facilities. It also protects the billions of dollars already invested in this effort by providing the United States with the opportunity to influence how security upgrades are implemented and sustained.

While Russia is certainly capable of paying for security at its own nuclear facilities, it is not yet making the full set of investments needed to ensure that its nuclear stocks are sustainably secured against the full range of plausible threats. Certainly, the United States should do everything it can to convince Russia to provide adequate security for its nuclear facilities. In the meantime, however, the United States has a responsibility to protect its own citizens and its allies from nuclear terrorism.

Russia is not the only country where the potential for nuclear theft exists. There are hundreds of kilograms of potentially vulnerable weapons-useable material located across thirty countries. In 2009, after the United States announced the four-year initiative to secure all vulnerable nuclear material, Russia played an integral role in removing large quantities of inadequately protected nuclear material from countries in Europe and Asia. Of the thirteen countries that completely eliminated all of their nuclear material since 2009, seven—Czech Republic, Hungary, Libya, Romania, Serbia, Vietnam and Ukraine—sent their nuclear material to Russia for storage and disposal. This initiative, which was part of President Obama’s signature nuclear-security agenda, would likely not have been a success without Russia’s cooperation. If the United States hopes to eliminate the remaining hundreds of kilograms of weapons-useable material that still exists in thirty countries, it will need to work with Russia.

Given the political differences between the two countries, cooperation will by no means be easy. It will require leaders from both countries to transcend geopolitical posturing and prioritize the threat of nuclear terrorism. Moreover, it demands a new approach that makes bilateral cooperation an equal partnership—something both Democrats and Republicans have called for in the past—that benefits both countries.

The Russian invasion of Ukraine deserves a serious, coordinated response from the international community, but the United States should not cut off its nose to spite its face. Speaking at West Point last month, President Barack Obama said, “If nuclear materials are not secure, that poses a danger to American citizens.” Policy makers should not forget that working with other countries to prevent the theft of nuclear materials is not a concession or a favor. It is in the United States’ interests to continue working with Russia to reduce the likelihood that nuclear material would be stolen and used by terrorists. If members of Congress are serious about reducing the risk of nuclear terrorism, then they must continue supporting nuclear-security cooperation with Russia.

Nickolas Roth is a research associate at the Project on Managing the Atom at the Harvard Kennedy School’s Belfer Center for Science and International Affairs.

Lt. Gen. Robert Gard (USA, ret.) is a Senior Military Fellow at the Center for Arms Control and Non-Proliferation.