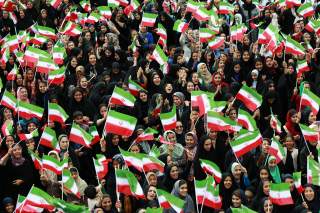 Should the United States rejoin the Iran nuclear deal and rescind reimposed U.S. sanctions? This course of action is being recommended by deal supporters, who want to reverse the Trump administration’s decision last year to unilaterally leave the Joint Comprehensive Plan of Action (JCPOA) and ramp up U.S. sanctions against Iran. Despite the U.S. decision, other parties have so far kept the deal intact. Deal supporters have expressed fears that Iran would walk away from the deal, but Iran has so far not done so and would suffer even worse economic sanctions and diplomatic isolation if it were to leave the deal.

Notwithstanding good intentions, rejoining the deal without the necessary fixes to it would in essence bless Iran to enlarge its conventional, missile, and nuclear programs without receiving any commensurate concessions from Iran. All these increases will occur during the next administration, whoever wins the presidential election. Whatever one’s views of the Trump administration’s decision to no longer participate in the nuclear agreement, this approach will not address its flaws and the threat of Iran being able to build nuclear weapons. Rather than making this a partisan issue, a better option is to use the new leverage created by the reimposition of sanctions to build domestic and international consensus to fix the flaws in the deal during the next few years.

The Democratic National Committee adopted a resolution that lauded the deal’s achievements and advocated for reentry. It did not urge any preconditions for a U.S. return. The statements urging rejoining typically contain notable mischaracterizations, such as asserting that the International Atomic Energy Agency (IAEA) stated Iranian “compliance” with the deal, something the IAEA has never certified in its quarterly safeguards reports. Moreover, each quarter since the deal has been implemented in January 2016, the IAEA has reported that it still has not been able to determine that Iran has no undeclared nuclear facilities and materials and thus cannot conclude that Iran’s nuclear program is peaceful. While Iran has been pressed successfully to stop its multiple technical violations of specific nuclear limitations, the basic proposition of whether Iran seeks nuclear weapons has not been answered in the three plus years since the deal commenced.

If the United States unconditionally rejoined the deal, it would sacrifice important leverage to reach a stronger agreement with Iran that fixes well-known shortcomings in the current deal: the end to key nuclear limitations, the failure to address ballistic and cruise missile development related to nuclear weapon delivery, and the need for more effective inspections to characterize Iran’s past and possibly ongoing nuclear weapon activities. Rejoining the nuclear deal unconditionally would seriously undermine U.S. security interests in the Middle East and increase the risk to the security of our allies in the region.

Supporters of the deal had hoped that the deal by itself would open new diplomatic channels to address other international concerns, such as Iran’s aggressive regional behavior, ballistic missile developments, and human-rights violations. In reality, these international concerns have grown worse following the implementation of the nuclear deal. European diplomats are coming to appreciate that, even while they have sought to stay in the deal. Increasingly, even supporters of the deal in the United States recognize that.

Rejoining the deal without preconditions means supporting the provision in the JCPOA that allows Iran to start building up its industrial infrastructure to build advanced gas centrifuges that enrich uranium in 2023, just four years from now, during the next presidential term. A more sensible strategy is to oppose that increase in Iran’s nuclear weapons capability, particularly since Iran has been unable to produce any economic or otherwise credible justification for its uranium enrichment program. Based on information gathered by the IAEA in the course of inspections, Iran will never be able to produce low enriched uranium more cheaply than simply buying it from the international commercial market.

Iran’s centrifuge program is a commercial failure. International concerns regarding Iran’s regional behavior and latent nuclear weapons capabilities have grown far worse following the implementation of the nuclear deal, making growth in its centrifuge program a dangerous proposition. A scale-up in Iran’s centrifuge program, as envisioned under Iran’s long-term enrichment plan developed alongside the JCPOA, should thus be viewed as representing a military nuclear program, rather than welcomed and encouraged. For those who want to ensure that Iran does not have the capacity to build a nuclear military infrastructure, the goal of the JCPOA, would not want to implicitly endorse an unbridled, uneconomic increase in Iran’s uranium enrichment gas centrifuge program starting during the next president’s term. Growth in Iran’s enrichment program would likely spur an increase of the spread of nuclear weapons in the region, particularly in Saudi Arabia, drastically reduce Iran’s breakout timeline to missile-deliverable nuclear weapons, and heighten the chances of military confrontations. It would mean conceding once again to these shortcomings rather than demanding that they be addressed using the new leverage garnered through reimposed sanctions and Iran’s relative diplomatic isolation.

Rejoining also means accepting the end of the UN conventional arms embargo on Iran, slated to happen no later than October 2020, as codified in UNSC Resolution 2231, a resolution closely associated with the JCPOA. At that time, Iran will be able to freely import conventional arms and military hardware from such states as Russia and China. Iran has already lined up billions of dollars in contracts with Russia for advanced conventional weaponry, and a military pact with China that it can execute when the embargo ends. Rejoining the JCPOA without changes would be a tacit acceptance of the end of the arms embargo and Iran being able to arm itself as never before, posing a much greater risk to U.S. and allied forces in the region.

Iran’s development of missiles capable of carrying nuclear weapons has also continued apace, with Iran conducting multiple launches of nuclear-capable missiles in defiance of UN Resolution 2231. These developments threaten U.S. allies in the region, Europe, and ultimately threaten the United States with nuclear-capable intercontinental ballistic missiles (ICBMs). How are U.S. national-security interests in the Middle East served by an end to the UN missile embargo on Iran, slated to end no later than 2023, as stipulated under UN Resolution 2231? Support for reentering the JCPOA offers implicit support for ending this ballistic missile embargo. At that point, Iran will be able to freely import missile technology, materiel, and equipment from willing suppliers. One can imagine how dangerous North Korean/Iranian missile cooperation could become as both seek to build longer range, more reliable nuclear-capable ballistic missiles.

The IAEA has only slowly investigated the contents of a curated “Nuclear Archive” kept by Iran, and it has not ensured that all non-peaceful Iranian activities have been terminated and relevant capabilities dismantled. In April 2018, revelations about this Iranian archive emerged, underlining the key weaknesses of the deal’s implementation in not requiring the IAEA to conduct a thorough investigation to ensure Iran’s military nuclear work had ended before granting sanctions relief.

The archive contains tens of thousands of pages and CDs on Iran’s past efforts at nuclear weapon design, development, and manufacturing, which the Institute for Science and International Security has assessed in an ongoing series of reports. Although, Iran made important reductions in the scale and scope of its rapidly moving nuclear weapons program, information from the archive shows that in 2003 it also reoriented key parts of its nuclear weapons program to preserve vital nuclear capabilities, continue working on sensitive military nuclear weapon aspects in a more clandestine manner, and embed certain nuclear weapons activities into ostensibly civilian programs. It also shows that Iran serially lied in its declarations to the IAEA about many sensitive activities and facilities.

While supporters of the JCPOA still tout the agreement as allowing the most intrusive inspections ever designed, the archive shows that the nuclear deal struck a bad bargain in sweeping the issue of past and possibly ongoing nuclear weapons activities under the rug. IAEA inspections have so far proven inadequate in ensuring the absence of ongoing nuclear weapon activities.

The existence of a curated archive is a strong indication of Iranian violations of the JCPOA, Iran’s safeguards agreements, and even the Nuclear Non-Proliferation Treaty (NPT). In other countries, when such archives were discovered, their possession was seen as a violation of the NPT. The existence of the archive shows an Iranian determination to keep at least a nuclear weapons option alive, if not actually meaning that Iran is secretly advancing portions of its nuclear weapons efforts today. After all these years, that the IAEA cannot answer the basic question about whether Iran’s nuclear program is peaceful is a troubling blemish on the JCPOA and the NPT.

Achieving stronger inspections in Iran is a priority to ensure that Iran does not have undeclared nuclear facilities, materials, and activities. All should support the IAEA raising the archive with Iran and ensuring access to sites, equipment, and individuals detailed in the archive. Ending sanctions and rejoining the JCPOA is not a vehicle to obtain these goals.