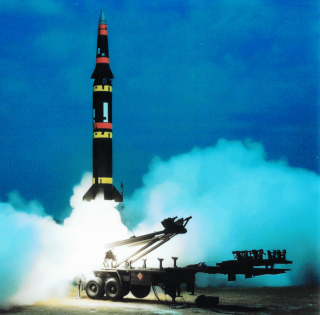 The Reagan administration later considered declaring the radar a “material breach” of the ABM Treaty, a term that would have provided stronger grounds for withdrawal from the treaty. But Washington did not withdraw.

In 1990, the Soviets agreed to dismantle the radar—seven years after the U.S. intelligence community first detected it.

Over those seven years, while raising its concern about the Krasnoyarsk LPAR, the United States continued to observe the ABM Treaty. It also continued to negotiate other nuclear arms-control agreements with the Soviets. The Reagan administration concluded the INF Treaty in 1987 and made major progress on the START I Treaty, completed and signed under the George H. W. Bush administration in 1991.

Given that the United States has no plans to build intermediate-range missiles, and in light of the importance that its allies attach to the INF Treaty, continuing to observe the treaty while pressing the compliance issue with Russia makes sense, at least for the foreseeable future. Washington should pursue several directions:

First, the administration should use appropriate opportunities, including meetings at the cabinet/ministerial-level, to raise the R-500 cruise missile question with Russian officials and press them to resolve U.S. concerns or terminate the program.

Second, the administration should call for a meeting of the Special Verification Commission, established by the INF Treaty in part as a venue for addressing INF compliance issues. That body last met in 2007. It would be appropriate to convene it now to discuss the R-500 question.

Third, U.S. officials should brief NATO allies, Asian allies (particularly Japan and South Korea) and other interested countries, including China and India, about the R-500, sharing as much information as possible. The new Russian missile will not threaten the United States directly; it will pose a threat to countries in Europe and Asia. The administration should provide those countries with information that will allow them to make their own inquiries to—and raise their concerns with—Moscow.

Finally, the Pentagon should devote a small budget to a feasibility study on possible new U.S. intermediate-range missiles. Given the lack of a military requirement and budget pressures, there would be little sense in the U.S. military proceeding to develop or acquire such missiles. But the prospect of a future Pershing III or advanced ground-launched cruise missile might get Moscow’s attention and remind the Russians of the value of the INF Treaty.

Steven Pifer is director of the Brookings Arms Control and Non-Proliferation Initiative. You can follow him on Twitter: @Steven_Pifer.