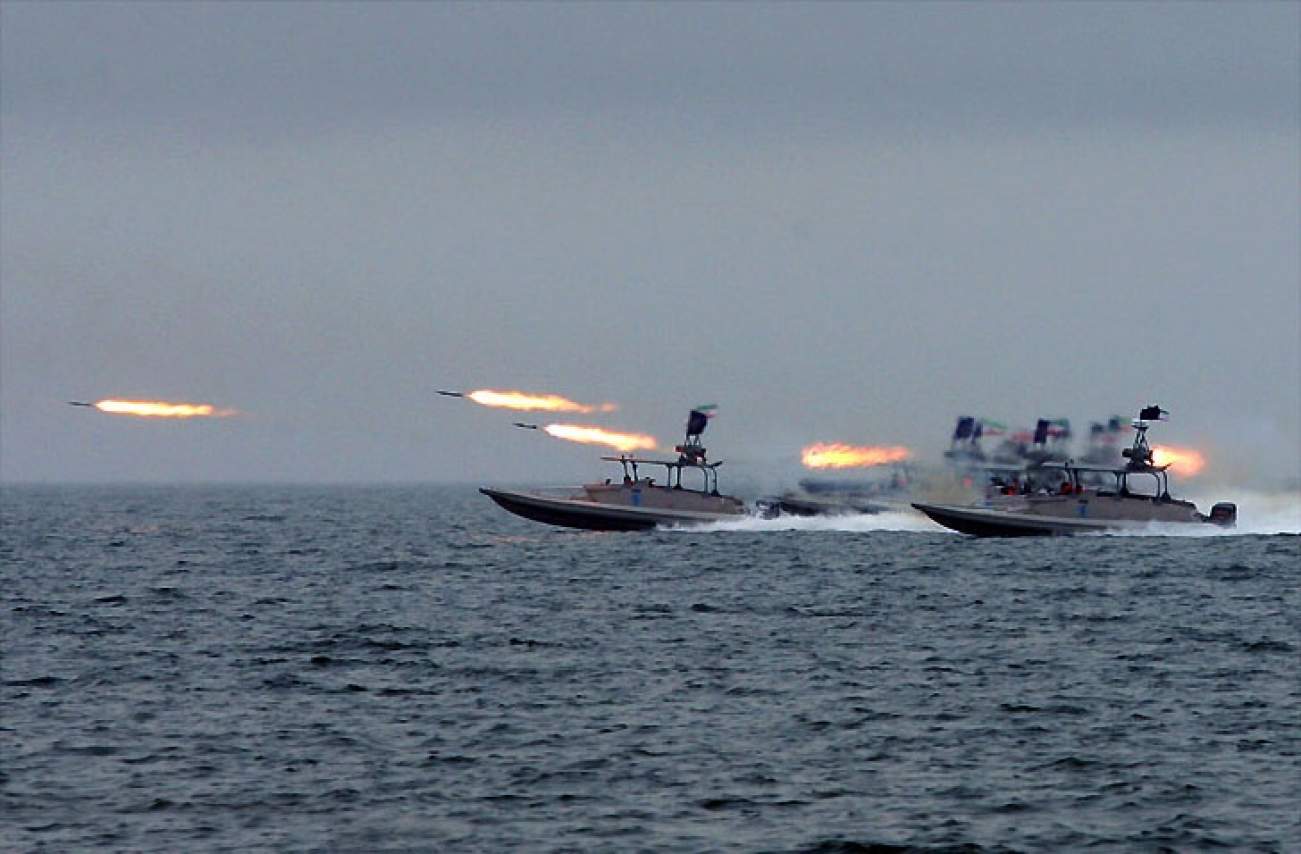 In recent weeks, Iranian ships have harassed a number of American vessels in the crowded waters of the Persian Gulf. Republican presidential nominee Donald Trump has responded that if such actions continued under his presidency, Iranian ships would be “shot out of the water.”

Such an approach would send a strong signal, but would also likely turn a minor incident into a significant international crisis, causing oil prices to skyrocket and potentially embroiling America in another major conflict in the Middle East. Fortunately, the United States has a number of options at its disposal that do not come with this type of risk, and that have proven in the past to be effective in deterring provocative Iranian behavior.

From a defensive standpoint, threatening to close the Strait of Hormuz is Iran’s most effective form of conventional deterrence against conventional attacks. Closing the passageway through which 20 percent of the world’s oil production flows is the closest thing Iran has to a nuclear option. Just like the use of nuclear weapons, actually closing the strait would be suicidal for Iran’s navy, leading to an American-led international military response while also doing grave damage to Iran’s ability to export oil through the strait. But reminding its competitors, including Saudi Arabia, Israel and the United States, that it has the capacity to set off a world economic crisis if attacked is useful to Iran.

Tehran also has offensive motives for taking these actions, as high-profile media events where Iranian ships are seen standing up to the United States send strong messages across the Middle East, allowing Iran to claim that it is capable of standing up to the United States. This feeds Iran’s broader long-term policy objective of an American withdrawal from the Gulf and the rise of a new regional order more compatible with Iranian interests.

On top of that, there is an economic benefit to these actions, as every time tensions escalate in the Gulf, oil prices rise accordingly. As one of the world’s largest exporters of oil and one whose economy is starting to improve in the aftermath of the nuclear deal, but still struggling, the economic motivations are obvious.

The lack of professionalism among the Islamic Revolutionary Guards Corps Navy (IRGC-N) further complicates the situation. Iran has two navies. The regular navy is quite disciplined, and American sailors have in the past reported positive interactions at sea with this force, even at times of extreme tension in the U.S.-Iran relationship in the years before the nuclear agreement.

The IRGC-N, on the other hand, has a reputation for recklessness, executing swarming tactics using small boats and taunting American officers over the radio. In the past, the regular navy used to be responsible for the Strait of Hormuz and Persian Gulf, but in the early 2000s there was a shift in responsibility to the IRGC-N, which has since been characterized by increased incidents. Indeed, the IRGC-N takes advantage of the professionalism of American sailors knowing that even if it conducts provocative actions, Americans are unlikely to escalate because of their discipline and training.

Recent incidents may also be driven by political machinations in Tehran. Iran is heading into a presidential election next spring, and competition has begun between President Hassan Rouhani and more hard-line elements. Rouhani’s platform is based on the nuclear agreement and its ability to deliver economic benefits to the Iranian people as well as acceptance into the international community. Confrontations between Iran and the United States undermine this narrative, and the IRGC-N, which is aligned with more hardline elements within the system, is happy to oblige.

The good news is that the United States has a track record of managing this problem that does not require sinking Iranian ships. Instead, policymakers can look to two recent examples.

In early 2012 the IRGC-N conducted a series of exercises and harassed a number of American and international ships. Secretary of Defense Leon Panetta responded by stating publicly that “the United States will not tolerate the blocking of the Strait of Hormuz. . . . That’s another red line for us and . . . we will respond to them.” The Obama administration reinforced this statement with private messages to Iran that clearly and firmly conveyed that it was straying into dangerous territory and risked a conflict with the United States.

Iran immediately pulled back and the harassment stopped. It was clear that while the IRGC-N was happy to flex its muscles and test the United States, it had no appetite for a direct conventional confrontation with the United States.

This past January, when American sailors inadvertently wandered into Iranian territorial waters and were taken prisoner by the IRGC-N, the key was a direct line of communication. Secretary Kerry was quickly able to get in touch with Foreign Minister Zarif, deescalate the situation and secure the sailors’ release. This direct channel to Iran, which had not existed prior to the nuclear negotiations, was essential in defusing what could have been a tense and prolonged international standoff, similar to the experience the UK had in 2007 when a group of its sailors were held by Iran for thirteen days.

What these two experiences demonstrate is that just as in the case of the nuclear deal, where a combination of economic pressure and diplomatic engagement changed Iran's calculus, setting clear firm lines for the IRGC-N while keeping channels open with Iranian decisionmakers is the most effective policy for responding to Iran’s provocative actions in the Gulf.

The United States does not need to blow Iran’s ships out of the water, as Donald Trump and a number of commentators have suggested. But it does need to send a firm private and public message to Iran’s leaders that this behavior is unacceptable and threatens to bring them into a direct conventional confrontation with the United States. It can also increase its presence in the region, conduct additional naval exercises with its Gulf partners, or simply publicly amplify the many exercises it is already conducting in order to deter these types of Iranian actions.

At the same time, U.S. policy should also seek to deepen and expand maritime communication channels. The Kerry-Zarif channel is a good one, but in an ideal world, Iran and the United States could also set up a direct emergency hotline between the American admiral stationed in Bahrain, who commands the Fifth Fleet, and his Iranian counterpart, to more quickly and directly avoid and defuse potential crises. The United States has on a number of occasions attempted to set up this direct line, but without success, and it is hard to imagine Iran would be open to such a move before its elections in the spring—but perhaps it can be tested afterwards.

Either way, what is clear is that blowing Iranian ships out of the water and potentially setting off an international crisis should be seen as a final option. A firm show of force paired with some smart diplomacy should suffice to achieve U.S. objectives.

Ilan Goldenberg is the Director of the Middle East Security Program at the Center for New American Security and previously served as Iran Team Chief in the Office of the Secretary of Defense.