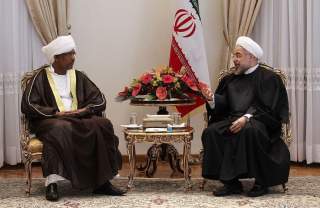 It’s a rare day that the Sudan Tribune runs headlines that garner international attention. But on September 1, the website reported that the Sudanese government ordered that Iranian cultural centers across Sudan close their doors. Iran’s cultural attaché and staff were ordered to leave the country within seventy-two hours, the website noted.

Sudanese foreign minister Ali Karti highlighted the regime’s concerns regarding Iran’s proselytizing, noting, “Unfortunately, the Iranians behind these exploitative activities were trying to spread Shi’ism by offering financial gains as well as other unacceptable means.” However, analysts speculated that Sudan was bowing to pressure from the Gulf States, particularly Saudi Arabia, who denied the cash-strapped regime access to their banks earlier in the year because of its close ties with Iran. By keeping relations with Iran, it was more difficult for the Sudanese regime to build relations with other countries in the region.

As it turns out, this speculation was premature. A leaked document from the minutes of Sudan’s Joint Military and Security Committee Meeting held on August 31 reveals that the state of the Sudanese-Iranian union is still sound. The document’s authenticity has since been verified by the former prime minister of Sudan, Sadiq al-Mahdi and others.

Statements from the meeting reveal ongoing Iranian involvement in Sudan’s security structures. Or, as Minister of Defense General Abd al-Rahim Mohammed Hussein calls it, the “strategic and everlasting relationship” with Iran. Hussein revealed that in Sudan today, “there is one full battalion of the Republican Guards [Islamic Revolutionary Guards Corps (IRGC)]… and other experts who are constructing interception and spying bases in order to protect us, plus an advanced Air Defense system.” Hussein continued:

They built for us Kenana and Jebel Awliya Air Force bases. One month ago they transported to us [ballistic] missile launchers and their rockets using civil aviation planes. We stored them in Kenana and sold part of them to Qatar to support Libya fighters after they were subjected to attacks by the Egyptian and Emirates air forces.

Iran’s support for the Sudanese regime, particularly its military, goes back to the early days of President Omar al-Bashir’s postcoup regime. During his first trip to Khartoum in 1991, then-Iranian president Akbar Hashemi Rafsanjani pledged $17 million in foreign aid and $300 million in Chinese-manufactured weapons. He also sent 2,000 members of the Islamic Revolutionary Guards Corps (IRGC) to train Sudan’s security forces.

Iran has also used Sudan to support its international terrorist operations. Port Sudan is a known hub for Iranian rockets on their way to Hamas in the Gaza Strip. In 2010, the Foundation for Defense of Democracies’ Jonathan Schanzer revealed that the IRGC was operating a secret weapons factory in “Khartoum as part of an undeclared element of the 2008 defense pact signed between Iran and Sudan.” In October 2012, Israel struck a suspected weapons factory outside of Khartoum. The factory was reportedly supplying weapons to Hamas. In March 2014, the Israeli navy intercepted the Panamanian-flagged Klos-C cargo ship that was en route to Port Sudan. It was laden with M-302 missiles, intended to be unloaded in Sudan and smuggled over land through Egypt into Gaza. Additionally, Iranian ships have regularly docked at Port Sudan in the Red Sea.

But the leaked minutes suggest that this relationship with Iran must be balanced with other actors in the region. Political Secretary of the National Congress Party (NCP) Dr. Mustafa Osman Ismail stated:

Ismail indicated that he had discussed this approach with President Omar al-Bashir. He reported, “I have met with the president and presented to him a report on how we can improve our relations with the Gulf States without affecting our strategic alliance with Iran. We agreed to consult with the Iranian leadership.”

We are capable of misleading the Gulf States by taking open, declared steps and procedures towards improving diplomatic relations with them… We must explain to the Iran M.I. [military intelligence] the threats we face, they will understand, and we will benefit. At the same time we tell the Saudis that we are taking your side.

The minutes of the meeting also indicated that, despite its close cooperation with Iran, Sudan may seek to convey to the international community that it is prepared to cooperate on counterterrorism. By way of background, Sudan was designated a State Sponsor of Terrorism in August 1993. Khartoum took steps to placate Washington after 9/11, but it remains on the list today because it allows terrorist groups to operate on its soil, including Hamas, elements of Al Qaeda and the Lord’s Resistance Army.

Major General Mohammed Atta, Director of Sudan’s National Intelligence and Security Services (NISS), now sees an opportunity for Sudan. He articulated that, “with the appearance of ISIS, Europe and America must cooperate with us for combating terrorism.” General Hussein agreed, noting:

America is facing the crisis of ISIS and the other Jihadist movements that are newly formed and can move freely outside the traditional surveillance networks. Currently, there are twenty thousand (20,000) Jihadists and fifteen (15) newly formed jihadist movements who are scattered all over… and nobody owns a data-base on that as the one we have.

The minutes from this meeting yield several important insights into the thinking of the Sudanese leadership. But foremost among them is that the strategic relationship between Iran and Sudan has not changed. We must continue to view Sudan as the forward base for Iran on the African continent, both for the smuggling of weapons and the presence of Iranian troops. Washington’s Arab allies should take particular note as Sudan seeks to capitalize off of the chaos of ISIS, the Syrian civil war and the broader Arab Spring.

Laura Grossman is the Deputy Director for Research at the Foundation for Defense of Democracies.