Drama at the Gas Pump: The Curse of High and Low Energy Prices 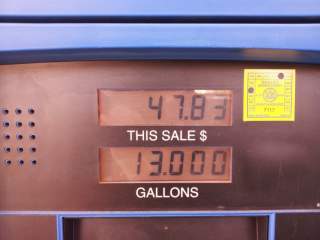 We have no clue where the price of oil will settle, when it will settle or if it will settle at all. After swinging wildly from $115 per barrel this summer to under $60 in December, experts’ predictions of future oil prices lie in a vast range between $50 and $200.

It is anticipated that small changes in oil supply and demand could lead to big price swings, disrupting the relative stability in the oil market witnessed over the last several years and introducing a new era of volatility.

There’s a global buzz about who will win and who will lose amid changing oil-market conditions. High oil prices benefit suppliers, mainly oil-rich nations such as the OPEC nations, Russia and Venezuela. Low prices can send these countries into an economic tailspin, depriving them of a major source of revenue and causing political unrest at home. In contrast, low oil prices benefit consumers, especially in wealthy and heavily motorized nations, including Japan, the EU and China. Here, high prices can constrain consumption and stunt economic growth.

Most nations fall into one of these two categories: either they produce oil and win when the price is high, or they consume it and win when it is low. America, however, is shaping up to be a major outlier.

Unlike the other leading actors in the oil market, America has recently achieved a relative parity between total petroleum production and consumption. In 2014, America’s crude oil and petroleum liquids supply averaged nearly 14 million barrels a day (mbd) while demand hovered around 19 mbd. (Other nations that figure prominently in global oil markets are saddled with net petroleum supply or demand imbalances of a factor of two or more).

America’s recent resource rebalancing might seem to be the best of all worlds. We enjoy greater economic stability than many other countries.

But there’s a catch. Our ability to make long-term energy plans and policy commitments is hampered by myopic decision making. Energy consumers and producers often act irrationally in the face of market uncertainty, basing decisions on short-term factors, rather than on enduring realities and opportunities.

Consumers tend to spend impulsively when oil prices fall and are ill prepared for uncertain oil markets. Take, for example, the recent uptick in U.S. passenger truck sales. When gas was $3.50 a gallon, the annual fuel bill for a Toyota Corolla was $1,320. Today, with gas perched around $2 (different parts of the country vary), it costs $40 less to fill a GMC Sierra (though it guzzles 70-percent more gas). Consumers buy this new math: Sierra sales were up 57 percent in November compared to last year. Purchasing an inefficient vehicle that will be on the road for a decade or longer will saddle motorists with highly variable fuel bills. When pump prices inevitably rise again, pickup trucks and SUVs become an economic burden, imposing difficult consumer trade-offs.

Producers tend to act boldly when oil prices are high and find themselves unprepared for market uncertainty. Oil infrastructure—pipelines, refineries, drilling rigs, shipping terminals, petrochemical plants and more—is expensive and built to last generations. High oil prices spur corporate spending sprees to increase marginal productivity and bolster industry returns. When prices are volatile, major oil investments and sound operating decisions are difficult to reconcile, risking market mayhem. Price volatility makes it as likely that some will rush into hasty investment decisions in order to reach for the next market peak, while others will pressure the government for subsidies, regulatory relaxation or other market assurances.

As consumers wish for oil prices to remain low, producers hope for high prices to support the next stage of resource development. Policy makers are pulled in both directions, hampering their ability to craft coherent long-term plans in the nation’s interest.

While the United States can more easily withstand low and high oil prices than Russia, China and others, increasing market volatility will nonetheless be costly and disruptive. American consumers, industries and policy makers cannot allow themselves to be seduced by short-term, reactive thinking when it comes to oil. Just because there’s no impending energy-supply crisis, does not mean that America can lose sight of the need to correct oil market failures and adopt durable energy and environmental policies, including more-robust oil reporting requirements, tighter heavy-duty truck fuel economy standards, more stringent marine vessel emission standards, vehicle electrification incentives and carbon taxes. It’s time to renew our oil vows—for richer and for poorer.