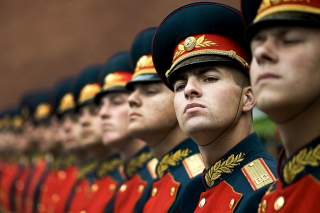 You will take office at a time when U.S.-Russian relations are at their lowest point since the end of the Cold War. Reducing tensions and moving back toward a more cooperative relationship will prove a challenge.

Part of the problem is that domestic political factors drive much of Vladimir Putin’s foreign policy. With a stagnant economy, he cannot base regime legitimacy on rising living standards, as he did in 2000–08. He instead has turned to nationalism at home and the restoration of Russia as a power-player abroad. Moreover, he holds a sense of grievance, believing that the West took advantage of Russian weakness in the past.

Since your election, Putin appears to be leaving the door at least ajar for improved relations. However, while what he wants from the United States is clear, he has shown little indication of where Russia is prepared to give.

You should early on establish clear policy lines toward Russia, including:

• Reaffirmation of NATO’s decision to modestly boost its military presence in the Baltic states and Poland in the face of Russia’s more aggressive stance, coupled with an offer to explore ways to reduce tensions between the alliance and Moscow. A dialogue to avoid miscalculation between NATO and Russian military forces operating in close proximity would be a good starting point.

• Support for Ukraine and the German-led effort to end the fighting in eastern Ukraine. You might indicate a readiness to engage more directly if that would advance the prospects for a settlement. Without accepting a Russian sphere of influence or veto over alliance membership decisions, it may be possible to reassure Moscow that Ukrainian membership in NATO is not a near-term prospect.

• Readiness to cooperate on areas where U.S. and Russian interests converge. That could include further arms control measures that go beyond the New START treaty.

As for Syria, you will need to decide American policy toward the Assad regime and opposition before engaging Russia. Moscow’s readiness to deal seriously with us will turn in part on how much influence you are prepared to exercise on the ground in Syria.

You will want to communicate at the outset of your presidency your red lines and where you are prepared to negotiate, and then stay steady on those points. As Putin comes to understand the contours of your policy and its consistency, you can gauge where he may be prepared to move and where progress may be possible.