Drones: In Technology We Trust? 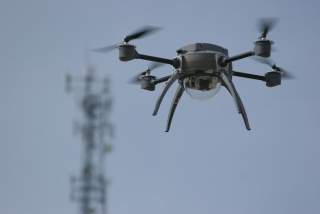 Even if you weren’t aware, this was the summer of drones. Not surprisingly, their surge in use has prompted calls to both relax and in other cases bolster regulations on this new, still-emerging technology. However, until we actually quantify and understand the threat posed by small and miniature commercial unmanned aerial vehicles (UAVs)—or drones—we should hold off on erratic efforts to rapidly put in place ad hoc, local and state regulations.

Drones are undoubtedly a boon to many areas of society, from emergency response to industry to academia, yet they also present vulnerabilities and threats never before considered. We have heard about drones causing dangerous situations for manned aircraft and emergency responders. We have heard about drones becoming a tool of perverts, spies and criminals everywhere, as well as a hovering, disruptive expression of nationalism and team spirit. Much of the specious chatter conflates prescriptive societal risk with the actual risk impact from negligent or nefarious drones. In reality, the actual risk posed by recreational and commercial drones is unknown. We lack the data. So, while we must absolutely move forward to rapidly get ahead of the “drone threat” we must expend equal if not more effort trying to understand what the “drone threat” is. Furthermore, the potential counters to negligent and nefarious drone use are as varied and complicated as the uses of drones themselves.

Today’s approach to managing the “drone threat” is an eclectic mix of laws, public service announcements and educational outreach. While these may be fine for law-abiding, civically minded recreationalists and commercial operators concerned about brand reputation, it is not a fail-safe for preventing accidents or deliberate criminal activity, nor is this a catch-all for who, what, where, when and how to respond to negligent- or nefarious-use cases.

Many of the haphazard policy, regulatory and operational solutions currently being considered are fraught with serious shortcomings and unanticipated negative outcomes. We’re reacting as we have so many times in the past; after the emotional energy has deserted us, we realize that we have wasted time, money, effort and stymied industry to enact regulatory policy, and worst of all, we are none the wiser or safer for it. We must break this reactionary policy cycle.

By asking and answering seemingly basic questions, we can understand drone and counterdrone technologies. What is a drone and what can it do? What is the difference between threats and vulnerabilities? What are our constraints? How do we balance protecting the public from harm while permitting benefits from drone technology? What’s our goal, and what are we willing to pay to achieve it?

Understanding the true threat posed by drones means we need to consult experts in the field to characterize actual risk from low-probability events and sensationalism. We need to be guided by concrete data. It’s only then that we can evaluate and make best estimates as to the “unintended consequences” of our decisions and weigh the costs, and benefits, of legislation and policy. Moreover, law enforcement, technology developers and regulators must be given the tools and powers they need, rather than expecting them to do the impossible ill equipped and empty handed. We must ensure that we’re making our people and nation more secure, not merely spending money on more security. Only then, after understanding the technology, the costs of our decisions, both good and bad, and the effects they may have, should we move forward aggressively.

Risk assessments, however, are not a panacea. Ironically, it is the human risk factor—such as hostile intent or negligence—that is challenging to quantify, as it underscores the fact that drones are piloted by humans, and not fully autonomous robots. Characterizing risk on physical vehicles and systemic operating controls is achievable. We just haven’t done it yet. And, both drone and counterdrone technologies are subject to the same unknowns: The prevailing myths and realities of advanced technologies to counter drones add another layer of complexity to a fragmented national civil drone framework.

Counter-UAV (CUAV) technologies range from detection to response. And, detection without prevention or response—either cyber or kinetic—is of little value. Without uniformly accepted technical capacity or an agreement on the utility of early detection as opposed to rapid response, finding consensus on who should use these technologies and when is moot. Reliable data on available commercial CUAV technologies doesn’t exist because we don’t have standards against which baseline requirements can yet be measured.

There are technological solutions that can be considered at the manufacturing stage, such as the use of transponders to allow for cooperative engagement—or gaining control of another’s vehicle—and pre-programed geofencing software and kill switches aimed at area denial. These permissive countermeasure solutions aren’t foolproof, however, and are vulnerable to hacking, bypassing or DIY chimera drone efforts. And once again, we’re faced with questions about who decides which environments to geofence or designate as no-fly zones? Are these purely situational or static decisions? And what do we do if the software fails?

There are a host of real-time detection technologies that are used by the military; however, quite literally, small and miniature UAVs are flying under the radar, and the collateral damage that could arise from blasting death rays at some kid’s birthday present is not deemed acceptable. Today, detection often occurs in real time, when a drone enters into an area of presently restricted airspace and is within the visual line of sight of the homeland-security enterprise. Consequently, response rather than prevention is the only option. There are other technological means (some tried and tested, some not) for kinetic engagement and physically destroying negligent or nefarious drones: lasers; tasers; directed energy; shotguns; nets; material incapacitants; winged monkeys and flying pigs; and of course, falcons.

In addition to evaluating technical validity and reliability, there’s also a need to coordinate drone detection, CUAV and traffic-management technologies. This isn’t to say that establishing a “Central Bureau on Drones” managing all things related to unmanned or remotely piloted vehicles is the best idea. But, there’s a need for government and commercial education and coordination, in part because many of the risk-reduction solutions may require manufacturers’ involvement.

There is also a need for coherent guidance that is adaptable and flexible enough to evolve as technology itself evolves over time. What’s more, technology defines and bounds operational strategy and requirements for countering UAVs. Until there is greater coordination of technological and response capabilities, doctrine and data-driven assessments for what constitutes a risk worthy of physical or cyber interdiction, everything else is hearsay.

To be sure, whatever new civil drone legislation and regulations are put forth, some person or group will take umbrage. In some instances, new legislation will be needed where existing laws and regulations cannot be interpreted to address privacy, use of force and liability concerns. However, merely legislating or transferring the risk to insurance is necessary but not sufficient to manage the risk posed by small UAVs. Developing risk-informed policies means we need more than the scant scientific data and specious claims identifying probable physical or system risk. We’re at a crossroads with drone technology today. We must endeavor to understand, control and guide the technology, rather than hide from it or pretend that we can stop it entirely.

Melissa S Hersh is a Washington D.C.-based risk analyst and consultant. Michael Hopmeier is President of Unconventional Concepts, Inc., an engineering and policy consulting firm specializing in national security issues. He is also a consultant and senior advisor to numerous government agencies and organizations. Views expressed are their own.