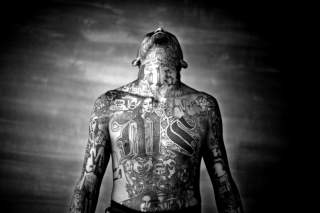 Last week, the New York Times editorialized in favor of the Obama administration’s proposal to give three Central American countries—Guatemala, El Salvador and Honduras—$1 billion in extra aid to help them fight poverty and crime. In a previous op-ed outlining the plan, Vice President Joe Biden even suggested that there is no reason why this program could not usher in “the next great success story of the Western Hemisphere.”

These Central American countries suffer from some of the most acute economic and security challenges in the Americas, some of which Washington has played a significant role in causing. Throwing money to governments with serious institutional flaws won’t solve these problems—and may exacerbate them.

Let’s begin with the security challenges. According to the United Nations’ 2013 Global Study on Homicide, Honduras, El Salvador and Guatemala ranked first, fourth and fifth, respectively, in the number of homicides per 100,000 inhabitants. Neighboring Belize was third. Central America’s Northern Triangle is the most violent region in the word. The authorities in these countries claim that most of these homicides are committed by youth gangs known as maras. The dramatic collapse in El Salvador’s murder rate after its rival maras reached a truce in March 2012, and its subsequent spike as the ceasefire crumbled, seems to confirm the official claims.

These gangs pose one of the most complex social problems in the Western Hemisphere. In the last decade, successive administrations in the region announced tough law and order approaches called mano dura, to no avail. Even the decision of El Salvador’s previous president, Mauricio Funes, to use the army to patrol the streets seems to have backfired: there are reports that the maras actually infiltrated the army and are getting their weapons from its arsenal.

A different approach sees the gangs as the children of poverty, and suggests that, instead of fighting them with guns, Central American governments should thwart their power by building schools, creating jobs and offering community programs in sports, arts and so on. While it is true that poverty plays a role in the proliferation of the maras, it’s difficult to see it as the leading cause. After all, Nicaragua suffers from even higher poverty levels than Guatemala, El Salvador and Honduras—in addition to having gone through a civil war in the 1980s—and yet has not fallen victim to this criminal scourge.

It’s not clear how giving $1 billion to Central American governments would somehow help to solve such a complex problem, particularly since new specific policies to deal with the gangs haven’t been articulated. And as long as these countries remain in the top five most violent nations in the world, it is difficult to see how they could prosper.

The fact that the Obama administration is drawing a comparison between its plan for Central America and Plan Colombia makes it even more confusing. Plan Colombia was designed to combat coca production and the Marxist insurgency that profited from that business. It was successful in helping deliver the latter goal of inflicting painful military loses to the FARC guerrilla—although, as Biden admits in his op-ed, Colombians were responsible for most of the financial effort in building up their military. Plan Colombia’s impact on cocaine production was more limited: potential production did fall by 54 percent since 2005 according UN numbers, but it simply moved back to neighboring Peru, which is once again the world’s leading coca producer. Overall, the Andean region produces more or less the same amount of cocaine as when Plan Colombia was launched in 2000.

The reality in Central America is much different than that of Colombia fifteen years ago. None of the Northern Triangle countries face a military struggle against a guerrilla whose aim is to topple the government. Instead, the greatest security challenge, as stated before, comes from youth gangs. Thus, military aid—which represented approximately 82 percent of Plan Colombia—is of little use in the Central American context.

Central America does face a serious problem with drug-related organized crime, particularly the infiltration of Mexican drug cartels. These have infiltrated not only the security and judicial apparatuses of Central American countries, but also have established alliances with the maras. According to a paper by Douglas Farah and Pamela Phillips Lum of the International Assessment and Strategy Center,

The most common interaction between gangs and TCOs [transnational criminal organizations] involved small time, street level cocaine and crack retail sales by some clicas [neighborhood level gang group of a few dozen members] who were paid in fractions of cocaine kilos for guarding loads and arranging logistics.

The authors note that there is not yet a robust economic relationship between gangs and Mexican drug cartels. However, this could change in the future, particularly if the cartels are forced to increasingly use land-based smuggling routes in Central America, as pressure grows on sea-lanes, due to U.S. patrolling. A 2009 report by STRATFOR indicates that this is already happening. It also points out that Mexican traffickers—who predominantly control northbound drug flows—have not yet engaged each other in territorial turf wars. This could easily happen if Central American governments launched large-scale counternarcotic campaigns against the cartels using U.S. aid, as occurred in Mexico.

Financially, Central American governments are no match for Mexican drug cartels, even if they receive the $1 billion pledge. In 2014, Guatemala, El Salvador and Honduras combined spent approximately $2.6 billion on their judiciary and security apparatuses. According to a report from the U.S. Justice Department, the revenues of TCOs could reach up to $39 billion annually. (This figure is a high estimate and has been challenged by other sources that claim that the figure was lower, but still higher than the combined security spending of Central American governments).

It is hard to asses the precise impact that the War on Drugs has on violence in Central America, but it is clear that drug trafficking exacerbates the serious institutional problems facing these countries. For example, in the last couple of years, Honduras has purged hundreds of policemen, in some cases because they were working for the cartels. Since 2006, Guatemala has had to outsource the investigation and prosecution of serious crimes to a UN body, since its own institutions were deeply infiltrated by organized crime.

If Washington were serious about “meaningfully tackling the root causes of instability,” as the NYT put it in its editorial, it would heed the calls of Guatemalan president Otto Pérez Molina to legalize all drugs as a way to fight the drug cartels. Unfortunately, the Obama administration’s solution is simply to throw money at the problem.

Would conditionality work? In his op-ed, Vice President Biden points out how these countries are already engaging in “reforms” as a result of Washington’s promises:

Giving $1 billion in aid to governments with serious corruption issues just because they are pledging to clean up their act is a triumph of hope over experience. After all, for almost a decade, both El Salvador and Honduras have received hundreds of millions of dollars in U.S. aid under the Millennium Challenge Corporation (MCC) for supposedly meeting thresholds in fighting corruption and improving governance. However, any observer of Central America would dispute the claim that these countries have better legal institutions today than they did five or ten years ago. The MCC recently approved Guatemala as one of its beneficiaries, too.

In the best case scenario, the Obama administration’s proposal is a waste of U.S. taxpayers’ money. In the worst case, giving $1 billion to governments with dubious records on transparency and human rights will empower corrupt officials to the detriment of ordinary Central Americans.

Juan Carlos Hidalgo is a Policy Analyst on Latin America at the Cato Institute’s Center for Global Liberty and Prosperity.