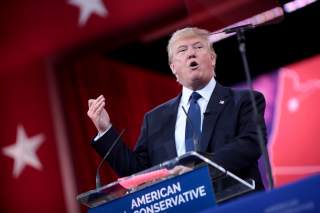 On December 28, Secretary of State John Kerry gave a long and impassioned valedictory address declaring Israel’s settlement policies to be the chief impediment to Arab-Israel peace. “The two-state solution is the only way to achieve a just and lasting peace between Israelis and Palestinians,” he said, but added “the future is now in jeopardy.”

While some progressive organizations applauded Kerry’s castigation of Israel, even many Democrats questioned both the timing of the speech and its wisdom. Kerry stumbled over facts and omitted key details, for example, the negotiated agreements rejected by the Palestinian leadership and Palestinian President Mahmoud Abbas’ refusal to negotiate during Israeli Prime Minister Benjamin Netanyahu’s previous settlement freeze.

The real question hanging over Kerry’s speech was what was new: Kerry’s principles were, in effect, those of Bill Clinton and George W. Bush, albeit less detailed. By stripping away accumulated diplomacy, however, and establishing new baselines, Kerry gave fodder to rejectionists and erased much off the progress made since the 1993 Oslo Accords.

He might, however, have unintentionally opened a new door to opportunity. If Kerry is serious about pushing the peace process forward, however, and if President-elect Donald Trump is sincere in his declaration that he “would love to be the one who made peace with Israel and the Palestinians,” then they might be able to achieve it, not by repeating past diplomatic mistakes but rather by setting them aside.

The first Intifada—Palestinian uprising against Israeli rule—occurred between 1987 and 1993. It was a largely grassroots movement. The Palestine Liberation Organization was in exile in Tunisia and had become increasingly irrelevant to events in the Gaza Strip and West Bank. The Clinton administration believed it would be easier to negotiate with a dictator, however, than with a popular movement and so maneuvered to return Arafat first to Gaza and then to the West Bank. Arafat accepted billions in aid, much of which he and his cronies pocketed, but at the moment of truth in 2000, he walked away. Ditto Abbas eight years later.

It is time to reverse that gamble on dictatorship over democracy. Abbas, now in the 12th year of his four year presidential term, violated the basis of the Oslo Accords repeatedly by bypassing bilateral negotiations to seek unilateral redress at the United Nations. The frustration is that all Quartet diplomats—and diplomatic negotiators from both Democratic and Republican administrations—know what the final parameters of a peace agreement look like: Borders based on modified 1949 Armistice lines, major settlement blocs inside Israel, and Palestinians compensated with land swaps. In addition, there would be a symbolic return of some Palestinians to Israel, and some re-division of Jerusalem with guaranteed access to all holy sites.

What Trump might do is simply take the 2008 peace agreement to a popular referendum. After all, Kerry insisted “polls of Israelis and Palestinians show there is still strong support for the two state solution in theory. They just don’t believe it can happen.” If a Trump administration puts a Palestinian state to a vote, it would empower the Palestinians to achieve their dreams without being held hostage to their corrupt leadership or pressures from an Arab rejectionist block of a newly-empowered Islamic Republic of Iran.

A referendum is within the realm of the reality. The United Nations Relief and Works Agency for Palestine Refugees (UNRWA) was founded in 1949 and was meant to be temporary. In 1951, the agency reported, “There must be a firm goal of terminating relief operations. Sustained relief operations inevitably contain the germ of human deterioration.” UNRWA’s directors were right, but Arab states, however, hijacked the group to use it as a political hammer against the Jewish state. With time, UNRWA began to view international support as an entitlement. Today, its annual budget is $1.4 billion. If the Trump administration pushed for UNRWA’s dissolution more than six decades after its mandate was supposed to expire and channeled the U.S. contribution instead to host the referendum among those currently living in the West Bank and Gaza Strip, Palestine could be independent in a year. Jerusalem need not be an obstacle: Jerusalemites might choose to vote as Israelis or Palestinians but not both. If East Jerusalem Arabs seek to vote as Palestinians, they can forfeit their Israeli citizenship and join the Palestinian state.

Israelis will accept a two-state solution. Kerry may be optimistic when he says Palestinians would as well. What happens if Palestinians vote no? Simply put, the international community can move on. Palestinians have historically received more assistance per capita than any other people and, even in Gaza, they have a higher standard of living than many Turks, Brazilians, fellow Arabs, and Africans.

Money dumped on the West Bank and Gaza could be better spent on Yemenis, Syrians, Rohingya Muslims, Turkey’s Kurds, displaced Ukrainians, or others. If Palestinians recognize that they cannot endlessly live off of international donations, they might instead learn that the path to progress is through government and personal accountability, not handouts. Diplomats might understand that throwing money at problems more often prolongs than resolves them. So if the Palestinians vote no, it is time to declare the Oslo era—and the Palestinian Authority upon which it was built—over, give Israel an open hand to secure its borders as it sees fit, and write the Palestinians off until they reconsider.

Michael Rubin (@mrubin1971) is a resident scholar at the American Enterprise Institute (AEI).