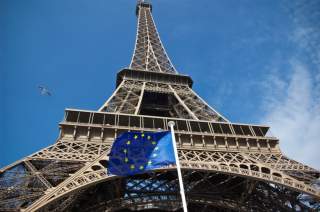 This past Saturday the members of the new European Commission, the “cabinet” of the European Union’s executive branch, took office. Led by former Luxembourgish prime minister Jean-Claude Juncker, the new Commission faces a wide range of challenges both within the Union and in its near abroad. The EU faces an unemployment rate higher than 10 percent, is near deflationary territory, and may well end up in a triple-dip recession. Meanwhile multiple armed conflicts are raging just across its borders, new and extreme political parties dominate the politics of various member states, and secession movements (Scotland, Catalonia) threaten both the EU and its constituent members. The Commission, as always without a direct electoral mandate, composed of commissioners handpicked by national governments and assigned to posts by an unelected leader, may not be able to address these problems by itself, but the priorities it ought to set for the entire constellation of European institutions are clear.

The European economy is still in shambles, and the Eurozone economy even more so. In the latter, the unemployment rate is 11.5 percent, higher than it was at any point in 2008, 2009 or 2010. Astonishingly, it is still around 25 percent in both Greece and Spain. Youth unemployment rates are also near record heights for the Euro area, at over 20 percent overall and over 50 percent in Greece and Spain. Yes, that is correct: around half of the Greeks and Spaniards between the ages of 15 and 24 who want to work cannot find work, and that has been true for years now. The only positive note here is that most of the people who were in that age group at the start of the financial crisis have aged out of it by now. Growth has been minimal ever since the Eurozone last year left recessionary territory for the second time since 2008, and improvements are not in sight.

A lot of this is unnecessary, and European policy makers bear a significant share of responsibility for the harm that has been and continues to be inflicted on especially the younger citizens of peripheral Eurozone members. Most obviously, the common currency continues to look like an unforgivable mistake by a hubristic class of utopian Eurocrats. Sadly, what is done cannot always be easily undone; there is path dependence in the options we get to consider; and dismantling the Euro now would come at a tremendous cost—and in any case, the political courage to even admit mistakes on that front, let alone reverse course, can be found only on the (growing) fringes of the European political spectrum.

Closer to the realm of feasible adjustments, monetary policy as set by the European Central Bank has been much tighter than is desirable, as many have observed. It has also been much tighter than the Federal Reserve’s, despite dealing with a much more disastrous growth and employment situation. Only now, years later, is the ECB taking its first steps toward quantitative easing: with inflation rates that have not topped 1 percent in the entire Eurozone for quite some time, and with actual deflation in some of the Southern member states, nothing could be more overdue. A more accommodating stance will hopefully allow for the beginning of a start of an incipient recovery in the South, for more balanced competitiveness dynamics on the continent as a whole, for the alleviation of ever-increasing debt burdens for already heavy-hit households, and for some sort of future on the labor market for Europe’s younger generation. And though monetary policy cannot solve everything, one thing is for sure: remaining well below your inflation target when unemployment is over 10 percent practically everywhere and over 20 percent in some places is unconscionable.

Federal Reserve policy, which has been a model to follow these past few years, keeping the West afloat in times of economic dire straits, may make a helpful contribution to Europe’s near future as well. The end of tapering has strengthened the dollar, helping the Eurozone recover some of its competitive edge and raising its export prospects. It may even lead to the importation of some much-needed inflation.

That said, monetary policy by itself will most likely not do the job: a true sense of urgency is called for. Fortunately, President Juncker appears to understand that. In his own words: “This is the 'last-chance' Commission...Either we succeed in bringing Europe's citizens together, to drastically reduce the level of unemployment and offer a way forward for our youth, or we fail." Earlier, in July, he announced a plan to “invest” the round number of 100 billion euros a year for the next three years in the European economy. This money would be “public and private,” and it would be spent on “infrastructure, notably broadband and energy networks as well as transport infrastructure in industrial centres; education, research and innovation; and renewable energy.” If this does not sound particularly concrete, it is because “[n]ew, sustainable and job-creating projects that will help restore Europe’s competitiveness need to be identified and promoted.” Perhaps some of this spending will bear fruit—certainly investments in energy networks that reduce the EU’s dependency on Russian gas would be welcome—but for now, it sounds like a cunning yet transparent way to work around the deficit rules in the Stability and Growth Pact. I, for one, wonder if the electorate in the several member states realized that the budgetary restrictions associated with that Pact would lead to the EU running and funding their education systems.

A more logical place to start investing and spending more is in defense. The past few years have shown that President Bush leaving office and Nobel Peace laureate Barack Obama replacing him did not bring eternal peace to a planet with lower sea levels, at least not instantly and not for now. The European Union has traditionally focused on the development of “soft power,” which is how people in Brussels refer to free-riding on the U.S. military. That focus could not stop the civil wars in Yugoslavia; it did not repel the repeated invasion of Ukraine; it would not deter an incursion into Estonia; and it has not brought stability to Libya and Syria, both states bordering the Union. Currently, the United Kingdom, Greece and Estonia are the only European NATO members who meet the alliance’s target of spending 2 percent of GDP on defense. If the other European NATO members met the same target, a fiscal stimulus of an order of magnitude similar to that of President Juncker’s plan would materialize. Now is a particularly pertinent time for such a program for other reasons as well. The United States has reduced its defense outlays, and the American public has shown little appetite lately for aggressive military action abroad. On top of that, President Obama, who to a large extent owes his position to his anti-war credentials, has demonstrated his reluctance to use military might, even after announcing red lines to dictators who have employed chemical weapons, displaced millions and killed tens, if not hundreds, of thousands.

But some challenges are internal to the institutions of the European Union. There is still nothing even remotely resembling a European public debate or a European civil society, let alone a European polity. As long as those do not exist, attempts to transcend the supranational character of the European Council and venues along those lines will necessarily be largely technocratic and devoid of democratic legitimacy. It was flags, hymns and constitutions that made Dutch and French voters reject further European integration in 2005; it is a generalized sense of discontent about an unaccountable elite with all the wrong priorities that has led to the rise of protest parties from Syriza in Greece to Podemos in Spain and from UKIP in the United Kingdom to AfD in Germany.

If the EU wishes to regain some of its long-lost standing in the eyes of so many of its citizens, perhaps a return to its core competencies is in order. Even though the EU now has a variety of presidents, its common market is still far from a single market. There are some hopeful signs: a unified system of banking supervision is well underway, for example. If the EU manages to complete that without destroying its financial sector and seeing the United Kingdom depart, that would be an impressive example of not letting a crisis go to waste. More conspicuous or even symbolic steps forward might matter even more in winning the hearts and minds of the electorate, and President Juncker seems to get that. One of his central initiatives is to establish a “digital single market” that would break down national silos in telecoms regulation, in copyright and data-protection legislation, in the management of radio waves and in the application of competition law.” People would, for example, no longer have to deal with mobile-phone roaming charges abroad and would gain access to a continent-wide market for music and movies, while European digital entrepreneurs would have a much easier time scaling up than they currently do.