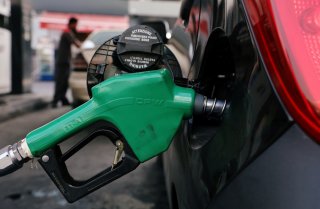 The announcement of an energy deal that would flow natural gas through Syria and into Lebanon marks a major moment for both countries and the geopolitical movements surrounding them. The plan, designed to stabilize Lebanon’s energy sector and compete with Iranian influence, appears to have the support of the necessary regional and international actors. That said, the current situation in Syria hardly supports the notion that such efforts are sustainable or realistic. Rather, political and security dynamics in the war-torn country suggest that, even if the once-marginalized Syrian president Bashar Al-Assad genuinely wants to turn to the Gulf and West, such a move is likely impossible today.

Such difficulties are realized when examining the deal’s details and the contexts in which it will function. The agreement, reached on September 8 between the energy ministers of Lebanon, Jordan, Syria, and Egypt—alongside international powers such as the United States and with World Bank financing—aims to provide up to 450 megawatts of power to the Deir Ammar power plant, one of Lebanon’s core plants in its north. This will be achieved by flowing Egyptian natural gas to Lebanon via Jordan and Syria. Additionally, a significant amount of natural gas will flow from Israel because of a 2019 Jordan-Israel gas deal, which will accommodate the additional flow of energy from Jordan to Lebanon by the end of 2021.

At face, the agreement comes at a critical juncture for Lebanon. The country is experiencing one of the worst economic crises in over a century, with severe rolling blackouts due to a lack of fuel for power plants. This is coupled with worsening economic indicators, including recent reports of an 82 percent multidimensional poverty rate. Making matters worse, political powers are actively inciting sectarian loyalties—a comfort zone considering their participation in the Lebanese Civil War—that fomented in Beirut on October 14, killing six people and wounding thirty others.

In response, Hezbollah has worked to display itself as Lebanon’s savior, importing Iranian fuel through Syria in defiance of U.S. sanctions. Such efforts fall short of Lebanon’s current energy needs but offer excellent propaganda for the strongest political and military actor in Lebanon. Hezbollah has used the shipments to project itself and Iran as defenders of Lebanon, citing U.S. sanctions and international actions as imperialistic attempts to control the country. Meanwhile, Washington is in a political bind, choosing to not apply sanctions due to the fuel shipments.

Thus, the timing of the deal makes sense given the state of Lebanon’s economic and geopolitical situation. That said, such a deal looks great on paper but is significantly more difficult to operationalize. Ultimately, the agreement is based on a series of assumptions that reject realities on the ground in Syria—a country intricately intertwined with the fate and current affairs of Lebanon.

Importantly, such an agreement assumes Syria will be stable enough for the secure flow of energy products along the Arab Gas Pipeline that runs from Jabber in southern Syria to Homs and finally Tripoli in northern Lebanon. The pipeline has been in and out of service across the conflict, with the latest outages occurring after a September 18 Islamic State (ISIS) attack on the Deir Ali power station in southern Syria. This is one of the major points along the pipeline and feeds Damascus with significant amounts of electricity. The incident reflects ISIS’s capacity to conduct operations through sleeper cells across the country.

The attack also highlights the issue of limited energy infrastructure in Syria. Today, government-held areas experience power cuts of up to twenty hours a day. This is a direct result of the conflict and the destruction of infrastructure—including the Arab Gas Pipeline. However, it is also the result of intentional deprivation of previously rebellious areas such as Daraa, where the government has purposely looted infrastructure to sustain its war effort and collectively punished communities. How can Syria be expected to hold up its side of the bargain if it cannot provide energy to its people?

Such efforts by the regime in Damascus have produced continued instability in Daraa as well, which over the summer experienced a siege by pro-government forces over its rejection of the sham May presidential elections that returned Assad to power for a fourth term. Opposition groups in Daraa governorate cited the government’s intentional deprivation, violence against its members, and the illegitimate nature of the elections as reasons for their resistance.

These feelings are shared across Syria in formerly opposition areas, and evidence of similar situations to Daraa appearing elsewhere is evident—including in places like Homs. Importantly, the Arab Gas Pipeline also runs through this governorate, which has never been a bastion of pro-government sentiment. Given Homs’s proximity to the frontline, there is also a real risk from opposition-held areas to any realistic pipeline stability.

Thus, it is exceedingly difficult to believe that any deal to flow natural gas through Syria will be sustainable in the near- to medium-term. Even though Damascus has incentives to support the deal for the aforementioned diplomatic and energy security reasons, other actors with incentives to break the deal will prevent implementation. This includes ISIS, other jihadi groups, and certain opposition forces disinterested in Lebanon and intent on harming the regime and preventing international normalization. Importantly, Washington and regional powers cannot influence all these actors to stay away from the pipeline.

Due to this, such efforts are likely much more focused on limiting Iranian influence in both Syria and Lebanon. Given Hezbollah’s recent cooperation with Tehran to flow Iranian fuel into Lebanon—certainly a public relations effort considering its smuggling of Lebanese fuel to Syria—it seems the anti-Iran coalition is focused on countering the narrative in Lebanon, which hardly addresses Lebanon’s root-corruption issues. King Abdullah II of Jordan, who seems to have originally pitched the natural gas plan in Washington and elsewhere, may also hope to break bread with Damascus through such a deal to counter Iran—ultimately, an ill-fated endeavor given Assad’s strong ties to Iran and Hezbollah.

Therefore, while the deal’s effects remain to be seen, it seems unlikely to resolve many of Lebanon’s issues or counter Iranian influence. International and regional actors continue to fail to recognize the limits of their influence—leading to such deals. Ultimately, more and different types of engagement are necessary to create real change in either of these countries.