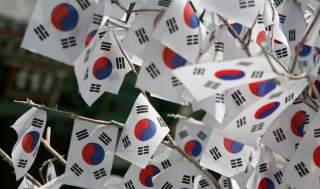 Editor’s Note: TNI has teamed up with Japan-ROK Working Group at the Pacific Forum CSIS in order to preview its upcoming report focused on improving bilateral relations through targeted engagement on a range of areas. The “Japan-ROK Series” will feature five timely articles summarizing these recommendations in fields such as cooperation on North Korea, missile defense, counterpiracy, energy security and inter-parliamentary ties. This is the fourth article in the series.

It is hard to predict when and how the Korean Peninsula might be reunified, but the North Korean government occupies a precarious position atop the poorest and most isolated state in East Asia. Its inevitable collapse, whether gradual or sudden, will present South Korea with inestimable political, logistical and financial challenges. Most of the costs of reunification, like those of division, will necessarily be borne by the Korean people themselves. Yet South Korea is by no means the only regional stakeholder with a material interest in ensuring that the North is peacefully integrated into a prosperous, democratic and nuclear-free Republic of Korea.

In an ideal world, Seoul and Washington would already be discussing contingencies with China, which clearly has an important stake in Korea’s future. Afraid news of such talks would leak, however, Beijing refuses to broach the possibility that the North’s dynastic regime, which China has kept on life support since the end of the Cold War, is doomed. This makes Beijing a wild card in the event of a crisis—for even if China will not or cannot block reunification, there is hardly any guarantee that it will defer to Seoul’s priorities.

The good news, for South Koreans, as well as for their American allies, is that Korea has another neighbor with both the ability and the incentive to play a major supporting role whenever North Korea starts to crumble. The discouraging news, from a working diplomat’s perspective, is that this neighbor is Japan, a nation which bears partial historical blame for Korea’s division, and with which South Korea has a notoriously tense relationship to this day.

The Japanese have long regarded the Korean Peninsula as vitally important to their own national security—so much so, indeed, that Tokyo would fight two wars in one decade near the turn of the twentieth century to keep it out of Chinese or Russian hands. Having dispatched these rivals, Japan was then free to annex the Peninsula, which it ruled as a colony until 1945, when Korea was split by the conquering forces of the United States and the Soviet Union. Tokyo established diplomatic ties with the regime in Seoul in 1965, but appeared to vacillate in later years between the two Korean states—distancing itself from the South’s authoritarian regime in the 1970s, for example, so as to avoid being enlisted in any future continental conflict.

This history has led some Koreans to infer that Japan must still hope to prevent the 75 million people of the two states from being joined under a single flag, lest a united Korean state pose an economic or military threat to its larger neighbor. In reality, however, Tokyo has every reason to back reunification, and even to assist in securing the integrity and stability of the Korean state that would emerge from the process. Alas, Seoul and Tokyo have done little in the way of joint planning for contingencies in Korea—let alone joint preparation for a wrenching regional crisis of the kind that could endanger the security of both nations.

The practical advantages for South Korea of including Japan in reunification planning are manifest. Whether unification arrives following a rapid collapse or through gradual integration, dragging the North into modernity will be hugely expensive. Indeed, South Korea’s sovereign credit rating has at times been discounted with reference to the projected costs of unification. In addition, the erosion of authority in North Korea would present the South with a logistical and administrative nightmare, as it seeks to restore order, secure nuclear sites and other military facilities, and provide food, shelter and medical assistance for untold millions of desperate souls.

Whether Seoul will ultimately succeed in consolidating power over the entire Peninsula is a matter of no small importance to Japan, which remains convinced that its continental neighbor is essential to its own security. While this belief once led Tokyo to covet Korea, it is today among the reasons why Japanese officials have embraced the notion of a “unified, free and open Korea.” What Japan wants, the prominent Japanese strategic thinker Masashi Nishihara has observed, is “a united Korea that is friendly to Tokyo and Washington, that is economically viable and politically open, and that will allow token U.S. presence to remain [on the Peninsula].” These objectives give Japan an “immense” stake in the success of reunification, according to Japan expert Kenneth Pyle and former U.S. Ambassador to Japan Michael Armacost.

The most immediate benefit of reunification for Japan would be the elimination of a North Korean regime, which has repeatedly threatened the archipelago, and may already have the ability to fire a nuclear-tipped missile at Tokyo. Moreover, Japanese firms would likely be among those involved in developing the North’s dilapidated infrastructure, and its manufacturers and retailers could profit in the long run from an expanded Korean export market. It is also conceivable, as Victor Cha has noted, that a strong and unified Korea may help balance against growing Chinese power in Northeast Asia, even if Seoul still maintains some distance from Tokyo—an outcome which will be more likely if Japan is seen to have aided Korea at a time of need, while China is believed to have undermined its aspirations.

If the reunification process is botched, however, these advantages will fail to materialize. The more time passes before North Korean missile and nuclear sites are secured, for example, the greater the risk that Japan might become hostage to whomever holds them. In addition, South Korea’s failure to fully pacify the North and prevent the mass exodus of refugees would increase the odds of a Chinese intervention in Korea, which might leave Beijing with an expanded sphere of regional influence. While it is politically inconceivable that armed personnel of the Japan Self-Defense Forces will be involved in any military or peacekeeping mission on Korean soil, there are, nonetheless, ways that Tokyo could ameliorate the logistical and financial burdens that Seoul would face in an emergency, as well as the risk that Japan’s efforts to provide for its own security amidst a Korean crisis—e.g., by stationing Maritime Self-Defense Force vessels in the waters between the two countries—would be interpreted as aggressive.

On the financial front, Japan should make a commitment to a Korean reunification fund, which could be seeded with money that Tokyo would otherwise give to Pyongyang in reparations in the event Japan and North Korea are able to normalize relations. Although this proposal would surely provoke intense controversy, it might also enable the Japanese government to reframe the payment of reparations as a grant of development and humanitarian aid. With regard to logistics, Seoul and Tokyo should jointly determine the particular areas in which Japanese assistance might be most valuable under a range of contingencies. Few countries have as much recent experience and expertise as Japan in responding to disasters, and its close proximity to Korea means that its aid workers and engineers might be among the first responders to any fast-moving crisis.

Some observers of the Japanese–South Korean relationship are inclined, understandably, to dismiss even limited cooperation of this sort as politically unrealistic. And indeed, it is likely that any preliminary efforts to establish a financial or logistical support role for Japan in the event of North Korea’s collapse or managed decline would be in a “Track II” diplomatic context, bringing together retired officials, academics and security analysts from each country for nonbinding talks. Ideally, Track II will be followed by a more formal “Track I” dialogue involving the legislative, diplomatic, finance and defense personnel qualified to ratify and implement programs proposed in Track II.

Up to this point, the threat posed by Pyongyang has been the only issue of sufficient urgency to bring the current leaders of Japan and South Korea together, and one may hope that the looming prospect of the North’s demise will produce an even greater sense of shared purpose. Despite their tangled history, Japan today has a powerful interest in the stability, prosperity and autonomy of Korea, which cannot be assured without its peaceful unification under Seoul. As a result, those South Koreans who remain wary of their neighbor need not trust it completely, but must only assess its interests. Under any reunification scenario, the costs and risks for each regional stakeholder will be considerable, yet both South Korea and Japan have a chance to reduce these now, if they are only able to appreciate the extent to which their national interests align.

Meredith Shaw is a PhD candidate in Political Science and International Relations at the University of Southern California. She previously worked as a research associate at the Korea Institute for National Unification.