In Eastern Europe, NATO Is No Imperialist Force 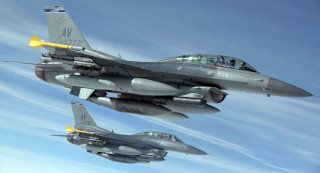 In the wake of Russia’s war against Ukraine, demand for NATO membership has spiked once again, even in the historically neutral countries of Finland and Sweden. Further south, Bosnia and Herzegovina and Kosovo are also desperately seeking a fast track to NATO membership.

Many in the West see NATO as a tool of U.S. imperialism and empire, and in important ways it is. NATO has afforded the United States the legitimacy to militaristically intervene abroad, most notably in the case of Libya in 2011. NATO is both a cause and effect of the United States’ global hegemony via its grand strategy of primacy, despite the end of Cold War rivalries.

In the post-Cold War era, however, NATO did not grow simply because the United States dictated it. On the contrary, foreign demands for security assurances have consistently spurred NATO’s enlargement long before Russia’s war in Ukraine.

NATO’s eastward enlargement is member-driven. Yet, both pro-NATO and anti-NATO Western commentators and analysts often ignore Eastern European regional voices. They reduce Eastern Europeans to objects without agency that the West may choose to act upon.

Unless scholars and policymakers delve into the regional complexities and the demand-side of NATO membership in earnest, they will miss important dynamics at play and make it harder to steer or predict future U.S. foreign policy trends. They will continue to understand world politics only through the preferences and choices of Western leaders.

A more complete picture of NATO’s trajectory in the twenty-first century emerges only when allowing room for the agency of other countries and citizens. Even a more restrained U.S. foreign policy requires an assessment of why there remains so much local demand for NATO, which is partially driven by the West’s complicity in spurring authoritarian regimes in Europe.

It is now clear to even casual observers why countries bordering Russia have sought NATO membership, often with high public support at every step of the way. These countries have been ringing the alarm on escalating Russian aggression for decades.

But as neo-realist John Mearsheimer has himself admitted, Ukraine presents a vital national interest to Russia because “Putin is a 19th Century man.” In other words, Ukraine’s NATO aspirations are only threats to Russian core interests when seen through the lens of its imperial past and renewed imperialistic ambitions. Also telling is Putin’s recent statement on Sweden and Finland’s pending NATO membership applications. He proclaimed that Russia “has no problem … these countries do not pose a direct threat to Russia.” Only Ukraine poses a problem. Yet, neither Ukraine nor NATO directly threatens Russia’s borders, sovereignty, or physical survival in any clear way. Moreover, until now, Ukraine had little chance of joining NATO in the coming years. Therefore, it is imperialism, not core interests or NATO enlargement, that drives Russian aggression in Ukraine.

These prominent voices do not consider that Russian aggression has been the primary reason Baltic and Eastern European countries have sought NATO’s protection. At its most basic iteration, Russia aims to halt NATO expansion to preserve a privileged sphere of influence and domination in Eastern Europe. In contrast, Eastern European countries seek NATO membership to ensure their survival as sovereign nation-states against a regional imperial power. NATO, with all its flaws, has been a guarantor of sovereignty for its European members.

It is not surprising that new members have shown strong public support for NATO prior to accession. As shown in the table below, ten out of eleven countries that joined NATO in the 2000s did so with public support over 50 percent, often even over 70 percent, prior to membership. The only country that bucked this trend was Montenegro, which at the time of polling in 2017 was divided between pro-Western and pro-Russian factions.

Note: Publicly-available poll sources hyperlinked within the table. Most recently available data prior to the accession of the country listed.

Therefore, it is misleading to use the language of NATO “expanding into” the Czech Republic, Hungary, and Poland in 1999, the Baltic countries in 2004, and then the Balkan states in 2009 and onward. Furthermore, NATO is not a monolith. Member states disagree ardently at times, even against key U.S. demands as in the case of the 2003 intervention in Iraq, where NATO had no involvement given member objections.

Eastern and Southern European countries actively sought membership in the alliance, prioritizing NATO accession in their foreign and domestic policies for decades. When these countries finally joined the alliance, many citizens cheered in relief.

Even countries that do not directly border Russia are enthusiastic about NATO membership, particularly in the Western Balkans. This is because the United States is not the only imperialist power afoot.

The Case for NATO in the Western Balkans

While Western imperialism should be condemned, so should the non-Western variety. In Eastern Europe, it was the Soviet Union that embodied the worst of imperialism. Today it is Russia, with its numerous military invasions and occupations in the region since 1999.

In the Western Balkans, the United States and NATO have not posed an existential threat to the citizens of Albania, Croatia, Bosnia and Herzegovina, Greece, and Kosovo. Instead, these citizens worry about threats to their homelands stemming from regional hegemons and revisionist powers, including Russia, Serbia, and Turkey.

For instance, in Albania, Bosnia and Herzegovina, and Croatia, citizens and leaders fear the rise of a revisionist Serbia echoing the aspirations of a Serbian-led Yugoslavia, now called Serb World. The genocides and gruesome wars of the 1990s remain fresh and terrifying reminders of such existential fears, as mass graves of civilian victims, continue to be uncovered. For others, it is the rise of a revisionist Turkey, renewed land grabs, the suppression of minority rights in Greece, or fears of a Russian-backed coup in Montenegro that spark dread. The youngest state in the region, Kosovo, fears for its very survival as it vies for United Nations (UN) recognition against Serbia’s derecognition campaigns and hyper-nationalist mobilizations, as well as Russia’s opposition.

Balkan and Eastern European support for NATO membership originates from a history of oppression by regional powers, prompting strong demands for external protection. Any scholar or policymaker who does not acknowledge this local reality will reproduce incomplete perspectives or worse, promote accounts that hollow out local agency.

Discussing NATO enlargement within Eastern Europe and the Balkans without delving into the complexities of regional history and politics is an imperialist project. When Western actors explain NATO membership through the lens of Western machinations and blame European states for their NATO aspirations, they are really saying that Eastern European and Balkan countries should be content to serve as buffer states between empires and accept their lot as second-class nations.

The West can engage in self-criticism of its foreign policy without blaming the victims of other imperialist powers. In fact, the West can begin its moral reckoning by understanding and accepting how its accommodation of Russia and other local aggressors has inflamed regional fears and magnified demands for NATO enlargement.

For instance, by buying Russian energy on Russia’s terms and remaining mute or even legitimizing Russia’s invasions of its weaker neighbors, the United States and European Union have perpetuated corruption and authoritarianism in Russia and Europe. By propping up authoritarian “ethnocrat” leaders in the Western Balkans in the name of regional stability, the West has inflamed regional imperialists, encouraged separatist agendas, and exacerbated instability and tension. All of this only fuels regional demands for NATO protection.

Instead of blaming the victims of another imperialist power, the West should focus on its own complicity in enabling regional aggressors.

Other countries have agency in international relations; NATO membership proves it. Any account that portrays NATO’s eastward expansion only through the lens of Western politics dismisses Eastern European and Balkan countries as powerless pawns of empire.