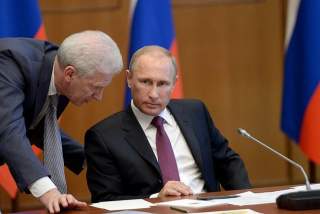 For the foreseeable future, therefore, Donbass will most likely be deprived of any effective political voice, becoming essentially an occupied territory. Local concerns will no longer be effectively captured in national elections, since the parties popular in the east and south have been suppressed. As a result, resistance will be driven underground, spawning a subculture of resentment against “the occupiers” that will haunt Ukrainian politics for many years to come. Persistent unrest also means that the political and economic reforms envisioned by the EU Association Agreement will be impossible to implement nationwide. The United States went through a similar phase after the Civil War. In the North, it was euphemistically referred to as Reconstruction, but in the South it was more commonly called “carpetbagging.”

But the most insidious danger, as yet little understood in either the West or in Ukraine, is that after the end of the fighting, the threat of “Russian aggression” will continue to be used to deny the people in eastern Ukraine not just their cultural rights, but their political rights as well. Should the psychological and financial burden of the occupation of Donbass linger, it will most likely spell the end of Ukrainian democracy.

Nicolai N. Petro is professor of politics at the University of Rhode Island. He has recently returned from a year-long Fulbright research scholarship in Ukraine.

Editor’s Note: This is part one of a two part series.

Earlier versions of this and part two of this series were presented at the Center on Global Interests in Washington, D.C., and the U.S. Naval War College in Newport, Rhode Island.