Echoes of Watergate in the Trump Era 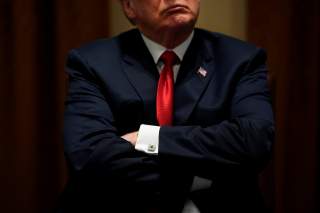 There is little comparison between the current imbroglio with the special counsel and congressional committee investigations and the Watergate controversy of 1972–74. Watergate arose when there had been no serious discussion of impeachment of a president since the outrageous assault on Andrew Johnson by radical reconstructionist Republicans in 1868. The whole proposition was practically unthinkable and widely held to be a disgraceful procedure that would severely embarrass the country in the world and imperil the smooth functioning of the U.S. government. It was thought that any upheaval in the administration and Congress so radical could be dangerous in the Cold War, which President Richard Nixon had just succeeded in starting to deescalate, having extricated the United States from the Vietnam War while preserving a non-Communist government in South Vietnam. There has never been any conclusive evidence that Nixon personally committed any illegalities, but he bungled the investigation, uttered a number of serious public untruths, and members of his White House entourage and the Republican National Committee undoubtedly engaged in a conspiracy to obstruct justice.

Nixon was of the old school of the Truman and Eisenhower administrations, when he was a prominent congressman, senator, and the vice president, that held that national security, (a concept that was only originated by President Franklin D. Roosevelt in his “Great Arsenal of Democracy” address to the nation on December 29, 1940), if faithfully invoked, justified almost any act by the president. The political dangers of the Watergate intrusion—it was forced entry but was not a break-in, as nothing was broken nor anything stolen or vandalized, and the president knew nothing about it until after the fact—were not immediately recognized. Any trial would be in the District of Columbia, where approximately 85 percent of the people and presumably all the jurors are Democrats, and from the first day the country’s leading trial lawyer, Edward Bennett Williams, was acting for the Democratic National Committee.

Nixon, after one of the most successful four-year terms in the country’s history, was unbeatable in the 1972 election. He took over a country in 1969 that had 540,000 draftees in Vietnam, two hundred to four hundred coming home in body bags every week, that was racked by race and antiwar riots all over the country every week, and that had no serious foreign conversations in progress with the Soviet Union, in the Middle East, nor any formal exchanges with the People’s Republic of China. After four years, the riots and skyjackings (which were frequent for a time), were stopped, the United States had withdrawn 95 percent of its forces from Vietnam and the Communists had not gained in the country, the United States and USSR had signed the greatest arms control agreement in history with SALT I, (which incidentally restored U.S. nuclear superiority by ignoring multi-independently targeted reentry missiles—ten missiles per ICBM). The crime rate had fallen, inflation had been stopped, segregation ended without recourse to the mad court-ordered busing of millions of children around metropolitan areas to get racial balance, relations had been spectacularly opened with China, the peace process in the Middle East had begun, the Environmental Protection Agency had been founded and the end of conscription had been announced. Only Abraham Lincoln’s one full term and the first and third terms of FDR had rivalled Nixon’s achievement. The Democratic reaction to the initially trivial Watergate entry may be assumed to have been fueled by a partisan fervor torqued up by the utter hopelessness of the Democratic prospects in 1972,with a far-left candidate with a far-left program.

The Democratic National Committee, the offended tenant in the Watergate intrusion, pushed all the buttons it could, and there were a good many subpoenas and much press speculation and some dubious performances under oath even before the election, which Nixon won by the greatest plurality in American history, eighteen-million votes. It could only grow as a problem after that, unless Nixon took draconian measures to cut loose anyone who could be legally vulnerable and maintain a firewall between himself and the defense. Historical mind-reading is almost always a bad idea and unlikely to yield anything accurate or useful. The reasons for the shortcomings of the Nixon strategy appear to have been an infelicitous combination of having won “the last election, and the best” by such a landslide; complacency about the ambit of national security initiatives, insouciance about the ability of the Democrats and their media friends to raise mischief and hell in the DC courts and national media, and some mysterious failure in the president’s idiosyncratic reasoning to swerve clear of what soon took on the nemesis character of a preordained personal national tragedy. It was also a travesty, a false demonization of a very good president and a false elevation of a fraudulently righteous and perfervid, almost regicidal mob in the press.

More durably, it was the launch of the mortally dangerous blood-lust of politicization of policy differences. Nixon, probably guiltless of wrongdoing personally, a fine and successful reelected president, appalled by his misjudgment of this nonsensical issue, would not subject the country, his family, and himself, to the indignity of an impeachment trial and retired. The Democrats had another go at it with President Ronald Reagan and Iran-Contra. Reagan was popular and well-intentioned and professed not to remember much, and it passed after Adm. John Poindexter said the buck stopped with him. (Poindexter was convicted of several offenses but these were overturned on appeal.) The Republicans had their turn with Clinton, who was not evidently embarrassed by an impeachment trial, over what began as questionable financial dealings in Arkansas when he was governor and ended up with peccadilloes with an intern. The whole process has become tawdrier and steadily more routine. With Trump, the impeachers have more than they bargained for, and he has ripped off the mask of false American justice and exposed the FBI almost as the dirty tricks division of the Democratic National Committee. Donald Trump is a brawler unlike Nixon, Reagan, Bush and Clinton. (Nixon was good at single combat, but under intense pressure, relied exclusively on himself, as in the Chequers controversy in 1952.)

The idea that Donald Trump ever conspired with a foreign government against the national interest in an election is as fantastic as the idea that Oprah Winfrey was deposited as a Martian Candidate to seize control of the government and the world. We now know that the Clinton campaign commissioned and paid for the infamous Steele Dossier, that it fed material to Steele who then fed it to the FBI and Justice department; that the fourth highest official in the Justice Department, Bruce Ohr, was the intermediary between his wife, Nellie Ohr, who helped assemble all the defamatory anti-Trump libels in the spring of 2016, and the militant anti-Trumps in the Justice Department and FBI; That the Steele dossier was necessary to secure spurious FISA surveillance of the Trump campaign and transition, and that Comey and underlings involved in the Mueller investigation had intervened to whitewash Hillary Clinton in several of her roles. There is no substance of any of it and the longer the congressional Democrats try to breath wind into the limp sails of this clunker, the deeper the problem they create for themselves.

The most desirable possible outcome would be a bipartisan scorched-fingers retreat from the temptation to destabilize presidents by trying to criminalize political differences. Since the best option rarely occurs in political Washington, we shall have to await the end of the banal circus. Those of us who have known Donald Trump a long time—and have had successful commercial relationships with him—know how determined and cunning he is. There is almost no chance the Democrats can win this battle, and the longer they persist with it, the greater the punishment they will eventually receive from an aggrieved electorate. Nixon almost couldn’t win. Trump almost can’t lose.