The Economic Showdown in the South China Sea 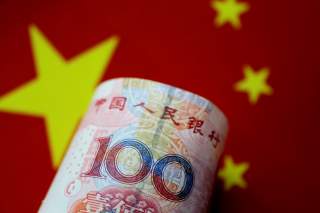 As China inches closer to imposing a de facto exclusion zone across the South China Sea, it has sought to box the United States out of Southeast Asia. Having deployed state-of-the-art weapons systems to artificially created islands in the area, a Chinese Air Defense Identification Zone is more a matter of “when” than “if.” The Asian powerhouse has forged ahead with negotiating a Code of Conduct (COC) in the contested areas that could, first, consolidate its gains on the ground and, more importantly, drive a wedge between Southeast Asian countries and Washington.

In an unprecedented act of chutzpah, China has asked—as part of confidence-building measures (CBMs) in the South China Sea—Southeast Asian countries to cease joint military exercises with external powers unless they have received China’s permission. It also proposed regular naval exercises with Southeast Asian claimant states as well as resource-sharing regimes to govern the exploration of oil and gas resources in the area.

In short, China is pushing for a self-serving modus vivendi, which will effectively reduce its Southeast Asian neighbors to neo-tributary states. Wary of Beijing’s exclusionary intentions, and cognizant of Southeast Asian states’ preference for strategic space, the Trump administration has pushed back with gusto. It dispatched Secretary of State Mike Pompeo to a weeklong visit to the region, with America’s chief diplomat visiting key Association of Southeast Asian Nations (ASEAN), namely Indonesia, Malaysia and Singapore.

During his visit, Pompeo put forward a series of economic and defense initiatives, which are aimed at preserving American primacy in the region and strengthening Southeast Asian countries’ bargaining chip vis-à-vis China, whether in matters of investment or territorial disputes.

The Trump administration has sought to reassure its regional allies and partners about its commitment to a “Free and Open Indo-Pacific” (FOIP), a new geopolitical paradigm that seeks to diminish China’s centrality in the Eurasian landmass in favor of an emerging alliance among democratically-leaning naval powers, namely the United States, Japan, Australia and India.

Washington is keen on soliciting the support of key Southeast Asian states such as Indonesia and Vietnam to constrain China’s increasingly revisionist geopolitical assertiveness. The ASEAN has, so far, cautiously welcomed Sino-America rivalry, so long as it provides smaller regional states with alternative sources of capital, technology and defense cooperation. Still, there are growing concerns over the possibility of an all-out conflict between the two superpowers, as the United States and China jostle for naval and economic dominance in Asia.

China’s Foreign Minister and State Councilor Wang Yi was more than eager to display his country’s growing geopolitical heft during the late-July ASEAN Foreign Ministers Meeting (AFMM) in Singapore. During his state in the city-state, he met ministers from across the world, discussing the Iranian nuclear deal with his counterpart from Tehran, climate change with European Union foreign policy chief Federica Maria Mogherini, and trade wars with Canadian foreign minister Chrystia Freeland.

The highlight of his high-velocity diplomatic meetings, however, was the ASEAN ministers. The two sides triumphantly announced the completion of a “Single Draft COC Negotiating Text,” which will serve as the basis for the negotiation of a final set of rules to govern the conduct of claimant parties in the South China Sea. Once finalized, China, the Philippines, Brunei, Vietnam, and Malaysia are expected to abide by the spirit and letter of a COC.

After almost two decades, it’s still not yet clear if the final document will be legally-binding and, crucially, what its reference point will be. Will it be the United Nations Convention on the Law of the Sea (UNCLOS), the ASEAN’s Treaty of Amity and Cooperation (TAC), or China’s alternative interpretation of the regime of rights and entitlements in the South China Sea, or, perhaps, a combination of all? In this sense, the COC negotiations still look like a ritualized mirage with no clear deadline or concrete blueprint.

What’s clear is that the COC will not be based on the Philippines’ landmark arbitration award against China, under the aegis of the UNCLOS. In fact, the Philippines took over from Singapore the ASEAN-China coordinator role. Under President Rodrigo Duterte, the Southeast Asian country has opted for a “soft landing” with China, refusing to raise the arbitration award in multilateral fora.

Thus, the primary risk with the COC is that it will serve as a tool by China to effectively bury the arbitral award at The Hague, which, per international law, is “final” and “binding.” It also provides China a veneer of diplomatic nicety to temper concerns over its aggressive actions on the ground.

In their joint statement, ASEAN foreign ministers “warmly welcomed the continued improving cooperation” with Beijing, and celebrated recent movements in the negotiation of a “substantive” COC as well as expanding maritime security with China. In fact, just days after the AFMM, Chinese and ASEAN navies held their first-ever joint naval exercises in Singapore’s Changi Naval Base, as part of a broader series of institutionalized Confidence-Building Measures (CBMs) in the South China Sea.

For China, the COC is a strategic mechanism to box out America from the region. Under the section Duty to Cooperate of the most recent draft of the COC, Beijing encouraged “military activities in the region,” which “shall be conducive to enhancing mutual trust.” They have proposed “mutual port calls of military vessels and joint patrols on a regular basis” as well as “undertaking joint military exercises among China and ASEAN Member States on a regular basis.”

Crucially, however, China insisted that all parties to the agreement shall “establish a notification mechanism on military activities, and to notify each other of major military activities if deemed necessary. The Parties shall not hold joint military exercises with countries from outside the region, unless the parties concerned are notified beforehand and express no objection.”

As Australian analyst Carl Thayer, who obtained the copy of the COC draft, observes, this is nothing short of China “aim[ing] to bind ASEAN member-states in the COC and limit if not exclude the involvement of third parties.” For the first time in recent memory, China is brazenly asking Southeast Asian countries to choose between Beijing and Washington.

There is a catch, however, since most ASEAN countries are eager to maintain their defense alliance (the Philippines and Thailand), undeclared alliance (Singapore and Vietnam), or low-key strategic partnership (Indonesia and Malaysia) with Washington. So there is still time to pushback against Chinese demands in the COC and elsewhere.

It was precisely in recognition of the ASEAN’s commitment to independence that Pompeo unveiled two initiatives, namely a $113 million investment fund, which aims to mobilize private American capital for high-quality investments in the ASEAN, as well as a $300 million package of security assistance, which is aimed at enhancing the surveillance and minimum deterrence capabilities of littoral states across the greater South China basin, including the North Natuna Sea.

Pompeo underscored the Trump administration’s commitment to the $60 billion Better Utilization of Investments Leading to Development (BUILD) Act, a government-funded investment program aimed at enhancing America’s economic footprint in strategic regions such as Southeast Asia. The U.S. Congress is also deliberating on a multibillion-dollar Asia Reassurance Initiative, which aims to enhance the United States’ naval presence across the Indo-Pacific theatre.

The Trump administration doesn’t seek to match China’s trillion-dollar Belt and Road Initiative (BRI) dollar-by-dollar, but it seeks to provide alternative investment opportunities as well as emphasize risks embedded in Beijing’s investment strategy in the developing world. The economic thrust of the Trump administration is a force multiplier for parallel investment initiatives by key allies such as Japan and Australia, which have consistently supported America’s vision of quality and sustainable infrastructure in Southeast Asia.

For the ASEAN countries, the intensified Sino-American rivalry is much welcomed so long as it’s confined to a competition over infrastructure investments and mutually-beneficial, non-exclusionary defense cooperation regimes. What they don’t welcome is a zero-sum struggle for hegemony, which will undermine their hard-fought autonomy and prosperity in an increasingly uncertain geopolitical landscape.

Image: A China yuan note is seen in this illustration photo May 31, 2017. REUTERS/Thomas White/Illustration/File Photo