Economics 2018: Get Ready for a Whole Lot of Nothing 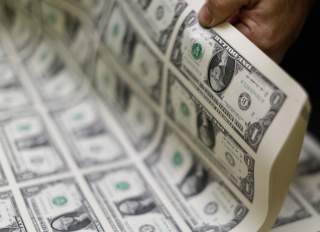 Sometimes the world is just boring, and that’s the way 2018 looks. Sure, it is always tempting to call a top or project an unexpected bull run. After all, plenty of people who warned about the impending financial crisis continue to place that at the top of their resume. Unfortunately, 2018 is not one of those years.

With tax reform on the horizon, the economics of 2018 appear rather sanguine, and markets tend to follow economics. “The U.S. Economy Likely to Be Sanguine in 2018” does not get many clicks or many grab many headlines. What would be far more useful is taking a longer-term view on the U.S. economy, and more broadly, markets.

And what really makes the 2018 economy so intriguing is how similar it appears to 2017. Few, if any, observers anticipated the acceleration in Europe. Oil prices have slowly climbed all year. The United States is poised to grow at a similar rate of 2.5 percent with a Fed that is tightening slowly. China’s growth rate is slowly slowing. That sounds remarkably like 2017.

Europe’s growth has been an unexpected, but welcome, addition to the case for persistent global growth. German growth has proven resilient, and France is undergoing reforms that should strengthen its economy for years to come.

Oil prices have been volatile, and this should continue. But U.S. stockpiles are beginning to move lower, and OPEC has extended cuts. That stabilizes an important geopolitical flash point, and reinvigorates an important aspect of the United States’ near-term growth potential.

The United States should grow at around 2.5 percent next year, possibly a bit faster. The growth rate is nothing spectacular, but enough to keep the global growth story alive. It should also keep the Federal Reserve from prematurely slowing the recovery. A 2.5 percent growth rate should not overheat inflation or wages. The Fed will probably still raise rates, but not quickly enough to kill-off U.S. growth.

China’s growth rate will slow, and the Chinese leadership will begin to tackle some economic reforms. Of particular concern is how quickly and sharply Beijing reigns in the property market. Another possible issue is a reversal in its rampant debt expansion. Slowing credit expansion is akin to slowing growth, and Chinese authorities are unlikely to want to restrict it too much.

The similarities to of 2018 to 2017 do not end there. The promise of tax reform is also a tailwind for 2018. Following the election of Donald Trump, there was the expectation that his first course of action would be to tackle tax reform. Of course, this did not turn out to be the case, and the GOP’s repeated attempts to repeal healthcare failed. But tax reform is now poised to happen.

This makes 2018 dull. Without tax reform (or some other catalyst) to keep the economy in growth mode, there was a decent chance that an exhausted consumer and tepid business investment would tip the U.S. economy toward a recession.

Tax reform reverses many of those potential headwinds in 2018. Business investment is likely to pick up, if only on the margin. The consumer will get a bit of a tax break, though not much. It may not fully reverse the spending exhaustion, but it will at least slow the consumption decline.

Of note, despite the healthcare repeal failure and a lack of tax reform, U.S. markets did well extraordinarily well this year. Again, this defies last year’s consensus for modest returns. Instead, the S&P 500 is higher by around 20 percent.

Critically, it is not because of the expectation of lower tax rates. The leaders of the market rally were U.S. technology companies with low tax rates generally known for their defensive characteristics. These companies may see their tax bills go higher under the proposed tax package. The highly taxed sectors that would benefit the most are severe laggards.

This is part of the problem for finding something dramatic to write about in regards to 2018. There really does not seem to be anything to interesting about 2018. It looks a lot like 2017. Stable global growth and tax reform should be good for equity markets, but who knows how much or for how long.

Image: United States one dollar bills are curled and inspected during production at the Bureau of Engraving and Printing in Washington November 14, 2014. REUTERS/Gary Cameron