An Economist’s Fix to the Iran Deal 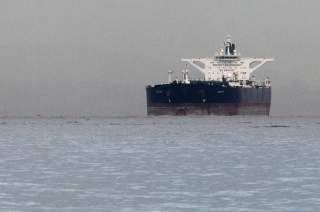 The new sanctions regime would give much less leeway for Iran to act like a rogue state. There is no need to negotiate with Iran's government directly and wait for it to comply with the U.S.-UN sanction swap. With bold U.S. leadership and determination to act, the international community can make that call for Iran and push the country towards a better, less belligerent future.

Reza Ansari is an Iranian economist based in Washington DC. You can follow him at @TheRezaAnsari.

Dalibor Rohac is a research fellow at the American Enterprise Institute. You can follow him at @DaliborRohac.

Image: Malta-flagged Iranian crude oil supertanker "Delvar" is seen anchored off Singapore March 1, 2012. Western trade sanctions against Iran are strangling its oil exports even before they go into effect, a U.S. advisory body has found, amid warnings that any shortages will only push up crude prices and strain a weak global economy. REUTERS/Tim Chong (SINGAPORE - Tags: ENERGY BUSINESS MARITIME TRANSPORT)