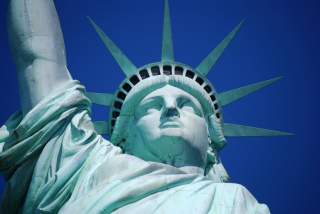 Jonathan Haidt, in his masterful and provocative essay “When and Why Nationalism Beats Globalism,” views mass immigration—supported by globalists (i.e., liberals)—as the trigger that sets off the authoritarian impulses of nationalists (i.e., social conservatives). Haidt hence suggests that immigration policies ought to take into account three key factors: (1) the percentage of foreign-born residents at any given time, (2) the degree of “moral difference” between the incoming group and the members of the host society, and (3) the degree of assimilation being achieved by each group’s children. He concludes that although it is possible to have moderate levels of immigration from “morally different ethnic groups”—so long as they are seen to be assimilating into the host culture—high levels of immigration from countries with very different moralities, and without a strong and successful assimilationist program, will trigger an authoritarian backlash. (Haidt never argues that this means that immigrants coming to Europe from Muslim countries are a major source of concern, but quite a few readers will draw this conclusion from his text.)

David Brooks, in a column that refers to Haidt’s essay as “outstanding,” draws a conclusion that is worth quoting at some length:

“Unfortunately, the forces of multiculturalism destroyed that commitment to cultural union. That has led to Trump, who has upended universalistic American nationalism and replaced it with European blood and soil nationalism in a stars and stripes disguise.

The way out of this debate is not to go nationalist or globalist. It’s to return to American nationalism — espoused by people like Walt Whitman — which combines an inclusive definition of who is Our Own with a fervent commitment to assimilate and Take Care of them.”

Both Haidt and Brooks may well be right that immigration is a very significant factor in the current reaction of the nationalists to the liberal policies favored by globalists; however, it is far from the only one. Hence, we find the same trends—including the rise of right-wing demagogues, parties and movements—in societies that have little immigration. Two other major factors are involved: one is the march of individual rights, and the other is growing community deficit.

Much more attention should be paid to the effect of the major liberation movements that, over the decades, have encouraged and forced traditional communities to yield to individual rights. These include civil rights, women’s rights and gay rights movements. The same holds for human rights. The United Nations was supposed to respect and regulate relations among nations. However, its most influential project has been the Declaration of Universal Human Rights and its promotion. Rights, by definition, empower individual citizens and curb the powers of the nation and of communities, to the distress of nationalists.

What can be done to mitigate the authoritarian activation effects of the march of rights—without yielding to prejudice and discrimination? Avoid pursuing them too zealously. A few examples follow.

Freedom of speech famously grants everyone the right to say most anything they want, however offensive the speech is. Nevertheless, most of us consider it wrong to use the “N-word” (or other racial slurs or ethnic epithets). Why? Because while we seek to maintain our legal right to use such terms, we take into account the emotions of our fellow community members that inform us that it is not right socially and morally to exercise our legal rights to the fullest extent.

As far as immigration is concerned, Americans have learned not to demand total assimilation (as the French do), removing all signs of previous loyalties and communal bonds and values. American society sorts immigrant behavior into various boxes: one, in which all immigrants have to learn to buy into shared societal values (e.g., nonviolence, respect for the law), and the others, in which they are allowed, and indeed are welcome, to continue to differ (e.g., to whom they pray). That is, we allow, and in effect foster, a combination of universalism and particularity rather the domination of universalism. Europeans should take note.

Many millions of Americans live in gated communities. They have been subject to much criticism, if not scorn by liberals. However, that is where people find ways to maintain and foster their communities. Hence, here too the two-layer approach should be followed: as long as these communities do not discriminate or burn books, and otherwise stay within society’s legal framework, they would be welcome to form their own policies. (These include the kind of architecture allowed, parking on streets at night and scores of other rules.)

When some communities resisted opening bathrooms in their schools to people who want to use one for the gender other than the one assigned at birth, the federal government threatened to deny them billions in federal funds, which would mean that the welfare, health care and education of millions of their citizens, especially the poor and minorities, would suffer. A less zealous supporter of the rights of transgender people, who amount to 0.1 or 0.2 percent of the population, would have noted that there are measures that could satisfy both globalists and nationalists, such as adding gender-neutral bathrooms.

A more difficult case is the insistence that all florists, cake makers and photographers must be willing to serve gay weddings. Refusal to serve a whole class of people is discriminatory on its face, especially against a protected group. However, this particular kind of discrimination has subminimal effects. Very few gay people will want to be served by people who consider them to be committing horrible sins (or to give them their business) and they are sure to find many others happy to serve them. True, when this discrimination is turned into a major symbolic issue, as a gross violation of a major principle, it raises legitimate concerns. Otherwise, it is best treated the way federal laws treat the use of marijuana: legalized in some states but banned on the federal level, the government does not approve of such conduct but tolerates it.

Communitarian sociologists—including Émile Durkheim, whom Haidt cites—have been pointing out for two centuries that the rise of modernity threatens the communal bonds that many find essential for their sense of identity, emotional stability and moral codes. Brooks has spelled out in several very telling columns the ways in which people (especially nationalists) suffer when their communities are weakened. We need policies that help shore up communities. These include not closing local institutions (such as schools) even if regional schools are more cost-efficient, devolution of services to communities rather than to the state, proper urban design (e.g., wide sidewalks) and many others.

True, all these measures together will not do if economic growth remains anemic, and if globalization keeps shaking up societies and communities. However, these policies can help to mitigate authoritarian tendencies, in addition to finding the best ways to integrate immigrants into host societies.

Professor Amitai Etzioni is the Director of the Institute for Communitarian Policy Studies at The George Washington University. His newest book, Foreign Policy: Thinking Outside the Box, was recently published by Routledge.