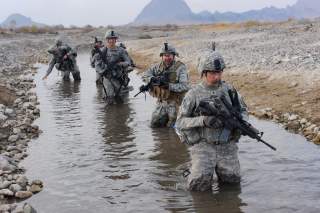 The history of U.S. presidential elections has long been characterized by campaign promises. Whether it be to lower taxes, create jobs, or even build a wall. The public loves campaign promises because they make it easy to measure a candidate’s success once that person is in office. However, campaign promises concerning Middle East policy have proven highly problematic.

Both former President Barack Obama and President Donald Trump promised to “bring troops home” from the conflicts in the Middle East. As the number of American casualties increased, these promises appealed to the American people and won their votes. Since most Americans have little to no experience with foreign-policy issues, they did not consider the many important factors attached to such a promise. For example, religious, ethnic, tribal, and political issues, in addition to who officially holds power, factor into regional instability. Therefore, Obama and Trump, by catering to the American people through their grand campaign promises, caused harmful power vacuums that compromised the future of security in the Middle East.

When Obama ran for office in 2008, he promised to withdraw U.S. forces from Iraq. The 2008 Status of Forces Agreement (SOFA) created under former President George W. Bush authorized U.S. troops in Iraq to mitigate sectarian-based violence. However, when the Iraqi National Movement won a majority of seats in the 2010 parliamentary elections, Obama knew that political reshuffling during a transitional period of governance, especially in a post-sectarian war environment, would undermine the stability he needed in order to withdraw U.S. troops.

Some people have speculated that the Obama administration attempted to influence the situation. In fact, some U.S. officials claimed that former Vice President Joe Biden encouraged the leader of the newly elected coalition, Ayad Allawi, to refuse the position of prime minister. Regardless of whether or not the United States did apply pressure, Obama still developed a power-sharing agreement with the incumbent Nouri al-Maliki as prime minister and not the democratically elected winner.

As the SOFA neared its expiration in 2011, Obama had the option to leave a small military presence in Iraq. Many American military officials and even Maliki wanted a “residual force” to remain in Iraq to develop and reinforce the domestic security apparatus. However, negotiations over renewing the agreement failed because Obama included a controversial clause that granted legal immunity to U.S. troops from prosecution under Iraqi law. The Iraqi Parliament would not support such a proposition, and by refusing to continue negotiations, Obama let the SOFA die so that he could keep his campaign promise and withdraw troops.

The power vacuum caused by the following withdrawal and the increased marginalization of the Sunni population under the reign of Maliki encouraged the rise of the Islamic State. The campaign promise that Obama made negatively affected his decision to support democracy and a gradual transition to Iraqi-led security.

Trump also repeatedly promised his supporters while on the campaign trail that he would withdraw troops from the Middle East. His focus was on the U.S. presence in Syria. On December 19, 2018, President Donald Trump announced via Twitter that, “our boys, our young women, our men—they're all coming back, and they’re coming back now.” The announcement went against the recommendations of policymakers in the Pentagon, the State Department, and members on both sides of the Congressional aisle.

Trump claimed that the troops were no longer needed in Syria because the Islamic State had been defeated. However, this claim failed to address the other reasons for a military presence such as the prevention of further Russian and Iranian influence, support of Kurdish allies, and containment of additional terrorist cells. In order to balance the spread of Iranian influence in the country and to support important U.S. allies like Israel and the Kurds, the United States needed to maintain its troop presence.

Middle Eastern affairs are not well understood by people without regional expertise. Thus, after the defeat of the majority of the Islamic State, most Americans agreed that it was time to bring the troops home. Nevertheless, it was the responsibility of the U.S. government to consider the nuances of Middle Eastern politics and the dynamics of terrorist networks—especially in light of what happened in Iraq—in order to make an effective military strategy. Instead, Trump compromised U.S. security in order to fulfill his campaign promise. Even Sen. Lindsey Graham (R-SC), who has been one of Trump's most vocal supporters, acknowledged the short-sightedness of the decision when he called it “Iraq all over again.”

Fortunately, some of Trump’s closest advisors were able to deter him from the thirty-day complete withdrawal to leaving four hundred troops in Syria. Additionally, Britain and France agreed to backfill the U.S. withdrawal by increasing their own forces 10 percent to 15 percent in Syria.

What both of these events represent is a cautionary tale to current presidential candidates to avoid making grand promises about the Middle East during their campaigns. It is important to have a clear vision of one's policy in the Middle East as it demonstrates an understanding of the region, and it allows voters to determine if a candidate is likely to side with certain regimes or become involved in other conflicts.

However, the politics of the Middle East change too quickly and involve too many factors to be effectively addressed by a flashy campaign promise. Such promises set the future administration up for failure or lead to uninformed political decisions that could potentially translate into more violence and thus require another costly military intervention by the United States.

Olivia Giles is an intern for the Middle East Studies Program at the Center for the National Interest. She is a senior at Bowdoin College in Brunswick, Maine where she is majoring in Government and Legal Studies with a concentration in comparative politics in the Middle East and Africa.