Election Mirage: Why Claims of Russian Meddling Should Be Questioned 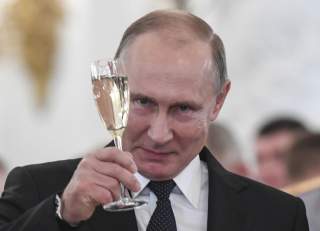 Moreover, the Russians almost certainly recognize that Trump has a good chance of winning reelection with no boost from them whatsoever. Likewise, it is not at all obvious how Moscow could play a meaningful role in swinging the elections either for or against Trump; activities of Russian trolls during the 2016 election cycle were small in scope, clumsy in execution, and of little discernible electoral consequence. Since these facts are well known to the Kremlin, even if it were hoping for a Trump victory, why would it believe that he needs Russian assistance, or that best way to aid him would be through election interference? The Russians may be guilty of many things, but stupidity is not one of them.

It may well be true, as is often asserted, that Moscow hopes generally to “sow chaos” in American society and undermine confidence in democratic practices, although that case appears to be based more on intuition than dispositive evidence.  And the ultimate goals of such subversion are in any event debatable.  It is also possible that Russia may have targeted voting machinery as part of a broader effort to hold U.S. critical infrastructure at risk in the event of a conflict.

Moreover, its social media postings may simply be a way for Moscow to give Americans a perceived dose of their own medicine, to show that the United States, too, is vulnerable to outside meddling and should reconsider its evangelical approach to democratization abroad.  These are only a few of the potential motivations driving Russian behavior.

All of this argues for considerable caution when it comes to assessing  Russian actions and intentions toward the 2020 elections. There is much that we do not know about the content of the HPSCI briefing or the classified intelligence reporting that underlies the Intelligence Community’s judgments. But what we do know suggests that the IC has not demonstrated sufficient analytic caution or political acumen in addressing this important subject.

Intelligence leaders are certainly aware that the topic of Russian electoral interference has convulsed our politics for nearly four years. Knowing that, they should have prepared for the briefing by donning both belts and suspenders, anticipating all the ways their points could be perceived through a partisan lens and further undermine the IC’s already shaky reputation for objectivity. They should have been loath to address the explosive topic of what electoral preferences Moscow may or may not have absent rock-solid intelligence reporting, supported by a thoroughly vetted analysis.

Having just closed a lamentable chapter in our country’s history in which some IC leaders trumpeted false charges that Trump had colluded with Moscow to steal the presidency, whilst hinting that they harbored classified reporting that proved their case, the current leaders should not have reopened the story absent strong evidence and unassailable logic. At a minimum, they should have ensured that they did not blindside the president and stoke suspicions that they regard him more as an opponent than as what they once called their “First Customer.”

Their failure to exhibit such due diligence has only intensified the broader political warfare surrounding the White House and IC. It is clear that anti-Trump forces have embraced the intelligence cadre as part of what they call “the resistance.” They have applauded reports that a CIA analyst first blew a whistle on the president’s supposed solicitation of Ukrainian interference in the 2020 presidential election, and they have turned a blind eye to indications that the IC illegitimately spied on the Trump campaign and transition team.

Trump’s unprecedented series of anti-IC tweets and critical public remarks suggest that he has long seen intelligence professionals in much the same way, as a source of opposition not just to his policies but to him personally. It should surprise no one under these circumstances that he would turn to a political loyalist to lead the ODNI. For Trump, Richard Grenell’s lack of intelligence experience is a feature, not a bug.

The winner in this deepening struggle between the White House and the intelligence world is not yet clear. But the loser is already evident: American national security. Only a generation ago, partisanship stopped metaphorically at water’s edge. Now it gets amplified and distorted as foreign policy becomes increasingly hostage to domestic politics, and intelligence becomes an active player in advocating policies and shaping domestic perceptions. Fixing this regrettable situation is something that is in everyone’s vital interest. Getting our intelligence professionals out of the game of influencing American electoral politics is a good place to start.

David B. Rivkin, Jr., is a constitutional lawyer who has served in the Justice and Energy Departments and the White House Counsel’s Office in the Reagan and George H. W. Bush administrations.  He has also spent a number of years working for the Defense Department as a Soviet defense analyst, focusing on Soviet nuclear weapons policy and force posture.

George S. Beebe is Vice President and Director of Studies at the Center for the National Interest, former head of Russia analysis at the Central Intelligence Agency, and author of The Russia Trap: How Our Shadow War with Russia Could Spiral into Nuclear Catastrophe.