End of Superpower Monopoly Can Be Good for America 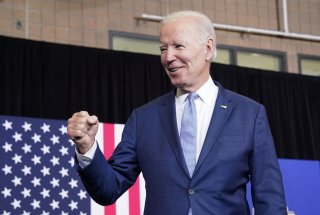 John le Carre, the famous British spy novelist who was himself a British spy for a period, appeared on The Charlie Rose Show in July 1993 to promote his new book set after the Cold War and also to discuss his view of the changing world. The prolific, mildly anti-American author declared that the United States was now the only superpower and predicted, “I think it’s going to be a great period for the United States, when it does discover that altruistic war, alas, is going to be part of its future destiny…”

Later in the interview, he added, “I don’t think that isolationist or parochial perceptions of the world’s future are tenable anymore. We know it’s a global village. Even the European concept is too limiting.” He didn’t know it, but le Carre had neatly encapsulated the dubious assumptions and features of the dawning era of globalism, unipolar interventionism, and nation-building.

The Cold War was over, and the Soviet Union was gone. The United States and its military allies trounced Iraq in the Gulf War. The Western economic revival of the 1980s was about to be followed by technology-led economic boom. It wasn’t all smooth sailing for the next twenty to thirty years. But even amid jihadist terrorist attacks and insurgencies, wars that were indecisive or outright failures, financial crises and prolonged economic stagnation, America could rest on the assumption that it would be the sole economic and military superpower sitting at the pinnacle of a unipolar world. It left a lot of room for error, which the Baby Boom generation, as it began holding power in America beginning in that same year of 1993, was more than willing to use.

Today, that era is ending. However, it is possible that the United States will prosper during what comes next even as its position is less paramount.

It is hard to conceive of now, but a year before the le Carre interview, in 1992, a businessman named Ross Perot briefly had more support in polls than either incumbent President George H.W. Bush or challenger Bill Clinton. Perot ran primarily on alarm that the national debt had climbed to $4 trillion, or 61 percent of GDP. Today it is $30 trillion—123 percent of GDP.

A large part of the country thought that government spending and debt at the time were unsustainable and risking a national crisis. They were wrong. The size and growth of the U.S. economy and the supremacy of the U.S. dollar created a situation in which politicians could spend and take on new foreign and domestic obligations with few consequences. When the pool of dollars is enormous, racking up new debt and having the Federal Reserve print new dollars to buy that debt has less of an impact. Whereas high military spending as late as the Vietnam War era had, among other causes, resulted in inflation, the global pool of dollars had become so large by the late 1990s that deficit spending was less consequential.

Politicians caught on fast. During the Bush administration in the mid-2000s, a colleague complained to me that when he testified about his budget on Capitol Hill, he could not tell the difference between Democrats and Republicans. They all wanted to spend more.

The benefits to America of this unipolar margin of error were significant. Washington financed the Global War on Terror without requiring any financial sacrifices of the population at large. Instead of a depression after the 2008 financial crisis, Americans endured a perhaps preferable decade of economic stagnation and even then, saw a significant expansion of the welfare state. The over-financialization of the U.S. economy masked the deep social and economic dislocation being caused by the loss of manufacturing during those decades—at least until the 2016 election when Donald Trump made it a major issue.

The unipolar margin of error also masked sloppiness in military and foreign affairs. The collapse in Afghanistan last year was only the greatest of a string of disappointments and miscalculations. Washington still allows the wealthy moochers of Europe to shift their defense burden while imposing unfair tariffs and other trade barriers on America. Successive administrations have recognized the growing military threat from China but have not shifted resources from Europe or Middle East backwaters like Syria to the Pacific.

However, Washington’s politicians and Federal Reserve officials have finally gone too far. Federal spending increased by more than 50 percent from 2019 to 2021. The Federal Reserve more than doubled its debt holdings when it bought mortgages and government bonds with newly printed money. The result is inflation higher than it has been in forty years. Compounding this is a spike in energy prices—both domestic and global—caused in the short term by sanctions on Russia and over the longer term by the globalist elite’s civic religion of climate change alarmism.

Our politicians don’t realize it yet, but they will have to start making hard choices in the coming years. Any additional spending is likely to lead to higher inflation. The end of more than a decade of effectively zero interest rates for governments means that America’s $30 trillion in debt will be harder to service with interest payments costing much more than those due from the 2.07 percent average rate paid by the Treasury today. The defense budget will have to be cut along with domestic spending.

The dominance of the U.S. dollar is also in question over the long term. It isn’t just governments like those of Iran and North Korea that dislike the power Washington has from possessing the supreme reserve currency. China is taking steps to insulate itself from the risk of the financial sanctions Washington applied to Russia, including the unprecedented expropriation of Moscow’s foreign reserves. Beijing has already cut its holdings of U.S. bonds despite its constant accumulation of dollars from unbalanced trade. Major economies like Brazil, India, Indonesia, and the Arabian Gulf have declined to join Washington’s economic sanctions and would be open to a foreign-exchange system less reliant on the dollar, even though there are risks with any alternative. Some Russian banks can now transfer funds and lend in yuan outside of the Western SWIFT mechanism used by most banks. Saudi Arabia has considered accepting payment for oil from China in yuan instead of dollars. This is a very small start, but it is conceivable that there will be more alternatives to running all international financial transactions through the dollar, which will be a world with less demand for dollars.

However, it would be a mistake to bet against America even as its unipolar margin of error declines. For one, the country is in far better shape than Europe and will likely liberalize energy production after the Biden administration ends.

Other rivals to America face challenges. China’s economic growth has slowed dramatically and zero-Covid policies and other factors like President Xi Jinping’s prioritization of ideology and limits to manufacturing growth will keep it slow. Few think the Russian, Iranian, Venezuelan, or North Korean economies or militaries have bright prospects.

Nevertheless, as it becomes harder for Congress to spend money it doesn’t have or for the Federal Reserve to print more money without causing more inflation amid alternatives to the dollar, American politicians and their voters will have to decide between public sector constraint that allows the private economy to grow or European-style stagnation and decline. History shows they prefer growth.

Finally, reduced defense budgets, voter fatigue with military failures and sideshows, and wariness of European moochers create an opportunity for a future president to adopt a constrained, realist foreign policy that prioritizes serious threats like those posed by China or Iran. There is an outside chance such a president could even build on Donald Trump’s tariffs, which have been popular and successful throughout most of American history beginning with George Washington’s administration. The result would be an America that is still deep in debt, but recommitted to internal economic growth, including manufacturing, and with a smaller but focused military. Ceasing to be a sole superpower could foretell a leaner and more effective America.

Christian Whiton is a senior fellow at the Center for the National Interest. He was a State Department senior advisor during the George W. Bush and Trump administrations. This article was adapted from remarks he delivered remotely to the 19th Annual Meeting of the Valdai Discussion Club in Moscow.