Enough Is Enough: Abolish the IRS 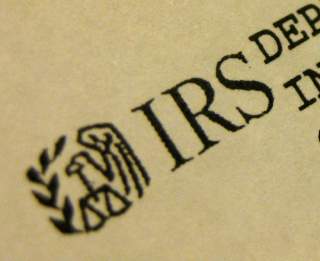 End the IRS Before It Ends US: How to Restore a Low-Tax, High-Growth, Wealthy America

Among the more enjoyable spectacles of Washington in recent years has been watching Grover Norquist eluding once again a contingent of media foxhounds in full bray, yelping and jumping at the bottom of a tree in which, they are convinced, they have finally trapped the prominent anti-tax guru. One such episode took place in November 2012, shortly after President Obama’s reelection—and at a time when official Washington faced a choice between a grand fiscal compromise and the austere budget cuts that would kick in automatically under what was known as “sequestration.”

(Recommended: The Best US Presidents of All Time)

Congress would never allow sequestration to take effect, according to the media wisdom of the day, and hence Republicans would have to accept tax increases as part of the alternative fiscal bargain. That would mean the GOP would have to repudiate the famous Tax Pledge devised by Norquist and signed by nearly every congressional Republican. That, in turn, would destroy the force and power of that nettlesome Tax Pledge—and dislodge Norquist from his prominent place as Horatio at the bridge of tax policy.

This particular episode took place around the luncheon table of the Center for the National Interest (publisher of this website and its allied magazine), and the media hounds went after Norquist with the glee of those who know they are about to witness a political comeuppance of serious magnitude. Through it all, the imperturbable Norquist confidently and quietly held his ground—never ruffled, never riled, never lacking in magnanimity, seemingly sure of his aces. “This isn’t my first rodeo,” he said, and laid out a lucid political explanation for why his Pledge would hold, even in the face of such tectonic pressures.

The next day, the Los Angeles Times offered an analysis entitled, “Grover Norquist the has-been.” It proclaimed that “even he can’t ignore the signs that his hold is slipping.” The Washington Post’s Dana Milbank, after quoting Norquist’s insistence that congressional Republicans would adhere to their anti-tax heritage, even in the face of the looming sequestration decision, wrote with a smirk, “Also, the dog ate Norquist’s homework.” He added that Norquist’s confidence on the matter suggested he “had been on a long trip in a remote location.” The New York Times, in a front-page feature, suggested Norquist “finds himself in a tricky spot.”

(Recommended: The Worst U.S. Presidents of All Time)

What happened next? The sequestration deadline came and went, no grand fiscal compromise emerged, the austere spending cuts went into effect, and Norquist’s famous Pledge remained intact, as did the political standing and influence of Norquist himself. Dana Milbank never got around to revealing to his readers his own remote location when the dog was eating his prediction of Norquist’s political demise. Truly, Norquist is a Washington figure to be reckoned with.

Now he bundles up his anti-tax sentiments and political assessments into a sprightly volume entitled: End the IRS Before It Ends US: How to Restore a Low-Tax, High-Growth, Wealthy America. It’s a book of many parts: primer on America’s tax history and growth in government; polemical expose of liberal legerdemain on the issue; policy recommendations for smaller government, strong economic growth and a streamlined tax system; and paean to the energy and efficiency of unfettered capitalism. He even provides an amusing narrative of the earnest efforts of his adversaries to obliterate his famous Pledge, all to no avail.

The reason they can’t obliterate it, writes Norquist, is that the American people are on to the ominous consequences of inexorable governmental expansion and fiscal incontinence. Currently, U.S. governmental spending—federal, state and local—amounts to 34 percent of the national economy, while taxes consume about 30 percent of annual GDP. And what’s going to happen to tax rates and the governmental share of GDP, he asks, when it comes time to pay down the $17 trillion in federal debt (nearly $8 trillion of it added on Obama’s watch) or the $123 trillion in “unfunded liabilities” accumulated through years of irresponsible government spending?

All this has generated civic angers that in turn spawned the Tea Party phenomenon of the early Obama years—the country’s first mass movement focused primarily on governmental spending. During the week of April 15, 2009, Americans gathered across the country in more than 600—perhaps as many as a thousand—anti-spending rallies with up to a million participants. As Norquist puts it, “A wall of opposition to government spending rose up.” At the next election, Republicans campaigning against government spending and Obama’s stimulus legislation captured the House by gaining sixty-three seats in that chamber; they also picked up a net gain of six Senate seats.

Two years later, though, the Tea Party movement seemed to have petered out. Republicans failed to oust Obama from the White House or to capture the four Senate seats needed for control of that chamber. What happened?

According to Norquist, the answer is simple. “The Tea Party didn’t fall down the stairs. It was pushed.”

It was pushed, he writes, by the Internal Revenue Service, that federal behemoth with nearly 85,000 employees and custodianship over the four-million words that constitute the tax code and accompanying regulations—an agency “with the ability to spy on your life, to demand to see your every bank account and possession, to fine you and assess interest penalties, and even to send you to prison.”

Norquist cites a scholarly study by academics at Harvard and Stockholm University that seems to demonstrate that Tea Party rallies had a significant impact on driving anti-tax voters to the polls in 2010. By comparing areas where rallies were held with those where rallies had been thwarted by rainfall, they could calculate how Tea Party rally attendance actually affected vote totals in the subsequent elections. The researchers concluded that the rallies drove between 3.2 million and 5.8 million additional voters to the polls in 2010 House elections. “It turns out rallies really do matter,” writes Norquist.

But no such factor materialized in 2012, he argues, because the IRS thwarted the emergence of Tea Party organizations by letting applications pile up at the office of Exempt Organizations. This occurred under the now-famous Lois Lerner, described by columnist George Will as a “partisan bully.”

The story of Lois Lerner and the scandal of apparent IRS abuse of power in the matter of Tea Party organizations is well known, and it is noteworthy in part because the true story has never been fully pried out of the innards of the IRS bureaucracy. But there is plenty of circumstantial evidence to suggest serious wrongdoing, and Norquist summarizes it effectively. Of course, it would have been helpful if the IRS had provided Lerner’s emails during this period, but the agency said those emails were missing. Later, the agency said the hard drives containing the emails had merely been scratched and thus the emails could be retrieved. Then, lo, it turned out that the hard drives had been destroyed.

But Norquist notes the pressure emanating from Congress—particularly the offices of Democratic senators Charles Schumer of New York and Carl Levin of Michigan—for the IRS to do something about the Tea Party groups’ 501C(4) tax status. He summarizes the evidence uncovered by some media outlets and congressional investigators. And he quotes Lerner telling a friendly group at Duke University that she was under pressure to “do something” in the wake of the Citizens United Supreme Court decision. “Everyone is up in arms because they don’t like it,” said the IRS official. “The Federal Election Commission can’t do anything about it. They want the IRS to fix the problem. The IRS laws are not set up to fix the problem….So everyone is screaming at us right now: Fix it now before the election.”

That appears to be what she did.

In outlining the history of U.S. taxation, Norquist begins with the lapsed constitutional principle of “uniformity”—the idea, set forth explicitly in Article I, Section 8, that all people should be taxed at the same rate. Norquist notes that the Constitution specifies that taxes can be collected for only three purposes—”to pay the Debts” of the country; to provide for “the common defense”; and to foster the “general welfare.” And he argues that this limitation on legitimate expenditures and the taxes required for them should be seen as a “powerful constraint” on federal spending and tax policies. “Any legislation aimed at the redistribution of income or forcing Americans to buy insurance or pensions is hard to square with this clear language,” he writes.

The Founding Fathers apparently agreed. Both James Madison and Alexander Hamilton, in separate Federalist writings, touted the concept of uniformity, which precludes majorities from taxing minorities at special or punitive rates (and thus precludes, in Norquist’s view, progressive taxation). Madison warned of the danger of majorities imposing special taxes upon minorities (presumably more wealthy people), and suggested that “there is, perhaps, no legislative act in which greater opportunity and temptation are given to a predominant party to trample on the rules of justice.” Hamilton, in touting the uniformity principle, put the word in capital letters for emphasis.