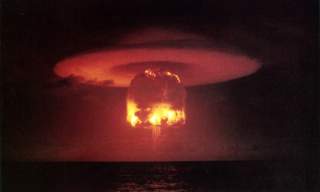 Ten years ago, the Bush administration launched the Global Threat Reduction Initiative (GTRI)—an effort to get potential nuclear bomb material out of vulnerable research facilities around the world, and to remove or beef up security for radiological materials that could be used in a “dirty bomb.”

GTRI has been remarkably successful. Since its May 2004 launch, it has removed over four tons of highly enriched uranium (HEU) and plutonium from countries around the world (or in a few cases, confirmed that they had eliminated the materials themselves), helped eighteen countries to eliminate all of the weapons-usable nuclear material on their soil, converted forty-eight reactors so they no longer use potential bomb material as fuel, removed 36,000 dangerous radiological sources, and upgraded security for some 1,600 buildings where dangerous radiological or nuclear material resides. These successes represent bombs unmade that will never go off—real and permanent threat reduction. At an annual cost that is less than one part in a thousand of the U.S. defense budget, all Americans are safer because of GTRI’s work.

GTRI has been a bipartisan effort from its inception. I first proposed the idea, suggesting that a number of small programs working on pieces of the problem of removing vulnerable nuclear material be combined into a single effort with enough heft to get the job done. A wide range of Washington nongovernment organizations worked to push it forward, particularly the Nuclear Threat Initiative (NTI), led by former Senator Sam Nunn. When the government had no program with the flexibility needed to get dangerous potential bomb material out of the former Yugoslavia, NTI stepped in with a $5 million private gift—solving one problem at one site, but highlighting the need for a broader government effort. Congress passed bipartisan legislation supporting the launch of the initiative; Mohamed ElBaradei, Director General of the International Atomic Energy Agency at the time (and no friend of the Bush administration, given his inconvenient conclusion that there was no longer any nuclear-weapons program in Iraq before the 2003 war), helped convince President Bush such an initiative was needed.

Ten years on, GTRI has done a great deal, but a great deal remains to be done. Unfortunately, and inexplicably, despite President Obama’s call to accelerate nuclear-security improvement around the globe, his budget proposal calls for cutting GTRI’s budget by 25 percent—after years of previous cutbacks. Unless Congress acts to reverse these cuts, efforts to convert reactors away from potential bomb fuel, to develop new fuels so more reactors can be converted, and to protect and recover dangerous radiological sources will all be slowed.

Fortunately, there are signs of support for GTRI on Capitol Hill; remarkably, on this signature issue for President Obama, the House Republicans were more generous in their defense bill and energy and water appropriations bill than the Obama administration. The House bills, however, would slash nuclear security cooperation with Russia in response to the crisis in Ukraine—an unwise move, as locking down the essential ingredients of nuclear bombs has always been an investment in U.S. national security, not a favor to Russia or the other countries where this work takes place.

Speaking at West Point last month, President Obama warned that “if nuclear materials are not secure, that poses a danger to American citizens.” He’s right. Work that could make a real difference in reducing that danger should never be slowed for lack of money. Congress should demand that President Obama present a strategic plan to ensure that all the world’s potential nuclear-bomb material is sustainably protected against the full range of plausible threats as rapidly as possible—and that each year, President Obama request the funds needed to ensure that the plan can be carried out without delay. We need to return to the bipartisan spirit that has long marked efforts to clean out or lock down these dangerous materials.

Matthew Bunn, a professor of practice at the Harvard Kennedy School’s Belfer Center for Science and International Affairs, is a former adviser on nonproliferation in the White House Office of Science and Technology Policy, where he focused on control of nuclear weapons and materials. He leads Harvard's Managing the Atom research project.