Erdogan Wins Turkey's Referendum—But His Problems Are Far from Over 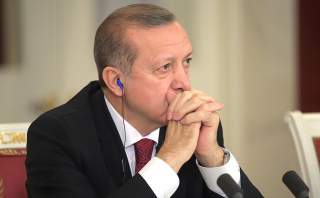 President Erdoğan has achieved his long-cherished ambition to be acknowledged as the uncrowned sultan of Turkey. However, his goal has been attained at great cost to the country. Turkey is divided down the middle regarding the wisdom of this course. A referendum, changing the constitution to a presidential system with almost unbridled powers for the chief executive, passed on Sunday with the barest majority—51 to 49 percent. Moreover, the CHP, the leading opposition party, is demanding a recount of up to 60 percent of the ballots cast, saying that unstamped voting papers were considered valid.

Additionally, international monitors from the OSCE and the Council of Europe have delivered a scathing report, casting serious doubts about the integrity of the referendum. They have declared that the referendum was held on an “unlevel playing field,” with disproportionate media coverage going to the “Yes” campaign.

The outcome of the referendum shows a glaring regional divide. The most developed parts of the country, the entire Aegean coast and much of the Mediterranean coastline voted against the constitutional amendment. So did the Kurdish-majority provinces in the southeast of the country. Equally important, if not more, the three largest cities—Istanbul, Ankara and Izmir—also voted against changing the constitution.

While Izmir has always been a holdout against the AKP’s domination, the “No” votes in Istanbul and Ankara were astounding, amounting to a political slap to Erdoğan’s face. Istanbul is Erdoğan’s home turf, where he cut his political teeth and gained the sobriquet “the bully of Kasimpaşa” for his no-holds-barred style of politicking. As the mayor of Istanbul in the 1990s, he gained a reputation as an efficient administrator, which stood him in good stead during his later career. It was during those years that he also made his reputation as a courageous fighter against the Kemalist elite, for which he was briefly jailed.

Ankara is the bastion of state power presided over by Erdoğan and his AKP colleagues. Notwithstanding its reputation as “Atatürk’s city,” it has repeatedly elected the AKP in local elections in recent years. Losing Ankara despite all the state’s pomp and show at his command should force Erdoğan to rethink the wisdom of his stance on constitutional change.

So should the slim majority—now being challenged in court by the opposition parties, for electoral irregularities—by which the measure was won. The margin of victory should in fact be interpreted as a sign of Erdoğan’s defeat, in light of the fact that the referendum was held under the most inauspicious conditions for opponents of the change.

Erdoğan and his government used the excuse of rooting out the proponents of the failed July coup to purge the media, academia and judiciary of all dissenting voices. The media was cowed into submission, and consequently the opponents of the amendment were mostly unable to put across their point of view to the voters.

It was an uneven playing field if ever there was one. Only a small percentage of coverage on electronic media was available to the opposition. With opposition media, both print and electronic, mostly closed down or taken over by the government, opponents of change were severely hobbled during the campaign. Pro-AKP private TV stations effectively shut out the opposition from their coverage. The state-run media, which was supposed to give equal time to the two sides, refused to cover opposition rallies except perfunctorily. That the opposition still managed to garner approximately half the votes is an astonishing rejection of Erdoğan’s claim of victory in a free and fair referendum.

What does the referendum bode for the future? It is obvious that the outcome allows Erdoğan to consolidate power and act as the sole decisionmaking authority in the country. He was launched on such a course in any case, but the constitutional amendment now gives his actions legal cover. Given his vindictive nature, this means that his opponents will be in for a rougher time than before.

It also means that any stirrings of opposition within his own party will be nipped in the bud. He has already sidelined the cofounder of the AKP—former president Abdullah Gül, who has been sent into political hibernation. So has his former handpicked prime minister, Ahmet Davutoğlu, who served as the fall guy for the president’s errors. President Erdoğan has surrounded himself by advisors who are more sycophants than counselors, because he does not like to hear dissenting views. This means he will be cut off further from learning the real state of affairs in the country.

In order to further bolster his legitimacy, in view of the slim majority with which he won the referendum, he is likely to emphasize his increasingly ultranationalist postures, thereby alienating the Kurdish population even further. Most Kurdish leaders, including the coleaders of the parliament’s HDP party and several of their colleagues, are already in jail. For many Kurds, the militant PKK appears to be the only viable option. An increase in Kurdish terrorism will provide Erdoğan with the opportunity to crack down viciously on the Kurdish population in southeast Turkey, a path he has already embarked upon over the past couple of years. This would burnish his ultranationalist image, but at the same time widen the chasm between Turks and Kurds in the country—a recipe for continuing instability.

The EU and major European countries, such as Germany, France and the Netherlands, were harshly critical of Erdoğan’s unabashed display of autocratic tendencies prior to the referendum, and have earned his ire. He accused the Dutch government of acting like Nazis when it prevented a visit by one of his ministers to campaign for the referendum among Turks residing in the Netherlands.

Erdoğan’s high-handed actions have indefinitely postponed the prospects of Turkish membership in the EU, thus reducing Europe’s significance in Turkish foreign-policy priorities. This means that Turkey’s incentive to conform to the Copenhagen criteria to gain entry into the EU is no longer in place. In victory, Erdoğan is likely to be even less concerned about European views about democracy and human rights than he was before the polls. Erdoğan has made a deal with the EU that has slowed the movement of refugees into Europe to a trickle. This gives him additional leverage that could help minimize European criticism of his authoritarian actions following the referendum, and leave him free to do what he desires.

Turkey’s differences with the United States, unlike those Turkey has with the EU, are not primarily related to Erdoğan’s authoritarian tendencies or to Ankara’s human-rights record. They have more to do with concrete policy differences over U.S. support for the main Kurdish force in Syria: the YPG, which is the military wing of Syria’s leading Kurdish party. However, Turkey considers the YPG to be an arm of the PKK, which has been engaged in major acts of insurgency and terrorism in Turkey for over thirty years. Turkey perceives the American-supported YPG presence across its border with Syria as a major security threat, as it boosts Kurdish nationalist sentiments within Turkey. As the war against ISIS proceeds, Turkish forces may come to clash with the YPG militia—they have come close a few times recently—to prevent the latter from extending control over territories currently held by ISIS near the Turkish border.

This dimension of Turkish-American relations is expected to become more salient following the referendum, which is likely to presage greater conflict between the Kurds in Turkey and the Turkish state. Therefore, America’s relations with Turkey could face a setback as it gets further embroiled in the Turkish-Kurdish conflict as a result of the war against ISIS. Erdoğan’s abrasive personality, fresh from victory in the referendum, could add to tensions between Washington and Ankara. This could happen both over the Kurdish issue and over Ankara’s demand for the extradition of Fethullah Gülen, who lives in Pennsylvania but whom the Turkish government considers to be the mastermind behind the abortive July coup.

The future of post-referendum Turkey appears uncertain, if not completely bleak. Societal divisions, both along ethnic and political lines, have hardened. Erdoğan’s authoritarian style exacerbates both domestic and external problems, rather than alleviating them. Relations with the EU have reached a low point not seen in many years. Problems with the United States can be expected to increase, as ISIS begins to crumble and members of the polyglot anti-ISIS alliance, including inveterate enemies the Turks and the YPG, make a dash to conquer territory, thus bringing them into open conflict with one another.

Erdoğan may have won the referendum, and may survive the challenge to the result in court, but his domestic and external problems can be expected to increase. His autocratic operating style, his refusal to countenance opposition and his societally divisive strategies adopted in order to consolidate personal power do not bode well for Turkey, especially if he remains in power for another ten years, which was the chief objective of the referendum. In the end, it may turn out to be a Pyrrhic victory for Turkey’s president.