Erdogan's Real Opportunity After the Failed Coup in Turkey 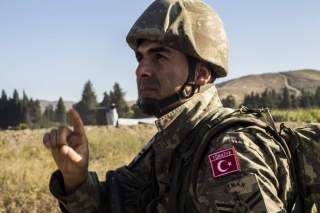 The history of Turkish politics is littered with coups and coup attempts that have occurred in roughly ten-year intervals. It is almost a genetic defect.

The latest coup attempt – which took place on Friday, July 15 – has widely been attributed to a large Gülenist faction within the military and the judiciary that circumvented the established chain of command and held the high command hostage. Gülenists are the followers of the Islamic scholar Fethullah Gülen, who leads a worldwide movement that claims to advocate a moderate form of Sunni Islam with an emphasis on tolerance and interfaith dialogue. Formerly allies with Erdoğan, the Gülenists were blamed for spearheading the corruption scandal in December 2013 that engulfed several government officials, ministers and people in Erdoğan’s intimate circle. Since then, Gülen and Erdoğan have been locked in a power struggle.

Turkish democracy survived a major test, and Turkey turned from the edge of a precipice. The credit for the coup’s defeat goes to the Turkish people, who heeded Erdoğan’s call to resist this intervention “by any means possible and necessary" and packed the squares. TV reports were filled with eye-to-eye, tense, agitated confrontations between civilians and armed soldiers on the two bridges that connect the Asian and European sides of Istanbul. Public restraint and sobriety helped to prevent escalation of violence. There were nevertheless senseless causalities resulting from fire opened by the mutineers and especially attacks mounted on the parliament building as well as the Headquarters of the General Staff. It could have been a lot worse.

Clearly, Turkey’s democracy has taken a severe blow – cushioned only by the unequivocal stance of the opposition leaders and the media against the coup. Once again, the nation managed to break this pattern of ten-year coups. This offers the country a matchless opportunity for reconciliation. Granted, Erdoğan has had an exceptionally rough weekend and his frustration with those responsible for or implicated in the coup is understandable. He is correct in calling “for their punishment under the full force of the law of the land.” It will, however, now be critical that he ensure that the rule of law is upheld and rises to the challenge of winning hearts and minds across a deeply polarized nation. He has the tools for it in his repertoire and had successfully wielded them in the past – especially between 2003 and 2011, when he served as prime minister. In hindsight, this period is often referred to as AKP’s “golden age,” when the economy boomed, democracy excelled, and Turkey was touted as a model for those Muslim-majority countries aspiring to transform themselves into liberal democracies.

As he steers the country from the brink of civil war, Erdoğan needs to rise above a majoritarian understanding of democracy and do justice to the aspirations of a public that heeded his call by pouring into the streets and squares to defeat the coup attempt. This is the least that the Turkish public deserves. This would also be a move in the right direction for Turkey’s neighborhood, which desperately needs a respite from the turmoil resulting from the war in Syria, the instability in Iraq, Russia’s territorial ambitions and now Brexit. This is the moment when a stable, democratic, transparent, accountable and prosperous Turkey needs to come to the fore on the world-stage. The United States needs it too. As much as the White House declared its faith in the strength of Turkey’s democracy and its support for the elected leadership, there is a clear chance for forging closer cooperation between the two countries. The first step in cooperation should be in bringing to justice the perpetrators of this coup, followed by measures to enhance Turkey’s capacity to address and manage the many challenges facing Turkey and its neighborhood.