Europe Needs to Get Serious about Its Defense 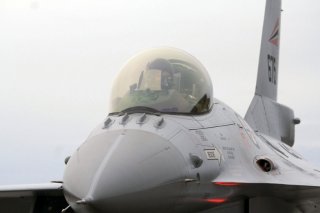 During his trip to Europe earlier this month, President Barack Obama called on Congress to appropriate an additional $1 billion to strengthen the U.S. military’s presence in Europe. Congress should reject the president’s so-called European Reassurance Initiative. The new initiative may temporarily improve Europe’s security, but only at the cost of finding a long-term solution.

In unveiling the new initiative, the White House only spoke in broad terms about where the additional funding would be spent. Since then, the Pentagon has confirmed that it is just now drawing up plans for how it would use the money. This alone calls into question the need for additional funds. Regardless, in military terms, $1 billion doesn’t buy much and would only improve European security on the margins.

More troubling, the White House made clear the funding will be strictly temporary by including it in the Pentagon’s Overseas Contingency Operations (OCO) account, which is used to fund current operations related to the War on Terror. Including the new initiative in the OCO account allows the administration to circumvent the spending caps set by the Budget Control Act. At the same time, the OCO will be phased out over the coming years, and with it, so will the European Reassurance Initiative.

The White House may hope future administrations will fund the initiative by transferring it to the Pentagon’s base budget. This is entirely unrealistic, however. The Defense Department has already had to absorb deep spending cuts, and these are unlikely to be restored, given the expected future increases in entitlements and payments on the national debt. Furthermore, even if Congress does restore defense spending, the military will more than consume these increases in dealing with a rising China, the Arctic opening and continued instability in the Arab world.

The only long-term solution, then, is for Europeans to take the lead in providing for their own security. The Obama administration has made no secret of this; in Brussels this month, Defense Secretary Chuck Hagel told NATO that the European Reassurance Initiative “should be met with renewed European resolve to invest in its own defenses.”

America has spent the better part of the post–Cold War era urging its European allies to spend more on their militaries. Still, Britain and Greece are the only NATO members (besides the United States) that spend at least 2 percent of their GDPs on defense, which is the minimum amount the alliance allegedly requires.

There are two reasons why the Europeans have neglected their own security. The first is that even while urging them to increase defense spending, the United States has continuously reaffirmed its unconditional commitment to Europe’s security. Given this evident opportunity to get a free ride from the Americans, no European leader can justify to voters a need to increase defense spending.

The Europeans have also neglected their own security because they have seen no need for a strong military. Much like John Kerry, Europeans have been under impression that land grabs and armed conflict belonged to the nineteenth century.

Russia’s annexation of Crimea has, therefore, created a historic opportunity. All signs suggest that Moscow’s actions in Ukraine have awoken Europe from its geopolitical slumber. This comes at an opportune time—with NATO’s mission winding down in Afghanistan, member states will soon have to decide whether to reinvest savings from the end of the Afghan mission in their militaries or to spend them domestically.

The danger of the European Reassurance Initiative is that it will squabble this historic opportunity by convincing Europeans that America will continue to subsidize their security over the long haul. By the time the additional funding the new initiative will provide dries up, the sense of urgency that the Ukraine crisis has created will have evaporated.

To avoid this, America should continue to use existing resources to fill any short-term security needs in Europe. While doing so, it should make abundantly clear to its allies that, although the United States will remain an active part of NATO and meet all its alliance commitments, the day-to-day business of deterring Russia will fall primarily to the Europeans themselves. This is the only sustainable solution for Europe’s future.

Zachary Keck is the Managing Editor of The Diplomat. He can be found on Twitter: @ZacharyKeck.