The European Union Must Speed Up or Slow Down 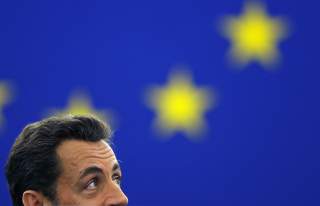 The conventional wisdom correctly points to the rise of European skeptics, those who opposed ever-increasing integration of the twenty-eight European Union member nations into one community. These skeptics include right-wing parties and populists, who are projected to gain as many as one out of every three members of the EU parliament in the 2019 elections. Euro-skeptics are blamed for Brexit and so raise concerns that other member nations may seek to leave the EU. They are behind numerous moves to restore national sovereignty by acts such as restoring national border controls and rebelling against rulings and dictates by the EU “government,” the European Commission.

To counter these trends, pro-EU leaders, especially French President Emmanuel Macron and German Chancellor Angela Merkel, have called for more integration and for granting more powers to the Commission. The conventional wisdom sees these leaders as on the side morally correct side by holding up a community that brought peace to a continent that has known many wars, and by standing against right-wing and populist nationalists.

However, a major force that drives the Euro-skeptics is that administrative and economic integration of the EU—and the entailed loss of national sovereignty—exceeds greatly what many Europeans are willing to tolerate, as they do not see themselves as citizens of the EU but as citizens of their respective nations. Until such loyalty is transferred from nations to Brussels, the EU needs to slow down integration, rather than extend it. This thesis requires a few lines of elaboration.

The EU flourished as long as it focused on opening borders to trade, which benefited all. It thrived when it arranged for numerous low-key forms of administrative coordination among the nations, for student and scholar exchanges, and to set minimum standards various industries had to adhere to. However, once it introduced a shared currency, shaped the budgets of its member nations, opened the borders to the free movement of people, and pushed for the absorption of a large number of immigrants it intruded on national identities and the particular values of the various member nations.

As a result, the EU is now trying to stand between two steps. Brussels seeks an ever-higher level of economic and administrative integration. Macron and Merkel, and the European parties associated with them, call for introducing a banking union and for an integrated budget to be formulated by the EU, which all member nations will be required to follow domestically. An EU finance minister will oversee the budget.

But at the same time, the EU is maintaining a low level of political integration, even though a higher level is needed if people are to be willing to make the kind of sacrifices for each other and changes in their national policies a thicker unified EU policy requires. In other words, true community building is severely lagging behind economic and administrative integration. The EU now must either move up—by integrating more politically—or scale back its economic and administrative integration.

The forthcoming elections will tell if this is correct—that the call for more integration will backfire and lead to further gains for the Euro-skeptics—or that in view of the pain Brexit is causing, the pro-EU forces are regaining ground. Yet there is one course sadly not promoted by any party: slowing down on administrative and economic integration while focusing on building the political community needed for the masses to accept a stronger Commission and a stronger EU government.

Amitai Etzioni is a University Professor and Professor of international affairs at The George Washington University. His next book, Reclaiming Patriotism, will be published by University of Virginia Press this summer.