Europeans Voted for Europe Not against It 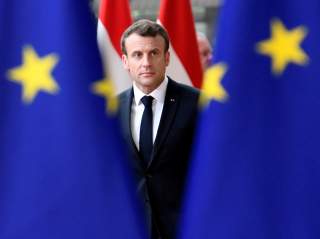 When Europeans voted on May 23–26, 2019, it was the ninth time since direct elections to the European Parliament was introduced in 1979. There was a general feeling that Europeans might use the opportunity to voice their dissatisfaction with the speed of European integration—as seen with Brexit and skeptical or anti-European Union parties gaining ground in several member states such as Italy, Poland, Hungary and France.

It did not turn out that way. Almost on the contrary, higher voter participation and stronger support for value-based political movements such as the Greens (who are environmentally friendly and pro-EU), solidified the European Parliament’s role in the decision-making procedure.

In the outgoing parliament, about 150 out of 751 members can be classified as anti-EU or EU-skeptics. Some of the newly-elected members are unaffiliated or independent, making it a bit difficult to put an exact figure on how strong the skeptical wing will be in the new parliament. But a fair guess is that there will be not many more than in the outgoing parliament—maybe close to two hundred and definitely enough for these groups to put spanners in the work of the EU integration. Moreover, support for these groups also comes from voters loyal to national political movements such as Lega Nord in Italy. Support for these national political parties should not be conflated with voting “against Europe” as they are not the one and the same. Besides, despite the strong showing of Lega Nord, polls show only 24 percent of Italians would vote to leave in a referendum. Rather, only 18 percent of Italians see the EU as a bad thing, with 42 percent taking the opposite view.

Additionally, in Germany, the EU-skeptical AfD (Alternative for Germany) did increase its share from seven percent in 2014 to 11 percent, but in view of widely-held mounting expectations, such a showing was disappointing. It was the EU-friendly Greens, and not AfD, that turned out to be the star performer, doubling its share from 10 to 20 percent of the vote.

Meanwhile, in France, the rebranded Front National, now known as RN, saw its votes fall from 24.86 percent in the 2014 election to 23.31 percent—putting it just ahead of President Macron’s En Marche (22.41 percent). The Greens, like in Germany, harvested the largest increase by scoring 13.49 percent compared to 8.9 percent in 2014.

In reality, Europeans showed their commitment to the EU by refusing to jump on the Brexit bandwagon. This reaction was also seen on the national level as not a single member state has flirted with leaving the EU or asked to renegotiate their terms of membership since London decided on June 23, 2016, to leave.

The Europeans opted for voting more according to values than by following traditional political patterns. For instance, the Greens increased their share from 7.3 percent to 9 percent, making it possible for them to play an important role in the new parliament trying to steer EU policies towards the environment.

Also, the role of the European Parliament and the power balance among EU-institutions will be influenced by the following factors.

Since the first European Parliament election with a participation of 61.99 percent across the initial nine member states, the enthusiasm of voters decreased steadily to reach a low of 42.54 percent in 2014. This time, voter participation was up to 50.5 percent—falling in only eight of the twenty-eight member states and in all them slightly. This is actually not bad when compared to around 55 percent turnout for the last two presidential elections in the United States.

Europeans have seen that the European Parliament is a genuine parliament. With a few exceptions, it is not possible to pass EU legislation without the consent of the Parliament. This power has been used to amend a large number of legal acts debated in the Council of Ministers. For example, the General Data Protection Regulation (GDPR), regulating how companies protect EU citizens’ personal data—highly important for citizen—was passed by co-decision between the Council and the Parliament in 2016 to enter into force in 2018. Another example is that the terms of Brexit to be agreed between Britain and the Council must also be approved by the European Parliament.

Also, t composition of the new parliament will reduce horse-trading behind closed doors and move more decisions and debates into the open—augmenting transparency over what is going on in that legislative chamber.

The reason for this change is that the two main political groups—the Socialists and the Christian Democrats—together previously commanded a majority of seats even if up to ten political parties, plus some independents, sat in the Parliament. The Socialists and Christian Democrats used their majority to forge compromises between them—in reality monopolizing the power of the Parliament—in the co-decision procedures with the Council and the European Commission. As a result, other parties were sidelined. From 2012 to 2017 one of the most effective dealmakers in the EU was Martin Schulz, a German socialist and the president of the Parliament, who was able to get the two main parties to agree and thereby enhance the European Parliament’s role. For efficiency this was splendid, but for a parliament reaching out to voters less so.

In the new parliament, these two parties have lost their majority. They need either the Liberals or the Greens. This has led to calls for a more open approach and the first example has already been seen.

The two main parties need to rally a majority in Parliament by reaching out to one or two other parties. They have already taken the initiative to form a group of six persons with two from the Socialist camp, two from the Christian Democrats and two from the Liberals to define the line Parliament should take. From the Parliament’s point of view, it is crucial from the outset to let it be known that the newly elected Parliament will defend its role and exercise a strong influence on the choices for EU leadership. The election of a new president for the European Commission will be the first opportunity.

In this case, the initial parliamentary coalition has left the Greens out, which can be explained by the desire of each party—the Socialists, Christian Democrats and Liberals—to each field a candidate for the post of president of the European Commission. However, when it comes to legislation and hard-core daily work, they will certainly wish to incorporate the Greens in the game.

Joergen Oerstroem Moeller is an associate senior fellow with ISEAS Yusof Ishak Institute in Singapore and adjunct professor with Singapore Management University and the Copenhagen Business School. He is also an Honorary Alumni of the University of Copenhagen.