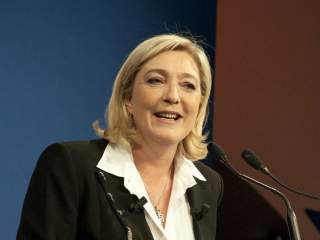 If what is now the European Union has one underlying tendency it’s not socialism (or Social Democracy) but Christian Democracy, a very distinctive tradition dating back to the early years of the last century and partly inspired by the social and political teaching of the Roman Catholic Church—in particular of Pope Leo XIII and his 1891 encyclical Rerum Novarum condemning not only Marxian socialism, but also the unrestrained free-market capitalism that bred it. In Austria it had been the “Christian Socialist” or Christian Social party of Karl Lueger, who was elected mayor of Vienna in 1897 after being vetoed three times by the Emperor Franz Joseph, on a distinctive platform echoed across Europe: anti-Marxist but also anticapitalist, antiliberal and, of course, anti-Semitic. This was the same pitch as was heard in France from the Anti-Dreyfusards, Charles Maurras and the Action Française. In Germany, it was infused with extreme nationalism and metastasized into National Socialism. Adolf Hitler lived in Vienna during the Lueger era and liked what he heard. Der schöne Karl, as Lueger was known, became an inspiration for the Führer.

After the defeat of the Third Reich, Christian Democracy thus had to clean up its act, and it did so very successfully, eschewing violence and racial hatred while sublimating nationalism into “the European idea.” A brilliant period of economic growth meant that greatly increased material prosperity (which the Americans also enjoyed in the postwar decades) could be combined with a high degree of state-sponsored social security (which they did not enjoy). And this went hand in hand with a “moderate” political consensus.

NOWHERE DID that consensus seem more stable than in Germany. For the sixty-seven years of its existence, two parties have dominated the German Federal Republic, the Christian Democrats (CDU) and the Social Democrats (SPD), with a third party, the Free Democrats, invited after dinner, as it were. More accurately, it was dominated by the first of those. To begin with, Christian Democrats and Social Democrats were neck and neck, a couple of percentage points apart in the 1949 election, but gradually the CDU, under the guileful leadership of Konrad Adenauer, pulled ahead to a clear lead. By the 1957 election, his party was almost twenty points ahead of the SPD and, for the only time in the history of the republic, won an absolute majority in the Bundestag, despite an electoral system deliberately designed to prevent such an outcome, as well as to keep out extremist parties. The patriarchal style of der Alte helped shape western Germany into a stable democracy that avoided the fate of Weimar.

And yet so strong was the spirit of compromise and consensus that Adenauer asked the centrist Free Democrats to join him in a coalition, even though he didn’t need their parliamentary support. There was an echo of that spirit at the last election in 2013. It was an outright victory for Angela Merkel and the CDU, with 42 percent of the vote to the SPD’s 26 percent, and again despite the electoral system, they very nearly gained control of the Bundestag, just five seats shy of an absolute majority. She couldn’t form a coalition, since the Free Democrats had plummeted below the 5 percent level (which meant that they could not be represented in the Bundestag), and the third-largest party was the bluntly named Die Linke (“The Left”), made up of disaffected refugees from the left of the SPD and recovering Stalinists from the former East Germany. And so she asked the SPD to join her in a “grand coalition.” This is the ultimate expression of centrist consensus, though one which makes some Germans wonder what the point was of voting at all.

THEN THERE is England. There’s always been a healthy skepticism about parliamentary government in England, exemplified by Lewis Namier’s acidulous remark that “men no more dreamt of a seat in the House in order to benefit humanity than a child dreams of a birthday cake that others may eat it.” And maybe the United Kingdom is a slightly misleading example when discussing European politics, because of its dubious “European” identity, about which the British, or more exactly the English, are so neuralgic. It’s at least possible that in a referendum this year the British (or the English) will vote to leave the Union.

Nevertheless, the British case is illustrative of several trends seen elsewhere in Europe. The truly interesting thing about British politics in my lifetime is less the changing balance between the larger parties than their joint eclipse, along with the decline of political participation. At the 1950 general election, turnout was 84 percent, the highest it has ever been. It fluctuated and declined, to 72 percent in 1997, a figure that I among others lamented at the time as a regrettable failure of democracy.

That was Tony Blair’s first victory, and we hadn’t yet realized the nature of his dark mastery, which was not so much to move the Labour Party to the right, true as that was, as to invent a politics which was neither ideologically left-wing nor right-wing, but simply empty of any ideological content at all: to void politics of its content, or take the politics out of politics. A perfectly natural consequence was the collapse in voter participation, from 72 percent turnout in 1997 to 59 percent only four years later.

But just as significant was the eclipse of the larger or mainstream parties. At the 1951 election (called precipitately, and unnecessarily, less than two years after the last one) Tories and Labour nearly tied for the popular vote. More to the point, they shared 97 percent of the total vote between them. By 2010, that share of the popular vote enjoyed by the two larger parties had fallen to 65 percent: a change of kind rather than degree. Formal party membership has also collapsed, as has party affiliation. This example must be treated with care, since British politics are really so unlike continental politics. The Tories do not much resemble a European Christian Democratic party, any more than Labour does a European Social Democratic party. And yet British politics have foreshadowed European, notably German, politics in important respects.

In Germany too, though more recently, political participation has fallen: turnout was 79 percent at the 2002 general election, but dropped to 71 percent in 2009. Likewise the two big parties shared 77 percent of the vote in 1990, but only 57 percent in 2009. Even if the CDU-SPD duopoly has been remarkably stable by continental standards, it is now cracking. The SPD in particular can barely be called a mass party any longer; it won slightly over 25 percent of the vote in the 2013 Bundestag election.

The centrist Free Democratic Party may revive; it represents, after all, a strong and admirable tradition, “liberalism” in its original sense of social and economic freedom from an overly mighty state. But its fortunes are menaced by the Alternative für Deutschland (AFD) party (a party whose name scarcely needs translating, even for those who know no German!), which appeals to many of the same voters as the classical-liberal Free Democrats. Die Linke will continue attracting support, all the more since leftist voters feel frustrated and disappointed with the SPD and the compromises it has made in coalition with Merkel.

But her most serious challenge will come from the right, notably in the form of the AFD, sometimes labeled “Far Right,” although that is inadequate if not misleading. The AFD began with vigorous opposition to the European single currency. It may now be denounced for veering towards demagoguery, as when it condemns the assaults on women in Cologne as “the result of uncontrolled migration.” But that’s what many Germans think and it does appear that a number of the assailants were, in fact, asylum seekers, a phenomenon that is creating an uproar in the Bundesrepublik and directly threatens Merkel’s continued popularity. If anything a more intellectually coherent version of UKIP, the United Kingdom Independence Party, AFD was founded by a number of serious figures, including Konrad Adam, a former editor at the Frankfurter Allgemeine Zeitung, and was supported by an array of academic economists, in response to the Eurozone crisis. If ever the best lacked all conviction, it was the anguished response by Berlin and Brussels to that collapse, and the utterly unconvincing insistence that the Euro was be protected at all costs, however much suffering that might mean in Greece and Spain.

Maybe the truth is that this cozy centrist consensus which for so long governed Europe, and which in many ways was once truly benevolent, was always more vulnerable than it seemed. It worked in good times, but has proved helpless in bad ones. The soi-disant elites dreamed up a single currency, which was always fraught with risk, if boom ever turned to bust or the bubble burst. At the same time, they were lamentably complacent about a level of immigration with which European countries had just about managed, or seemed to manage, but has now becoming a problem on a scale which now threatens the whole edifice of democratic politics, and the consensus of center-right and center-left politics. Across Europe that consensus is cracking; the center is not holding; the ceremony of “moderate” innocence is drowned. We have to pray that no blood-dimmed tide is loosed.