Europe’s Populist Right Is Not a Monolith 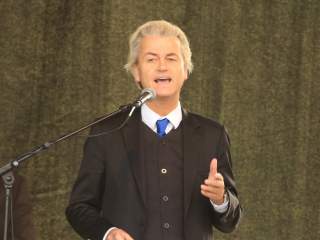 Margaret Thatcher once remarked off-the-cuff that her greatest accomplishment after eleven years of Conservative governance in No. 10 Downing Street was the creation of Labour’s Tony Blair. She may have been honing her sense of wry humor, but like any good joke, there is an underlying element of truth. The Iron Lady’s point was that she placed greater value in having moved the field of play for both parties decidedly in her own ideological direction rather than having merely changed her own Tory cohort.

Grassroots European populism seems to be exacting this same phenomenon. From the move by the Danish government to seize the assets of Syrian migrants to Nicolas Sarkozy’s ever-rightward drift as he seeks his old job once more, events are proving that the populist right does not have to have its hands anywhere near the levers of power in order to entice those already in power to pull on them; electoral fear is a sufficiently motivating incentive.

This trend does not seem likely to dissipate, so it would be a useful exercise to discern what exactly unites and divides the forces of reaction. With this larger focus in mind, two similarities begin to immediately emerge in next to all cases.

The first of these is the backdrop of anti-Semitism that lingers over the founding days of such organizations. While it is comfortable to think that the post-Holocaust European leaders who uttered “Never again” were speaking meaningfully on behalf of their populations, the truth is far more gorge-rising; unofficial pogroms were not uncommon in the late 1940s in Eastern Europe (and especially Poland), with synagogue-burnings even marring as “civilized” of locales as Liverpool and Glasgow. In other words, anti-Semitism, far from being a tarnished brand, still carried resonance.

Thus was born political parties such as the Freedom Party of Austria and Jobbik in Hungary, which sought to channel preexisting, Second World War-era fascist sentiment in both countries. Similarly, the novels of Steig Larsson do an excellent job of unmasking the shadowy world of Aryanism that, once directed away from the skinhead and toward the spin doctor, made its debut as the Sweden Democrats. And of course, who can forget the outbursts of Jean-Marie Le Pen (“I’m not saying the gas chambers didn’t exist, but. . . ”), the last of which cost him formal membership in the National Front of his own founding. True, the great “other” suspected by these parties has increasingly become Muslims relative to their postwar demographic burgeoning. But the anti-Semitic aftertaste lingering from their founding days is not easily rinsed away.

Secondly, the populist right often serves as a sounding board for the sort of social conservatism that, in an increasingly urbane, cosmopolitan and secularized continent, is viewed by its detractors as anachronistic and by its defenders as the last redoubt against outright libertinism. From discomfort with the role of modern woman in society and growing despair at the increasingly commonplace status of gay marriage to lambasting art or drama deemed too avant-garde (as was just done in Poland by the new Law and Justice government), this chip-on-the-shoulder posture has been fighting a rear-guard action against everything the Europe of the twenty-first century seems to encompass.

Although most far right parties can be considered reversions to an older time, there is at least one that can claim a partial mantle of modernity—Geert Wilders’s Party for Freedom in the Netherlands. Unlike his would-be compatriots on the reactionary fringe, his movement is avowedly pro-Israel, staunchly defensive of the Dutch LGBT community, has been described by some commentators as “feminist,” and has made no real effort to inveigh against the permissive culture for which Amsterdam has become internationally known.

Insofar as this party is modern, it is because it sets itself up as primarily motivated by defending the notion of “the Enlightenment” from what it sees as the rising tide of Sharia-based Islamist politics. Indeed, if there were any people in Europe attuned to a fear of political Islam that set in early and often, it would be the Dutch. The Netherlands, after all, was the nation where, within two years of each other, the politician Pim Fortyun (Wilders’s political precursor) and the documentarian Theo van Gogh were both assassinated, the former by an ethnic Dutchman claiming to act on behalf of Islam and the latter by a Dutch-Moroccan who took issue with the portrayal of internecine violence against Dutch Muslim women in his film Submission. The film’s screenwriter, the noted Ethiopian critic of Islam and parliamentarian Ayaan Hirsi Ali, had to be placed under twenty-four-hour armed guard before her eventual emigration to the United States. A disproportionate amount of homophobic violence emanates from the Dutch Muslim community, and the unintegrated neighborhoods of the sort made famous by Molenbeek are not an unknown quantity on the fringes of Amsterdam.

This is not to claim the Party of Freedom has a perfectly liberal scorecard. Far from it, many of its platform planks—from the outright banning of the Quran (calling it as incendiary a volume as Mein Kampf) to the preoccupation with outlawing the burqa and halal—fly in the face of the very freedom of choice on behalf of which Wilders purports to man the political ramparts. In seeking to paint the inflow of Dutch Muslims with the broad brush of “totalitarian,” he ignores the public utterances of such men as Rotterdam mayor Ahmed Aboutaleb, whose imploration to extremists distasteful of European culture to “pack your bags and [expletive] off” was among the more memorable snippets of post-Charlie Hebdo commentary.

But as the Economist presciently noted in 2014, the decision of Marine Le Pen of France's National Front and Wilders to cohabitate in the same European parliamentary bloc indicated “that they are desperate there can be no doubt; they vary hugely according to local tastes, traditions and taboos.” Later that same year, the two leaders fell out over whether or not to include a Polish party indulging anti-Semitic conspiracy theories and outright misogyny into their ranks—Le Pen was willing to look past the issue, whereas Wilders considered it “a bridge too far.” Thus, even amongst people as unsubtle in their proscriptions and rhetoric as the ascending European far right, nuances exist, and it would behoove more people to take note of them.

Matthew Pennekamp is a resident junior fellow at the Center for the National Interest. His current research analyzes the role Indonesia can play as a mediator in the South China Sea islands dispute.