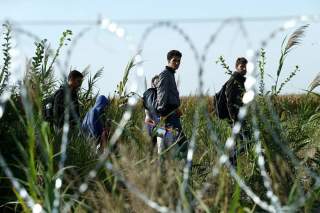 The New York Times featured a piece on November 3 by foreign correspondent Adam Nossiter, writing from Béziers, France. Béziers, Nossiter informs us, is the country’s “largest city under far-right control,” and he is intrigued by its mayor, Robert Ménard, once a “fearless defender of freedom of the press on four continents and a hero to free-speech advocates.” But now Ménard has turned against the influx of foreign immigrants flooding his city. He says he doesn’t want Béziers to become majority-Muslim, doesn’t want it to adopt a Muslim identity and doesn’t want it to lose its French heritage and sensibility. “This is a problem of numbers,” he says.

Given these sentiments, writes Nossiter, Ménard has become “a symbol of right-wing extremism in France.”

That’s a curious characterization, particularly in light of Nossiter’s suggestion elsewhere in his article that Ménard’s city is being watched by others throughout the country to determine if he represents a serious body of political sentiment. Nossiter quotes a university political scientist, who says that “Béziers could really become a political symbol.” In other words, Ménard’s anti-immigrant sensibility seems to be growing and could become a mainstream sentiment.

All this raises a question that doesn’t get asked without a bit of historical perspective and perhaps a commitment to evenhandedness. Nossiter doesn’t ask it. The question is: Why is it “right-wing extremism” when a person wants to preserve his cultural heritage, but not extremism when one wants to see it destroyed or is indifferent to its fate? What Nossiter’s piece lacks is any perspective on just what’s happening in Europe today, with a flood of immigrants that threatens to transform the continent and its Western heritage.

On the same day that Nossiter’s piece appeared, the Washington Post ran a front-page article headlined, “Tempted to close the doors: As migrant tide reaches a new high, pressure builds for Europe to seal its borders.” Included was a graph showing that 2015 migrant arrivals numbered 218,394, while arrivals thus far this year exceed 744,000. An official from tiny Slovenia reported, “We have received more than 100,000 migrants in just two weeks.” He explained that that number represented 5 percent of the country’s population.

But many of those migrants don’t want to stay in Slovenia, which is poor and where prospects for governmental largesse are small. They particularly want to get to Germany, which is rich and has a national leader (for now) who has laid down a welcome mat. Just in the last nine months, Germany has taken in 500,000 immigrants, according to the Post story. For the year, this will likely approach 700,000. A comparable influx into the United States would be nearly 2.8 million. Does anyone doubt that such an influx here in such a brief time would spur a major backlash?

Of course, the backlash would generate allegations of “right-wing extremism” and even racism from the country’s liberals. But is it really racism or extremism to want to protect your national borders, or prevent the societal and cultural chaos that ensues when the flows of immigration swamp a society’s absorption capacity? It seems that, for the nation’s elites, the answer to that question is yes. There doesn’t seem to be any level of immigration that raises concerns on the part of some of these people.

But the hinterland view is something else again. In the United States, the elite media can’t understand how such a crude figure as Donald Trump could be getting the poll numbers that, so far in the presidential campaign, have buoyed his candidacy. But part of the answer is that he has tapped into this concern on the part of people who don’t consider themselves racists or extremists and who resent being characterized as such.

They know instinctively what the elites wish to ignore—namely, that a very large part of world history is the story of invasions and migrations, and that it often isn’t so easy to tell the difference between them. It is also the story of resistance to invasions and migrations. Consider the Great Wall of China, built in various stages over centuries to protect the core Chinese civilization from massive numbers of nomadic tribesmen from the Eurasian Steppes.

Europe has been under serious threat from Islam on three occasions. The surge of religious fervor unleashed by Mohammed in the seventh century led to a territorial explosion in succeeding decades, as Islam took over the entire Middle East, then pushed up through Spain under Moorish auspices, and crossed into France by 732. That’s when a European force under Charles Martel defeated the Moors at the Battle of Tours and began a centuries-long pushback, culminating with the Moors being expelled from Spain in 1492.

It’s worth pondering: What would have been the fate of Western civilization had the Islamic forces defeated Charles and overrun the European heartland? What would have happened to the slow Western development through what Will Durant called the Age of Faith, then the Renaissance, the Enlightenment, the emergence of capitalism and liberal democracy, flying buttresses of the Gothic cathedrals, the art of the Dutch Masters with their use of light and shadow to bust through space and time, the advent of soaring Western music, the Romantic poets and great novelists, the global expansion, and all the grand triumphs and tributes to the human experience that came also, inevitably, with the downside of abuse that always seems to be part of the human story?

Perhaps the answer is: Who cares? That seems to be the answer of many in the West these days. But that is not the sentiment of a healthy and robust civilization.

Eight centuries after Charles Martel’s victory saved Europe, the great Ottoman ruler Suleiman the Magnificent laid siege to Vienna, in what many historians believe was part of a design to take Europe. Already the Ottomans had taken the Balkans and for a century had been moving up the Danube, conquering central Hungary and Transylvania. Suleiman’s failure to take Vienna in 1529 represented the Ottoman high point in Europe, and when a subsequent siege in 1683 also failed, that expansive empire began a slow, inexorable decline, culminating in the total Ottoman collapse with World War I.

But the impact upon Europeans was to last for centuries. “The Turks ruined the Balkans,” wrote Dame Rebecca West in her magisterial book on the Balkans, Black Lamb and Grey Falcon, “with a ruin so great that it has not yet been repaired.” The terrible bloodshed in the region during the 1990s can be traced back to the Ottoman disruptions upon European soil starting in the fourteenth century.

In discussions of immigration in America and Europe these days, the focus most often is on the economic impact, the question of whether there are enough schools, the burden upon the welfare state or whether wages will decline. Sometimes it turns to fears of crime attending the influx of people with no resources. But fundamentally it is a question of culture, as it has been through history.

For some reason, the elites of the West don’t want to see it that way, and they are well positioned to label those who do as extremists or racists. That’s essentially the Adam Nossiter outlook, as reflected in the tone and slant of his Times piece. But in Europe now, as likely in America some years from now, this represents a crisis of the first order. And the people will demand of their governments that the crisis be addressed. That’s the significance of Robert Ménard and his town of Béziers, France.