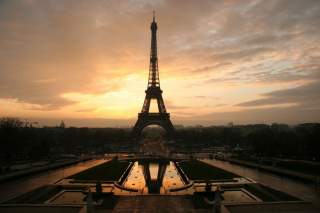 The Charlie Hebdo killings have horrified just about everybody. They have, it must be admitted, also given just about everybody a horrible excuse to push their partisan agendas. Nationalist groups across Europe, predictably, have used this attack to advance their anti-immigrant, anti-Muslim and frequently authoritarian arguments. The Muslim community seems to have opted for either silence or the by-now familiar culturally aggressive postures. Without endorsing the killings, radical Imam Anjem Choudary has nonetheless labeled any criticism of Islam an “act of war.” Elite European leadership has followed its star, too, mouthing the usual multicultural bromides while exhibiting what can only be a described as willful blindness toward the severe social tensions developing in both their immigrant and native populations.

Though this toxic mix has added to Europe’s problems for years, it has begun to verge on the explosive. The tension points to a still more violent European future—not just from would-be jihadists, but also from other elements within immigrant communities, as well as a frustrated native population—and threatens lasting harm to European society and to the continent’s prosperity.

Discontent among immigrants, particularly Muslim immigrants, gets the most media attention. Terrorism and threats of terrorism always have pride of place above the fold. But the threat here goes beyond jihadists. Muslim immigrants harbor more secularly based hostilities as well, isolation from the larger community and a distinct lack of economic opportunity. Emblematic of those bad feelings and the threat they level at European society are the riots that occurred in the banlieues of Paris in 2005 and the smaller, follow-on riots that have taken place every year since. Though French officials tried to link this violence to radical religious motives, all the evidence points to broader-based, social and economic roots. Nor is it just France. Turkish immigrants to Germany, though so far less violent, express the same simmering resentments. It speaks volumes that immigrant newspapers headlined stories on Chancellor Angela Merkel’s various efforts to explain new immigration regulations with selections like, “Merkel defends discrimination against Turks.” The bad feeling has only intensified over time. Many immigrant associations now refuse even to attend Merkel’s various conclaves on integration.

Less well covered in the media is the increasingly intense hostility toward immigrants among the native European population. Nationalist politicians have of course amplified such bad feelings, but as my new book, Thirty Tomorrows, documents, a grassroots movement is clearly evident. As far back as 2009, pollsters estimated that as much as three quarters of the UK native population wanted unemployed foreigners expelled from the country. Similar polls on the continent recorded similarly large percentages with the same feeling. Even in Spain, renown as more positive toward immigrants than most, over half of those surveyed saw immigrant flows as detrimental to the country.

Such negative feelings reveal themselves in all sorts of ways, some more frightening than others. In both Britain and on the continent, it has become commonplace in working-class neighborhoods to refer to anyone who sympathizes with Muslim immigrants as dhimmi. Since this Arabic word describes the second-class status of non-Muslims in Muslim countries, its use in the European context suggests that any conciliatory gesture toward immigrants invites a diminished status for native Europeans. Anti-Muslim websites have proliferated. One calls itself by the rallying cry of the First Crusade, Deus Vult. Another, with reference to the battles that stopped Muslim expansion in the sixteenth century, calls itself “The Gates of Vienna.” This site offers a cap with the motto, in the language of the buyer’s choice, “Islamophobe and Proud of It.” Even more established outlets have expressed harsh sentiments. As early as 2007, a popular German feminist journal, Emma, worried that Islamists “can no longer be stopped with only democratic means.” Violence against foreigners has become more common. Just last month, three mosques were torched in Sweden, of all places. As far back as 2009, then European Union Fundamental Rights Agency director Morten Kjaerum admitted that “crimes with racist motives and discrimination in the EU are more widespread than individual member states admit.”

Anti-immigrant votes have grown in tandem with such sentiments. The increased strength of nationalist parties in just about every country testifies to the effect. Recent European Union elections have given those groups their most dramatic gains to date. The growing anti-immigrant hostility has emboldened even more mainstream politicians. Not too long ago Éamon Ó Cuív, Ireland’s then minister for community, rural and Gaeltacht affairs, told The Irish Times that more immigration would simply cause “one million and one” problems. Spain’s labor and immigration minister, Celestino Corbacho, openly blamed unemployment on immigration. German officials more than once have reminded the public that theirs is not “an immigrant nation,” while Chancellor Angela Merkel has stated flatly that the multicultural experiment has failed. Regulations and enforcement preferences have followed. Germany increasingly applies a language test for admission. Italy has made it easier to expel resident aliens, even citizens of other EU members. France’s ministry of national identity has proposed quotas on new entrants and at times has insisted on DNA testing in family-unification claims. And this is just a sampling of such actions.

It is easy to write off this backlash to prejudice, ignorance and racism. Certainly, the media and elite European opinion prefer such explanations, something that nationalist political rhetoric does little to dispel. But if racism and the like play a role, as they undoubtedly do, there is more at work here. Economic difficulties surely contribute. It is hard to be welcoming when one is unemployed. There is also a natural reaction to misguided government policies that at once seem to encourage a flow of alien peoples into each nation’s culture and that then do nothing to help integrate the newcomers into the larger culture or help the existing population adjust. The native working class, living daily alongside the immigrant community, feels increasingly fearful and alienated, suspecting that their national cultures are changing in ways that leave them behind. Europe’s elite does little to answer their fears and frustrations, preferring instead to lecture them on tolerance and multiculturalism.

Some authorities in Britain, France, Germany and elsewhere have awakened to this problem and have made tentative efforts to address grievances on both sides by encouraging integration. They have even turned for insight to the greater success North America has had with such efforts. German officials, after years of scoffing at any concession to those with limited language skills, have reconsidered bilingual education. France, though a long way from U.S.-like affirmative action, has begun to investigate ways to promote talented students with immigrant origins. There is even a growing recognition that things like high-school equivalency credentials, common in the States, but unknown in Europe, can enhance immigrant opportunity and integration. Such steps, however, remain tentative and small, and have only begun after positions, both on the immigrant and on the native sides of the divide, have hardened.

A recent Reuters piece by Jacob Heilbrunn, entitled “Charlie Hebdo Fallout: Specter of Fascist Past Haunts European Nationalism,” draws admittedly loose parallels from today’s nationalist parties to the fascist groups of the 1930s. Such a return would surely tear Europe apart. Even well short of such a menacing prospect, the mix of jihadist terrorism, immigrant rioting and an increasingly powerful and sometimes violent native backlash threatens society’s stability and, with it, creates still one more severe impediment to Europe’s economic recovery..

There is a good chance, in fact, that the hostile milieu will so oppress the daily lives of productive Europeans that they emigrate. Such a prospect is not so far-fetched, either. Already, Germany, the Netherlands, Belgium, Sweden, France and the UK have experienced net out-migration. No doubt some of the emigration reflects purely economic calculations, but there is also clearly a social element, especially since many of the countries on this list have avoided the worst unemployment. Some may be fleeing the immigrants themselves. Surveys of Dutch emigrants turn up phrases like “the Trojan Horse of Islam.” But for others, it is more the hostile social milieu itself that motivates, rather than a negative attitude toward any particular side. It is telling for instance, that German university graduates in a relatively recent survey cited “social decline” as why they seek to leave their homeland.

This is not a trend Europe wants, for either economic or social reasons. The people who would go in such a flight are the very elements that hold society together and make an effective economy. Perhaps the nascent efforts to integrate immigrants better can help stave off future violence and bitterness, mend the fabric of society and arrest the outflow. Though these may not offer an answer to the religiously motivated, economic opportunity can calm more secular grievances among immigrants, while integration can calm fears and a feelings of alienation among the native population. But since most European countries have long had trouble along those lines already, the ugly trends seem more likely to intensify going forward, adding to the troubles of an already very troubled continent.