Everything You Need to Know: Russia's Massive Zapad Military Exercise 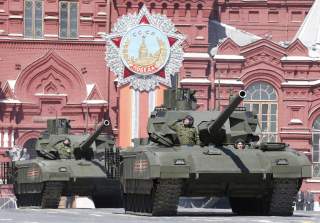 The Zapad-2017 military exercise that will take place in September in Russia and Belarus has already begun to draw attention in the Western press. In recent days, media outlets have published somewhat panicked accounts about the unprecedented numbers of Russian troops conducting drills on the borders of vulnerable eastern European countries like Poland and Lithuania. Others are arguing that once Russian troops enter Belarus to participate in the exercise, they are likely to stay behind “in order to give Moscow a more-advanced forward base in Europe” or, in the less carefully chosen words of some Ukrainian officials, to occupy Belarus possibly as a prelude to an invasion of Ukraine from the north. Given this level of excitement about a military exercise still six weeks away, it may be useful to analyze what we actually know about the upcoming exercise and its predecessors.

The Zapad exercise is a regularly scheduled event that has been held quadrennially since 1999. What’s more, it is part of an annual rotating series of large scale exercises that serve as the capstone to the Russian military’s annual training cycle. The series rotates through the four main Russian operational strategic commands (Eastern, Caucasus, Central and Western) that give name to the exercises. Similar major strategic operational exercises were held in the fall throughout the Soviet period as well. In other words, everyone has known that this exercise would be held in the early fall of 2017 since at least four years ago. The only uncertainty was regarding the scope and exact parameters of the exercise.

These aspects remain uncertain at the present time. Official Russian sources have indicated that the total number of troops involved in the exercise will not exceed 13,000, while Western officials and analysts have been quoted as saying that as many as 100,000 Russian personnel may be involved. Previous Zapad exercises have been on the larger side, with Zapad-2013 involving approximately 75,000 troops and personnel. Part of the discrepancy in numbers may stem from a disagreement over who should be counted. The highest Western numbers usually include not just members of the Russian armed forces, but also personnel from security agencies and civilian officials who may be involved in parts of the exercise. Furthermore, the Russian military may choose to conduct other related exercises that are not technically part of Zapad-2017 and would therefore not be included in the official declaration on the number of troops involved.

What we do know is that the total number of Russian troops on Belarusian territory is not expected to exceed 3,000 personnel. Russian military experts indicate that the focus of the exercise will involve the Russian air force, with units being transferred to airfields in Belarus, as well as the airborne division based in Pskov and at least one infantry division from Russia’s Western military district. Western sources indicate that the recently reconstituted First Guards Tank Army will also be involved, though this has not been confirmed by Russian sources. Officially, according to the Russian defense minister, the focus is to be on “joint planning, command tactics and joint troop formations.” At the same time, Russian officials are not hiding that the scope and form of the exercise is being driven in part by Moscow’s concern about increased NATO troop presence in eastern Europe and the fear of Western agents instigating regime change in a friendly state—or even in Russia itself. To this end, Zapad-2017 is expected to emphasis improved coordination between Russian and Belarusian special forces, as well as with forces from other agencies tasked with dealing with internal conflicts.

To summarize, the Zapad-2017 exercise is the latest iteration of a regularly scheduled series of exercises. All of these exercises are officially labeled as being set up to defend Russia (and allied states such as Belarus) against unnamed attacking hostile powers. In the past these ostensibly defensive exercises have included elements of offensive maneuvers, such as opposed amphibious landings. Nevertheless, the likelihood of this exercise serving as cover for some larger nefarious aim, whether it is an attack on Ukraine or Lithuania or a stealth occupation of Belarus, is practically zero. In fact, some analysts in Moscow believe that the exercise is being kept unusually small this year precisely in order to reduce the reaction in neighboring NATO states.

The actual goals of these exercises in general, and of Zapad-2017 in particular, have remained largely unchanged in the last 10–15 years. In conducting these large capstone exercises, Russia has pursued both military and political aims. On the military side, Russia seeks to highlight its abilities to conduct large-scale joint operations that involve multiple branches of its armed forces and require the activation of logistics networks that include the transfer of forces from one part of the country to another. Zapad-2017 and other exercises in this series also seek to develop military cooperation between Russia and Belarus, since Belarus is Russia’s most capable military ally and serves as a critical buffer zone between Russian and NATO member states. What’s more, a NATO intervention in Belarus is seen as one of the most likely causes for a major military confrontation between Russia and the West.

On the political side, Zapad-2017 is aimed at deterring the West by highlighting Russia’s preparedness to counter any aggressive actions by NATO or its individual member states. Despite Western perceptions of Russian aggressiveness, Russia continues to feel relatively weak when compared to the United States and its allies. As a result, it seeks to highlight its capabilities to defend itself, against both a direct attack and regime change efforts. The recent Western media stories highlighting the potential size of the exercise are very helpful in Russia achieving this goal.

While the specifics of the exercise will undoubtedly be announced in the coming weeks, I feel quite confident that Zapad-2017 will be just like past Russian strategic operational exercises. For one week in September, Russian and Western media will breathlessly tout the might of the Russian military. Then the Russian military will return to its normal bases inside its own territory. And experts on both sides will begin to publish detailed analyses of what the exercise actually showed regarding the strengths and weaknesses of the Russian military, though these will largely by disregarded by Western media outlets who will have moved on to some other story.

Dmitry Gorenburg is a senior research scientist in the Strategic Studies division of CNA, a not-for-profit research and analysis organization, where he has worked since 2000. In addition to his work at CNA, he is the editor of the journal Problems of Post-Communism and an associate at Harvard University’s Davis Center for Russian and Eurasian Studies. He blogs on issues related to the Russian military at russiamil.wordpress.com.

Image: Russian servicemen drive T-14 "Armata" tanks during a rehearsal for the Victory Day parade in Red Square in central Moscow, Russia, May 7, 2015. Russia will celebrate the 70th anniversary of the victory over Nazi Germany in World War Two on May 9. REUTERS/Grigory Dukor​