The Evolution of the U.S. Navy 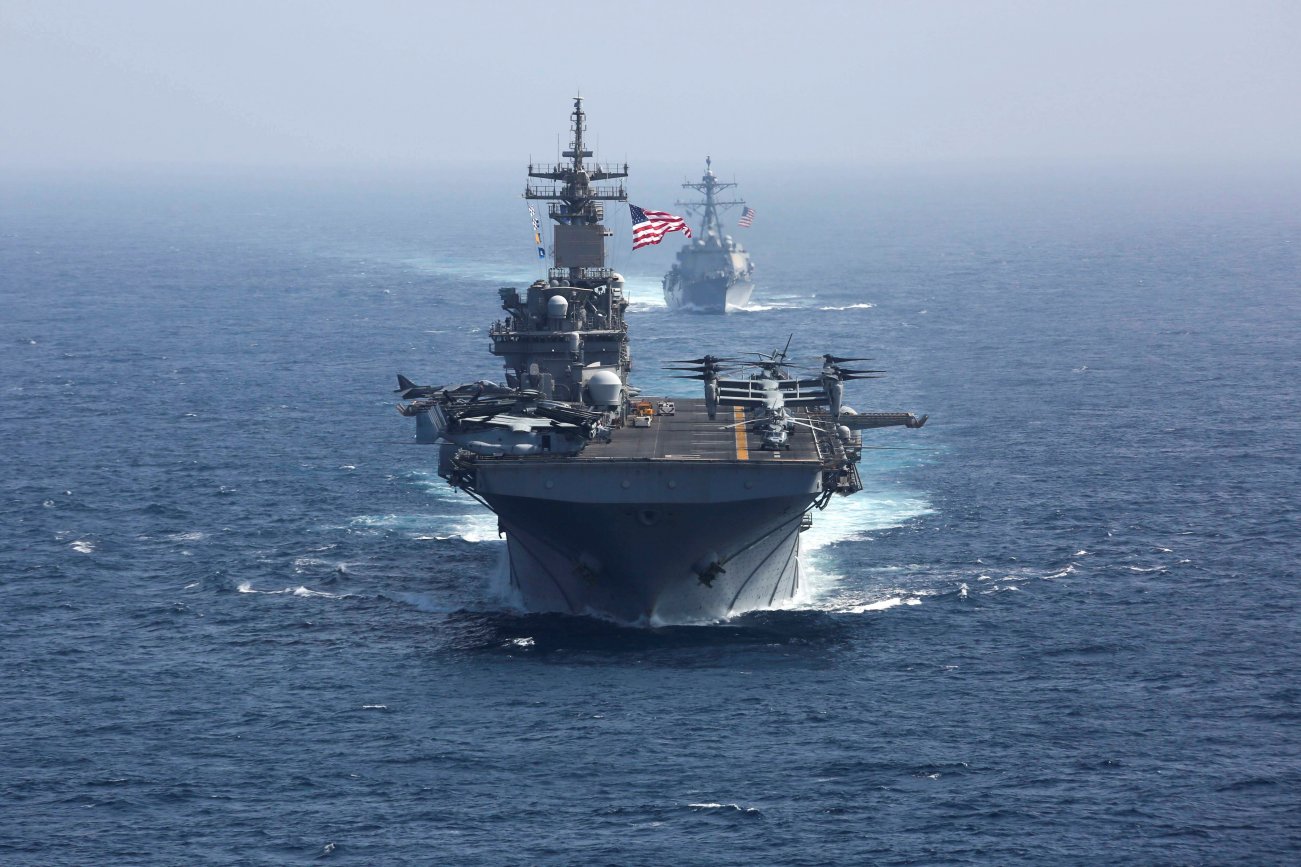 This is the first measure of strategic success. How can the sea services help bring it about? Our task is to put steel behind diplomacy and thus face down challenges to the rules-based order—making the favorable balance of power Kissinger espouses a reality. We need to make an impression—a political impression. The strategist Edward Luttwak urges fleet overseers to configure and move forces around to cast a “shadow” across an opponent’s strategic and political calculations. We want Beijing to fret about the consequences it may incur from whittling away at the status quo. The longer and darker the shadow U.S. Navy and Marine forces cast when they cruise from place to place on the map and flex their combat capabilities, the better Washington’s chances of deterring Beijing. Doubt and fear are our friends in this endeavor.

That’s why the U.S. Navy’s and Marine Corps’ renown as fighting forces is so critical to foreign-policy success. The sea services are capability manifest in steel and flesh. So to track success in strategic competition, mariners need to estimate how they are influencing the three variables comprising deterrence. They must fortify their material and human prowess, project confidence in their ability to fight and win, and help diplomats and policymakers convince Beijing they can and will carry out Washington’s deterrent threats if so instructed. If we can convince China’s leadership it cannot prevail in a trial of arms—or, short of that, that it cannot prevail at a cost Xi and his advisers are prepared to pay—then deterrence ought to hold.

If justice cannot keep the peace, in other words, then the sea services must deploy old-fashioned hard power in concert with U.S. Army legions and Air Force squadrons. Whatever maritime forces do to bolster capability, resolve, and belief helps cast the deep shadow America must cast to deter China—and act as a trustworthy steward over the system. This is my second measure of strategic success.

And lastly, seafarers must reform their institutional culture. Culture—crudely put, “how we do things here”—instills attitudes and habits within an institution and the people who comprise it. A naval culture that is gimlet-eyed yet upbeat will stand the sea services in good stead in strategic competition. It should be gimlet-eyed in that it rejects fanciful claims like those found in “. . . From the Sea.” Victory over a specific competitor may be permanent. Victory over the Soviet Navy is a settled fact, since that antagonist is no more. (Its successor is another matter.) And if the U.S. Navy and Marine Corps are fortunate enough to get through the ongoing competition with China and Russia, then they may earn a new reprieve from high-seas strategic competition.

But reprieves are transitory. There will always be a next challenger, and the sea services must feel that conviction in our marrow. Strategic competition never finally ends. We must never again delude ourselves into thinking a momentary triumph, however complete and satisfying, has annulled our first and paramount naval mission—the fight to rule the waves. Mariners must constantly keep pushing themselves to get better at that mission, even if no new foe has yet appeared on the horizon. In that sense a tragic if not fatalistic mindset must guide everything we think and do. We should regard claims that Year Zero is at hand, or that history has ended, with a jaundiced eye.

If naval culture should be fatalistic about elemental purposes, then we should also make it upbeat. It should reflexively deplore orthodoxy while celebrating entrepreneurship that helps the sea services fulfill their purposes. The longshoreman-philosopher Eric Hoffer—another Bay Area dweller, although from the Grapes of Wrath rather than the hippy generation—teaches that innovative ages are mirthful, even whimsical ages. Hoffer says change is an ordeal for all of us, but devil-may-care times make it less trying. Freewheeling times reward experimentation; they may even make it fun. In such times any crank feels free to formulate a harebrained idea, put it to the test of reality, and discard it for the next harebrained idea should the hypothesis fail that test—as most will; but not all.

Ancient Athens was one bubbly, entrepreneurial society students of strategy and foreign-policy encounter when canvassing history for insight. Even the city’s enemies paid homage to Athenian dynamism. Other dynamic epochs, says Hoffer, include early Islam, the European Renaissance, and Restoration-era England. By contrast, orthodox ages are dour. They frown on cranks. Senior leaders obsess over administrative perfection and spit and polish. They gather control of most everything into their hands, attempting to choreograph—in minute detail—endeavors best left to more junior folk. In short, they stifle and punish enterprise. Hoffer says such an outlook deadens creativity, and he is right. Instituting the right rules, regulations, and career incentives can nudge the institutional culture in a direction hospitable to invention. Senior civilian and naval leadership must exercise trusteeship over the culture.

Let’s make nurturing a cultural renaissance a third measure of strategic success. If a healthy culture shapes our thoughts and deeds, then we are likely to compete to good effect. May dynamism—not stasis, orthodoxy, or control freakism—prevail. Let’s tend to the system, deter challengers, and reform ourselves. These efforts are our counterparts to refreshing personal hygiene in the communes of Haight-Ashbury. Take care of the basics and we may go far.