Expecting More from Our Allies: Why U.S. Foreign Policy Needs a Reboot 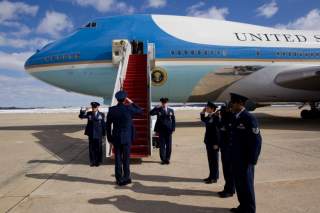 In a recent report on American public opinion and U.S. foreign policy, “Defending our allies’ security” ranked near the bottom of a list of foreign policy priorities. Judging from their rhetoric and military spending plans, protecting our allies is the top concern for many of the men and women aspiring for higher office.

Our military is postured to defend our allies’ security at least as much as it is to defend our own. U.S. foreign policy today hinges on a forward-deployed military poised to stop prospective threats before they materialize. It reassures our allies, thus discouraging them from taking steps to defend themselves and their interests.

That kind of military is costly. In inflation-adjusted terms, we spend more on average than during the Cold War. And yet most candidates for higher office believe that we must spend more. A few would spend much more. Marco Rubio, for example, plans to increase Pentagon spending by $1 trillion.

Despite his relative youth, Rubio’s foreign policy views come from a bygone era. For much of the past two decades, the underlying premises of U.S. foreign policy have not changed, although the preferred terms or phrases to describe it have. President Obama favors “leadership.” That word appears thirty-five times in his latest National Security Strategy. Other popular variations include “deep engagement,” “unipolarity” or “benevolent global hegemony.” Rubio’s objectives and rhetoric are particularly grandiose. “When I am President,” he explained, “the United States will be a ‘full spectrum’ superpower, capable of maintaining security simultaneously in Europe, Asia and the Middle East.”

He invoked the memory of Cold War–era presidents such as John F. Kennedy and Ronald Reagan to make his case. His plan for military spending is consistent with a document leaked in early 1992, when U.S. government officials argued that the object of U.S. foreign policy was to “prevent the re-emergence of a new rival” capable of challenging U.S. power in any vital area. Our preponderant military power would aim to deter “potential competitors”—including long-time allies such as Germany and Japan—“from even aspiring to a larger regional or global role.”

Leaving aside the question of whether the strategy is preventing rivals from challenging U.S. power, the costs have been considerable. Our strategy, notes MIT’s Barry Posen, “encourages less-friendly states to compete with the United States more intensively, while encouraging friendly states to do less than they should in their own defense, or to be more adventurous than is wise.”

Because U.S. security guarantees to wealthy allies have caused them to under-provide for their own defense, they also have less capacity to deal with common security challenges, from ethnic violence in the Balkans in the late 1990s, to combating terrorism and piracy in South Asia or the Horn of Africa in the 2000s, to averting state collapse in the Middle East or North Africa today.

But there is an even more dramatic problem underlying U.S. foreign policy today: it requires U.S. leaders to push, prod and occasionally even hoodwink Americans into taking on unnecessary tasks. Even strong advocates of primacy concede that it might not be realistic to expect Americans to bear the burdens of global governance indefinitely, and admit to the need for misdirection and subterfuge in order to sustain it.

Rather than expecting Americans to remain ignorant about our foreign policy, and fooling them when they become too inquisitive, we should reconsider some of its key tenets. They served us well immediately after the end of World War II, when the nations of Europe and East Asia were physically broken and fiscally broke and we wanted to prevent the reemergence of Japan and Germany as rivals. Protecting our Asian and European allies continued to make sense during the Cold War, insofar as our absence from those continents would have left an imbalance of power that the Red Army or Communist China could exploit.

But we should ask more of our allies and security partners today and in the future. We shouldn’t merely expect them to support us when we act militarily abroad. We shouldn’t merely demand that they allow U.S. military bases in their lands. Rather, we should require them to act first, to address urgent threats to their security before they become threats to their wider region or the world.

It is customary for candidates for higher office to claim that things are bad and getting worse. Despite the abundance of evidence that we are living longer, healthier lives, we mostly hear about the plethora of things that threaten us. There are dangers in the world; there always have been, and there always will be. An effective national security strategy will prioritize among them and identify the best tools to mitigate them.

It should also consider which threats Americans will be responsible for addressing, and what will be asked of others. The best approach would involve many countries who are willing and able to confront potential local or regional challenges. Under the current model, the United States is expected to address all threats, in all regions, at all times.

We need a new grand strategy, one that calls on other countries to take primary responsibility for protecting their security and preserving their interests. We need a resilient international order, one that is not overly dependent on the military power of a single country. We need capable, self-reliant partners. And we must restrain our impulse to use the U.S. military when our vital interests are not directly threatened.