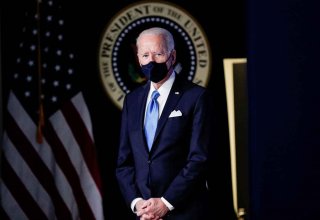 The vote featured no Republican support, which will now be sent to Biden’s desk for a signature, as it will become one of the largest relief packages in U.S. history. Only one Democrat, Rep. Jared Golden (Maine), rejected the legislation.

The bill will provide another round of direct payments of up to $1,400 based on income thresholds, an extension of additional unemployment benefits, billions of dollars for the distribution and manufacturing of coronavirus vaccines and aid for state and local governments, as well as for small businesses struggling due to the pandemic.

The measure is “both an economic and political victory” for the Biden administration, as it’s the first major economic initiative the new administration has made since taking office amid a duo of seething crises.

“For weeks now, an overwhelming percentage of Americans—Democrats, Independents, and Republicans—have made it clear they support the American Rescue Plan. Today, with final passage in the House of Representatives, their voice has been heard,” Biden said in a statement.

But as millions of Americans will receive additional federal support in the upcoming weeks, the largely Democratic bill hides a spate of tax surges on the wealthy and big corporations that amount to $60 billion.

One removes deductions for publicly traded companies that pay employees more than $1 million, one takes a closer look on how multinational corporations file their taxes and another focuses on how business owners of unincorporated businesses record their economic defeats, Politico reported.

This legislation is supposed to pump billions of dollars into a strained economy, and the wealthy and big corporations will be partially footing the $1.9 trillion bill.

“The Democrats would argue that these particular tax hikes will have little impact on aggregate demand and that including them in the bill allowed the inclusion of additional tax cuts (that the Democrats believe will have significant effects on aggregate demand) with no net revenue loss,” Alan Viard, a resident scholar at the American Enterprise Institute, said in an email interview.

Lawmakers and economists are hesitant about the tax increases, considering that the United States is still battling an economic downturn, far from recovery.

But to jam through the Covid-19 relief without needing Republican support, Democrats had to comply with strict budget rules that allow for a bill to pass through reconciliation, a legislative process that avoids a GOP Senate filibuster. That means lawmakers could waive taxes for some, like the unemployed, as the deal waives the first $10,200 worth of jobless benefits, but raise taxes for higher-income or more well-off Americans.

“The vote reinforces the willingness of congressional Democrats to raise taxes on businesses, which suggests that President Biden should be able to get at least part of his proposed business tax increases through Congress when the time comes,” Viard said.

For future legislation in the Biden-era, it will be important to note how tightly the president will cling to massive tax hikes on the rich and big businesses, a largely progressive demand, as such increases would help fund his agenda while in office, including the infrastructure package.

“Clearly it’s a signal that Democrats will look to high-income people and large corporations for revenue for the investment package to come,” Seth Hanlon, a senior fellow at the Center for American Progress, told Politico.

An infrastructure package could hover in the trillions of dollars, which would translate into even higher tax surges on the wealthy and big corporations.

Republicans stood in strong opposition to the bill on Wednesday when the House approved of the package, foreshadowing a tricky political climate that remains ahead for Biden amid an administration that promised to seek bipartisanship and political unity upon taking the White House.

COVID-19 Crisis: What New Powers Does the UK Government Have Under the New Law?