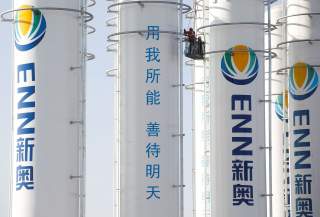 Given that U.S. LNG export expectations were raised, and then fanned, by a 2018 U.S. presidential visit to China, China will plan its market outreach in ways reflecting that visit. This, in turn, will influence China's LNG import options from other producers like Russia, the Persian Gulf, Australia and Southeast Asia.

As just one example of the political complexity, Saudi Arabia has been committed for over a decade to helping China maintain strategic oil reserves. However, Riyadh's venomous quarrel with the ruling family of Qatar makes the perception of ‘excessive' Chinese commercial support for Doha problematic. Additionally, Australia has decided to push back on Chinese influence achieved mainly through Australian dependence on the Chinese market.

With China's consolidation of a grab-and-hold approach to Beijing's extensive territorial claims in the South China Sea, a sustained uptick in global gas prices will probably lead to a resumption of E&P activity in Chinese offshore claim areas.

Extensive domestic investment in U.S. natural gas production and export relies on the demand push from Asia. On one hand, geographically more proximate suppliers to East Asia, notably Australia, seem in a healthy reserves position as Australia’s LNG export supply rose by 20 percent in 2017. On the other hand, reserves in Southeast Asia seem flat, without significant new investment inducements for foreign firms. Indonesian surveys are trending to ever more easterly locations in the archipelago, for example.

Regional politics ensnare much of what could become a re-energized offshore gas play in Southeast Asia. For example, sources describe understandings by Brunei and Malaysia which envisage some degree of Chinese oil multinationals' joint venture participation in their southern South China Sea locations, especially in maritime area where the Malaysian and Brunei EEZs meet, all of which fall, of course, within China's extensive (and by international law, illegal) territorial claim.

A political understanding is thus in place, should prices warrant a new, joint-development. The same ‘understanding' applies to the Reed Bank concession area claimed by the Philippines but contested by China. Some natural gas ‘joint development' there with Chinese firms, in E&P and in extraction and supply, now seems inevitable.

●      Natural gas via the shale revolution has reinforced the long-term decline of coal as power-generating fuel. In the 1970s, Japan and South Korea faced lots of air pollution and so made a policy switch towards natural gas. This is because LNG is a cleaner and more efficient fuel. Now, this switch has occurred in China (and somewhat less emphatically when it comes to implementation) in India as well. The authoritarian leadership in Beijing doesn't want to repeat the urban smog alerts of recent years. From a local political perspective, hard decisions about canceling some of China's 1,000 coal plants, scheduled just a few years ago for construction in 2017-20, are continuing to be made. All this points to an interim scarcity of natural gas and a seller's opportunity.

●      The rise of America's LNG supply has already reshaped the marketplace, expediting the shift away from coal. The most significant external infrastructure problem lies in uncertainty over the regular and reliable use by LNG tankers of the Panama Canal, where the volume of passage initially promised by the canal authority hasn't been achieved.

●      Despite a trend towards spot market transactions, those providing the desired infrastructure, whether through public or private sources, prefer long-term LNG supply deals to mitigate risk.

●      S&P Global Platts expects U.S. LNG export volumes to more than quadruple, from 14.4 MT in 2017 to 62 million MT in 2020—a jump likely attributed to the completion of four additional liquefaction plants.

●      The only qualifier on an otherwise buoyant LNG export picture lies in the possible deterimental policy and political outcomes, especially within the complicated nature of the U.S.-China relationship. Suppliers, producers, government planners, and importers all fear possible collateral damage to trade should diplomatic quarrels or regional tension cloud an already dense risk environment.